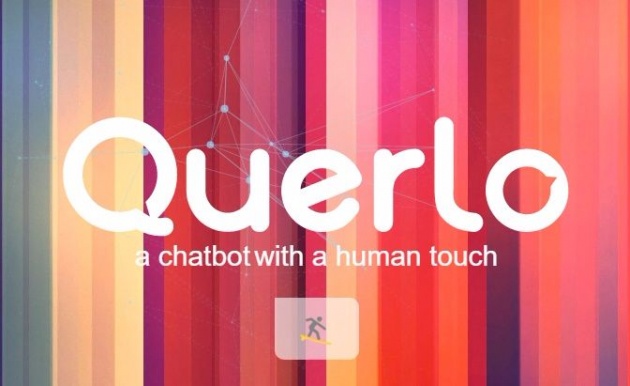 Anyway, I am prompted to write about this interactive chatbot because of my experience with another chatbot called Cleverbot many years ago. I don’t use it anymore because I usually find myself getting weirder and weirder responding to random, automated sentences generated by similar users like me, in a smart way. But I think is waaay different than Cleverbot, though they have some similarities.

What is A Chatbot? 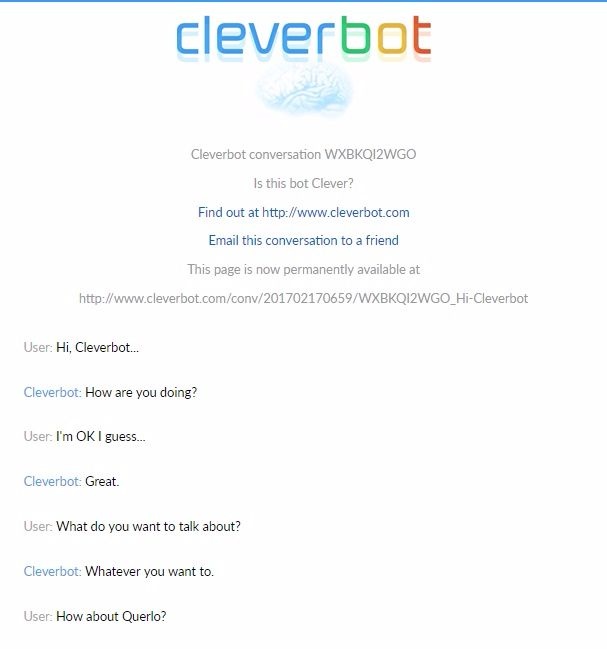 A chatbot is a computer application that can converse with real humans using audio (through speaker and microphone) and/or text (textbox). They are intelligently made to pass the Turing Test, the one which Alan Turing invented to tell computers and humans apart. 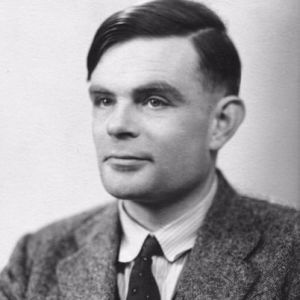 According to Wikipedia, there are two types of chatterbots: one who has pre-programmed set of instructions, and one who responds according to important keywords the human user speaks or types. Querlo is the former (afaik, the free service), while Cleverbot is the latter.

A Quick Rundown on Querlo

As Querlo’s official website says, “Querlo is a chatbot with a human touch.” Its patent is still in the works, making this technology unique and seemingly valuable at the same time. MTI USA Inc., the same company running up BitLanders, came up with concept and implementation of Querlo. I sense that they have a noteworthy goal in building this chatbot because they tend to team up with famous brands and embed important and relevant topics in almost all Querlo-made widgets so far.

From the above quote, one can assume that Querlo puts importance on brand reputation, but if you digest the words a little more, you will find that the brands highly depend on consumer input and satisfaction.

But Querlo is not just for Business… 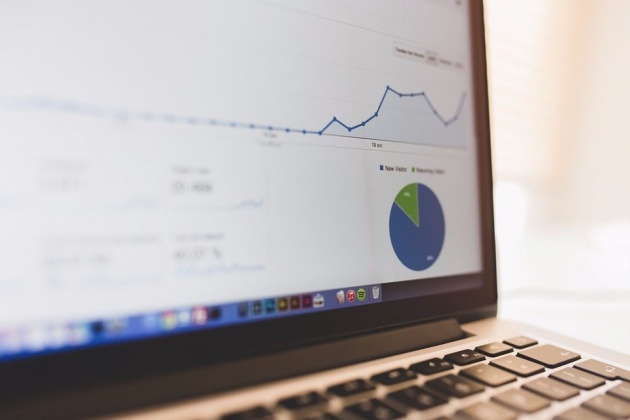 Anyone can benefit from Querlo. Its interface has limits, but it is not limited to companies understanding what their customers like and possibly direct their strategies to those ideas, or adding a little bit of info about real time events and relative facts. Even Cleverbot has many uses I find amusing (that, I think, am only utilizing). But I’ll include what I know, even the obvious ones. In fact, I’ll enumerate first the blatant uses for Querlo:

Every institution, small or great, needs a bit of information about their users. You go to some customer support, you fill up forms over and over again with the same set of questions. With Querlo, you can just create a database of general questions regarding a product or service, and you can just pick the info up when a consumer hit the right keywords, again and again. I know other programs have already been invented but this stand-alone chatbot caters to web browser users, having a sort of human touch to it that it wouldn’t feel like you’re filling up forms and an actual person is collecting your data and answering you. For sellers, it’s vital because human interaction (simulated or not) brings about a sense of invaluableness and urgency when communicating to their customers, and Querlo helps these institutions without needing to employ extra manpower at all. 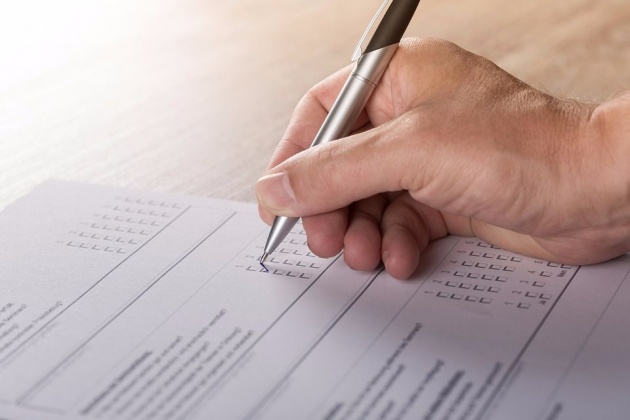 Want a quick buck? Answer surveys! The internet is flooded with survey sites, and survey companies even drop you pennies for completing such an effortless task. You’ll see here how companies are willing to shell out a couple of hundred, even thousands, just to know what a consumer thinks and feels. Sure, the surveyees would benefit from this, and as far as I know, even some Querlo-generated surveys also reward with bitmiles. But what about those initiators of surveys (that I still had no clue what is called)?

Let’s call them “surveyors,” for convenience sake. These “surveyors,” who are initiators or conductors of surveys, can utilize Querlo without teaming up with a survey company and getting the information and results they want. Cost is optional. Integration is a breeze. Customization: to your heart’s content. No fear for confidential information leaking out because of a third-party “surveyor’s” mishap. Isn’t it neat?

On a personal level, everybody wants to know something about the world. I know I do, it’s just hard to ask some people about it. With Querlo, you can possibly conduct a survey within your neighborhood how much effort they put in disaster preparedness (heh, just for example, OK) and be formal, polite and not seem nosy. I think it would be helpful in the long run. Or think about your school paperwork, if you’re a student. It’s real time data, with real people, contributing to your term paper in possibly all parts of the world, willingly and for free!

For fun and with little curiosity, I made my own set of questions using Querlo:

Are You Ready? Photo credit: rismedia.com

Feel free to answer it and please answer it truthfully. Thank you! 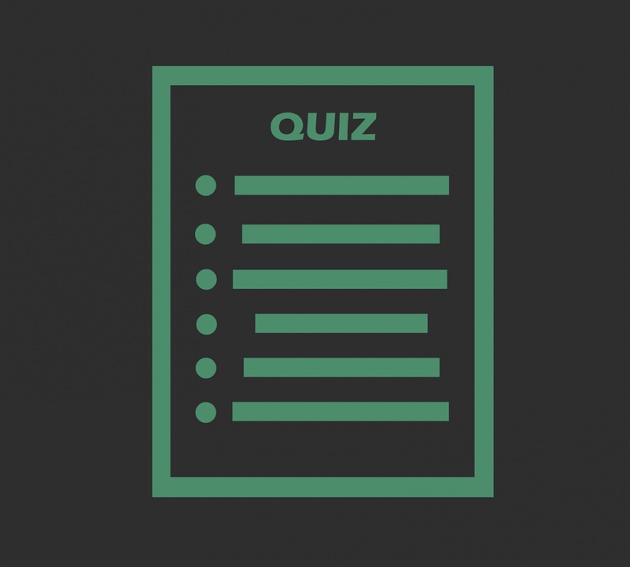 I think almost everyone here in bitLanders have had a taste of @micky-the-slanted-salerno and @hillary-summers questions. At some point, they would ask questions that have some definite answers to them. Thankfully, whether I’m wrong or right, I’m given rewards. Effort in participation, perhaps?

You can use the Querlo widget for conducting a pop quiz or something. What’s more is that you can add some quirky replies whenever somebody gets the answer wrong, just so they could at least smile over a mistake.

Students, teachers, hobbyists or nerds-wanting-to-have-a-little-fun would benefit from Querlo this way. Some chatbots can’t handle images, but Querlo can. You can insert images before or after a question.

Querlo is fun to use and set up, so if you’re feeling a little techie and would want to look a bit professional, embed it to your page or email and put in some valuable data about your chosen topic. The exciting part is that there’ll be audience interaction on the interface compared to just typing different facts on a webpage (that might not have comment section whatsoever). You might be surprised of what you’ll get from user replies and see the topic on a different perspective. 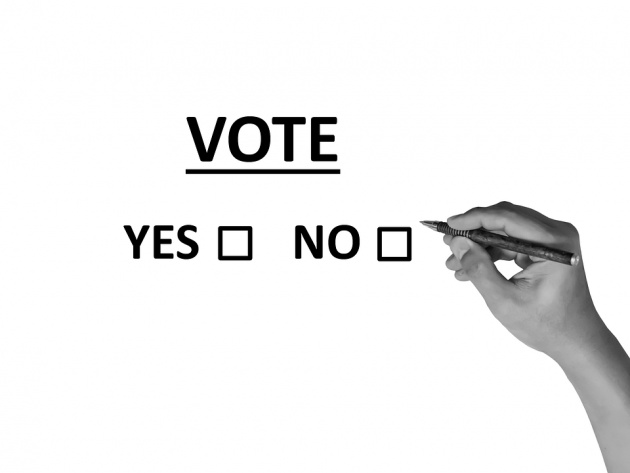 I know this is a bit off, but you can somehow work your way around this. I haven’t tested it because I’m just new to Querlo and have yet to gather ample data. So to know if those answering a specific Querlo chat can also view real time data and statistics of that specific Querlo chat, I asked them at info@Querlo.com, just to be sure.

You can just ask one simple question with many answers, like “which character do you most like in Stranger Things?” and then add the character names as answers. Querlo will give you statistics on who’s winning and their corresponding percentage from the total number of “votes.” Bonus is the graphical data.

Polls are mostly seen in forums and some other web portals that may or may not need user logins. With Querlo, you can just embed it to any html-friendly textbox and it would just pop up like a link, or you can copy the link and use it like a URL on a web browser. I now had a high gut feeling that Querlo is web programmed; I’m looking forward for its patent. 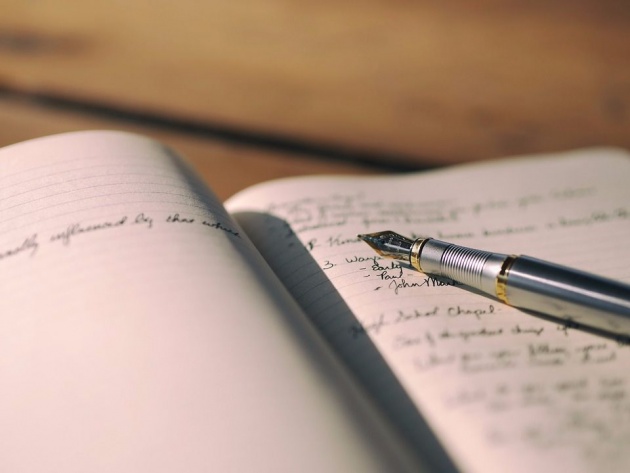 OK, this may sound weird but I actually do it with Cleverbot. Cleverbot’s aritifical intelligence is very smart that I can make them (random replies) have sense. I’m a bit inclined to test it on Querlo so here’s another chatbox just for you:

I have made short stories and poems out of this method (edited, of course, to make sense), and also have played word games for my self-amusement. Unfortunately, I can’t remember them and they all crashed together with my laptop. RIP literary works.

Disclaimer: Photo and video not mine. Written in my own words.

Querlo Tutorials | 3.4 How to add a "New Image Link" in the chatbot builder