Promotion and the Role of Social Media

Before starting my university course, I was not on Twitter, Linkedin, other social media and had only athletics related Google results. Now three years down the line, I have over 11,000 tweets, nearly 150 connections on LinkedIn and pages of relevant film hits on the search engine.

The rise of social media for myself occurred due to the desire to promote the work I was creating at Staffordshire University and possibly create contacts within the industry and a 'community' feel. Promoting my work through Twitter, Tumblr, Vimeo, Film Annex etc has been vital for exposure on projects (views, likes etc) and approaches from film festivals about submitting work.

A recent example of social media helping to promote work of mine comes from finding out 'A Creative Interpretation' was selected for a film festival and writing a blog about it on here. 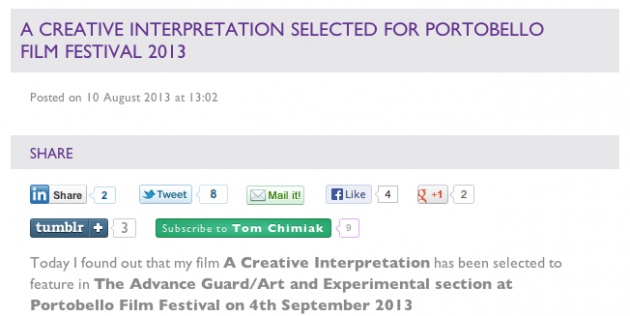 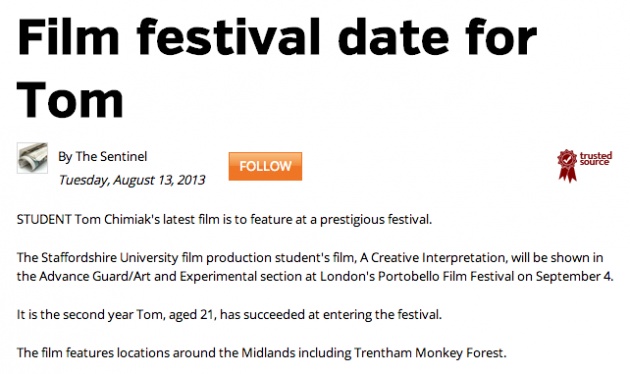 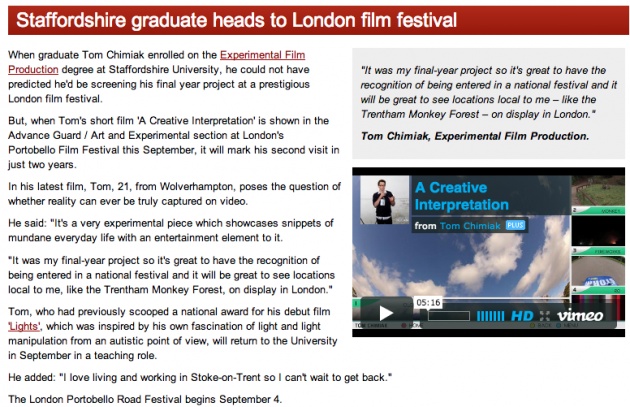 This Staffordshire University link then was promoted through Twitter and reaching new audiences, some examples below.

I think this example shows how one blog on Film Annex can be promoted and lead to the news or video being promoted through social media further than could ever be expected.

Social Media if used correctly can help gather an audience or keep track the 'buzz' around the work you create, the role, for me, is vital in today's technological day and age.  The bigger the audience the bigger the promotion and social media allows a seemingly endless audience to be tapped into.

So let's get re-tweeting, sharing, promoting work in anyway shape and form and make people hear your voice through the means of social media.