P^RTS- Shooting behind the scenes for Dir. Amanda Fox

I was recently asked to shoot a Behind the Scenes video for the short-film "P^RTS" by Dir. Amanda Fox. An excellent music video displaying the troubled relationship between a man and women, with an excellent backing track and visual style.

The films main premise would be that it is shot in Super slow-motion, however due to last minute changes the film was then shot entirely at 60FPS on a Canon 7D rather than 120+ FPS on a Sony FS700.

The film was shot over the course of a day in an abandoned room at the top of an old building, the crew was incredibly motivated throughout and the cast were exceptionally professional. I particularly interested in the visual style that the film was going for throughout, I have been very keen on the slow-motion concepts brought about in music videos in particular so it was a short-film that intrigued me.

My original role for the film was the chief steadicam operator, however due to last minute complications I was given the role of "making of", which I was more than happy to undertake. 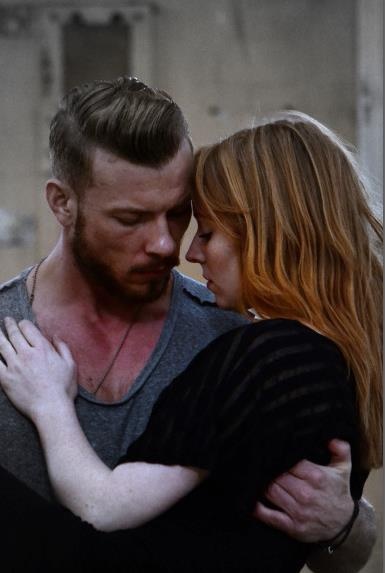 (Above) is a close-up still from the film with the two actors.

I think for a one-day shoot period what was accomplished is an excellent feat on behalf of the entire crew, and so I am definitely looking forward to seeing the final outcome when it is released.

Slow Trance music A little history about this song. It is the second song that I wrote in this genre…