Rethink Robotics, Home Of Baxter, Brings A New Robot Arm To The Party 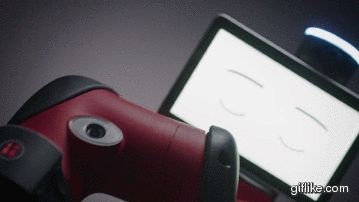 Remember Baxter, the robotic arm with a smiling face that you can teach to do simple, repeatable tasks? Well he has a little brother!

Rethink Robotics’ Sawyer is a smaller, lighter Baxter with a higher-precision hand. While Baxter was designed to, say, place items in a box over and over again, Sawyer can be used for “tasks that require significant agility and flexibility.” Interestingly the two robots can work together with Sawyer placing a screw into a hole and Baxter boxing the whole thing up, for example.

“Together, Baxter and Sawyer can address many of the estimated 90 percent of manufacturing tasks that cannot be feasibly automated with traditional solutions today,” wrote the company in a release.

The arm weighs 42 pounds and can carry up to 9 pounds. It has a tight 1 meter reach and it includes force-sensing at the joints that let it sense the position of parts in “semi-structured” environments, which means it can find a part even if the positioning is slightly off. It also supports barcode scanning and object recognition.

Sawyer will cost $29,000 – a little steep, obviously – but this is a great tool for folks who are trying to automate a manufacturing plant or experimenting with robotics. Think of it as a TOMY Armatron for the 21st century only a lot smarter and cooler.