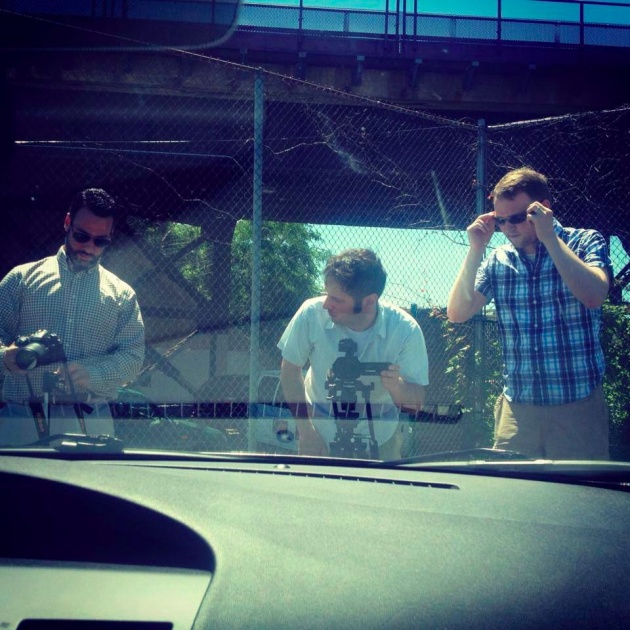 Before we decided to shoot the Reunion sketch we thought that it would be a good idea to do a read through. Actually, it was one of those things where we hadn't properly planned the day and decided that the sketch would turn out pretty bad if we didn't figure out the what and where's of the whole thing.

So, instead of showing up with a camera in hand and blowing the entire thing we went for a read through. We've done these in the past , but never recorded them. This turned out to be a good thing. We were all able to look at the first dry run through it and see what we thought worked and didn't.

This resulted in two more rewrites of the first draft before we got on set. Of course, there was still a ton of improvisation( something that happens frequently on the Sasketch Show sets.)

There is a giant parking lot in Woodside, NY that the crew thought would be great, if we put the car in the back of the lot where there is little to no traffic ever. It worked.

The one disappointment was the through the front window shot. The clouds rolled in and rendered every shot unusable due to the reflection on the windshield. There was also a problem with wind in the mic, but the crew lucked out thanks to the use(first time) of a second mic that was hung from the roof of the car.

Any how, take a look at both to see the changes that were made.

Since 2005. Lots of changes. Keeps getting better and they're still having fun.