Review: BUG (2007): A Frightening Movie About Madness From The Director of THE EXORCIST

William Friedkin is not a subtle filmmaker. Just watch The Exorcist (1973), The Guardian (1990), Rules of Engagement (2000), or Jade (1995), and you’ll understand. He likes to hammer audiences with wild, violent audio/visual assaults, while encouraging his actors to give it their all.

Bug (2007) is one of William Friedkin’s wildest, most harrowing films to date. There is no point really in summarizing the plot. Suffice it to say, it’s about two lonely, damaged people who get together in a motel room, and, slowly, lose their minds. To say any more would be unfair to the viewer and the film.

Bug , as directed by Friedkin, is a tightly directed hyper paranoid thriller that drips with menace and madness. But the film is based on a play, and it feels like a play, as the confined setting and the limited number of actors give it a stagey feel.

What transforms the film from another failed stage-to-screen adaptation is Friedkin’s direction of the actors, and the actors terrifically delivering the goods.

The two leads, Ashley Judd and Michael Shannon, deliver terrific, fearless performances that are impossible to forget. As their characters descend more and more into madness, the performances  become edgier and edgier, reaching manic, hysterical pitches that are a joy and a pain to watch.

But Bug  is not flawless. Like most of Friedkin’s films, the tone sometimes veers into unbelievable hysteria, and the pace is a bit uneven.

But there’s no denying that Bug  is a daring, unforgettable piece of cinema. It’s just not for everyone.

About The Author: Ahmed Khalifa is a filmmaker and writer. He is the author of Beware The Stranger, a horror novel, and Egyptian Gothic: Stories. Both books are available on Amazon here. He is also the writer/director of Seance, a Gothic/Horror film, and The Weapon, an action/supernatural Web Series, which centers on a vigilante called “The Hunter”. You can watch the complete first season, for free, here. 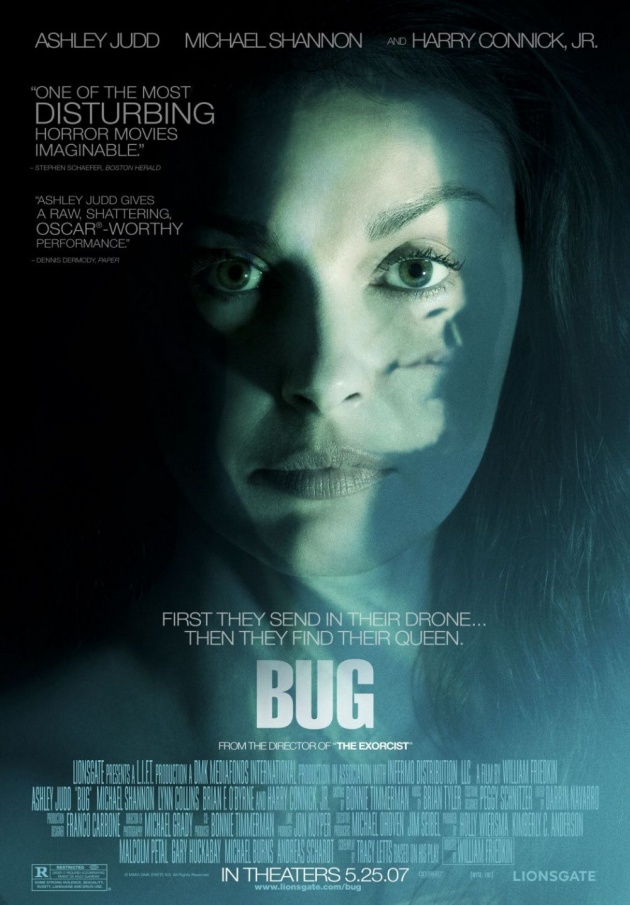 Movie review: OVERLORD - Photo credit:twipu.com, Edition by Amber255 via Bitlander.com One of the mo…

A Quiet Place : Less of a Horror, More of a Sad Movie

Video credits:Paramount PicturesviaYouTube This movie review is a submission for "The bitLanders Fil…

Horror Movie HALLOWEEN Review - we waited for it 40 years

Halloween is just around the corner. Micky The Slanted Salerno announced in his It's time for Hallow…