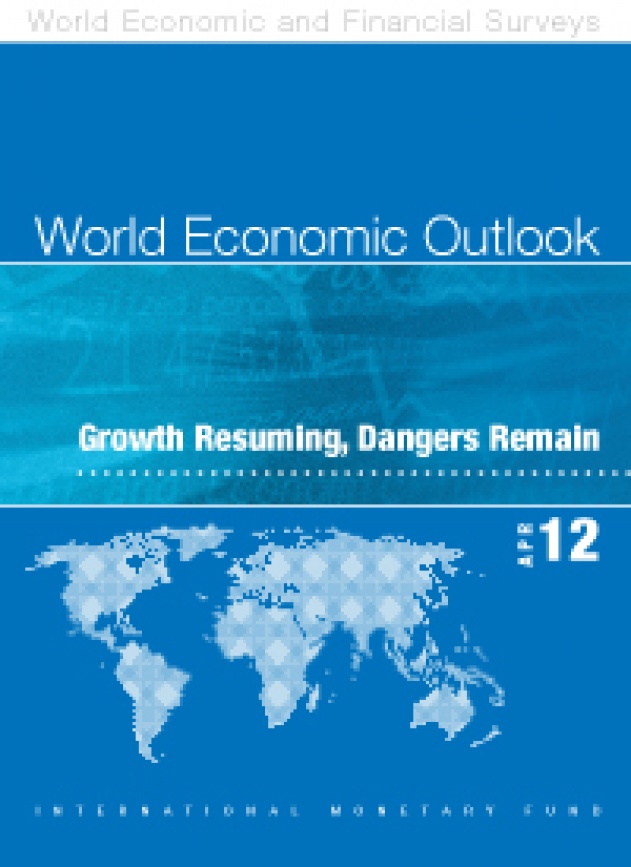 “For the past six months we’ve been on a rollercoaster ride. Our baseline is that growth is going to be slow in advanced economies; sustained, but not great, in emerging market and developing economies. But the risk of things turning bad again in Europe is high. Although action by policymakers in Europe and elsewhere has helped to reduce vulnerabilities, risks of a renewed upsurge of the crisis in Europe continue to loom large, along with geopolitical uncertainties affecting the oil market,” according to the International Monetary Fund.

Global growth is forecasted to drop from close to 4 per cent in 2011 to about 3.5 per cent this year, picking up to 4.1 per cent next year, according to the report, which comes ahead of the Spring Meetings of the IMF and the World Bank in Washington DC. The IMF projects a “mild contraction” in the euro area, where concerns about high sovereign debt and fiscal consolidation have taken a toll, although Germany and France might see positive growth.

Unemployment remains stubbornly high with austerity not improving the prospects for jobs. The report called on governments to strengthen policies to solidify the weak recovery and contain potential risks that can weigh on consumer and investor confidence. Advanced economies should implement medium-term budgetary savings, but not in a way that could undermine the recovery. In developing countries and emerging markets, policies should be geared toward ensuring a soft landing for economies that have seen sustained, very strong credit growth. In meantime, commodity prices, particularly petroleum represent another heightened risk. See our Blog for Film -"Reducing Speculation/Manipulation in Energy Markets"

Regional prospects are summarized below for all global areas, but US growth is projected at 2.1 per cent in 2012 and 2.5 per cent next year, reflecting ongoing fiscal consolidation and continued weakness in housing prices. Canada will moderate slightly to close to 2%. Read our Blog for Video -"Europe v North America Economic Prospects" .

• North America. U.S. economic growth is projected at 2.1 percent in 2012 and 2½ percent next year, reflecting ongoing fiscal consolidation and continued weakness in housing prices. In Canada, growth will moderate slightly to close to 2 percent.

• Asia. Weaker external demand has dimmed the outlook for Asia. But resilient domestic demand in China, limited financial spillovers, room for policy easing, and the capacity of Asian banks to step in as European banks deleverage suggest that the soft landing under way is likely to continue. Overall, growth in Asia will average 6.0 percent, with China slowing to 8.2 percent and India to 6.9 percent.

• Europe. Real GDP in the euro area is projected to contract in the first half of 2012 but then start recovering, except in Spain, Italy, Greece, and Portugal where recovery will only begin in 2013. Many advanced economies outside the euro area avoided large precrisis imbalances, which helped cushion the spillovers from the euro area. But in the United Kingdom, whose financial sector was hit hard by the global crisis, growth will be weak in early 2012. Growth in emerging Europe is projected to slow sharply to 1.9 percent this year, reflecting its strong economic and financial linkages with the euro area. Europe as a whole will see projected growth of 0.2 percent in 2012 and 1.4 percent next year.

• Russia and Commonwealth of Independent States. Weaker exports to Europe and policy tightening in some economies will moderate growth this year, even though commodity prices will remain high. Overall growth will fall to 4.2 percent.

• Latin America and the Caribbean. Growth is projected to moderate to 3¾ this year before recovering above 4 percent in 2013. Overheating risks have receded but could reemerge if capital flows rev up again, putting exchange rates under pressure. Overall, the report says the outlook for the region is promising.

• Middle East and North Africa. Growth in the region’s oil importers will be constrained by strong oil prices, anemic tourism associated with the social unrest in the region, and lower trade and remittance flows reflecting the ongoing problems in Europe. Among oil exporters, negative developments in the Islamic Republic of Iran are projected to be offset by increased oil production in Iraq and Saudi Arabia and a bounce back in Libya. Overall growth for the region is forecast at 4.2 percent in 2012, with oil producers buoyed by continued high oil prices, but inflation will average 9.5 percent.

• Sub-Saharan Africa. The pace of growth is projected to pick up in 2012 to 5.4 percent, with the region relatively less exposed to the global slowdown but not immune to spillovers from the euro area’s problems. South Africa, which has stronger trade and financial ties with slowing Europe, is struggling with subpar growth and high unemployment.

MOTIVATION and its IMPORTANCE

Hello Everyone! I am here again with another interesting content. I often used to watch motivational…

Global Internet of Energy: A Dream to be Made Reality.

Vedio by technikon3avia youtube Once the idea of internet was a dream. But this dream became truth a…