ROAD AND DIRECTION FOR THE EMPOWERMENT OF WOMEN 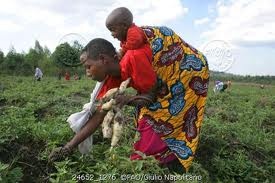 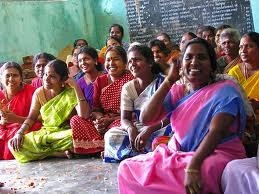 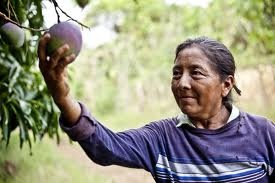 UN COMMISSION ON THE STATUS OF WOMEN CONFERENCE 56th Session (CSW56) opened today, 27 February, 2012, to an enthusiastic crowd queued outside UN Headquarters, New York in an abundance of sunshine matching high expectations. The Permanent Representative of Liberia to the United Nations, Marjon Kamara, welcomed attendees. Conference theme will be “Rural Women, Their Contributions, and Challenges.” The conference will run through 9 March and will include a variety activities, smaller meetings, and plenary sessions. Tomorrow evening, 28 February, 7pm, General Assembly Hall United Nations HQ in New York City will be venue for a very special concert to highlight problem of female genital cutting/mutilation and to catalyze response to completely halt such practice/abuse of women/girls. The United Nations, The Permanent Mission of Italy, UNFPA and UNICEF will present UNICEF Goodwill Ambassador and Grammy Award Winner Angelique Kidjo in concert to support Global Efforts to End Female Genital Mutilation (FGM). I hope to provide a recap of this seminal programme. With twenty-five percent (25%) of the world’s population accounted for by rural women, their increased role as providers for their families and the world’s food supply is critical. Women’s education and empowerment is necessary to achieve Millennium Development goals in eradicating poverty, achieving sustainability, and increasing economic, social, and health mobility. United Nations Entity for Gender Equality and the Empowerment of Women, UN WOMEN, Un Secretary-General and Executive Director Michell Bachelet, states: “Gender Equality Must Become a Lived Reality.” For UN Women Press Release and details of the Conference, See: www.unwomen.org/2012/02/rural-women-their-contributions-and-challenges-to-be-highlighted-at-un-commisssion-on-the-status-of-women-27-february-9-march/ By, Susan Sacirbey Facebook: Susan Sacirbey and Diplomatically Incorrect Follow on TWITTER @DiplomaticallyX Photos: Courtesy of UN Women, FAO, and McCay Savage Other Film and Blog Reports: Film Report: CONCERT TO END FEMALE GENITAL CUTTING diplomaticallyincorrect.org/films/movie/concert-2end-female-genital-cutting/30015 Humanitarian Channel: diplomaticallyincorrect.org/c/humanitarian United Nations Channel: diplomaticallyincorrect.org/c/united-nations Diplomatically Incorrect Channel: diplomaticallyincorrect.org/c/diplomatically-incorrect