ROBOCOP – THE FUTURE OF POLICE PATROL

Get ready and get used to the future with the convergence of robotics, motor vehicles and law enforcement aka the autonomous or optionally manned vehicle used for police work and highway patrol.

At least that’s what BMW and Honda proposed during last year’s Design Challenge for the LA Auto Show. Honda proposed its Advanced Design’s CHP Drone Squad that paves the way to the future of police work. 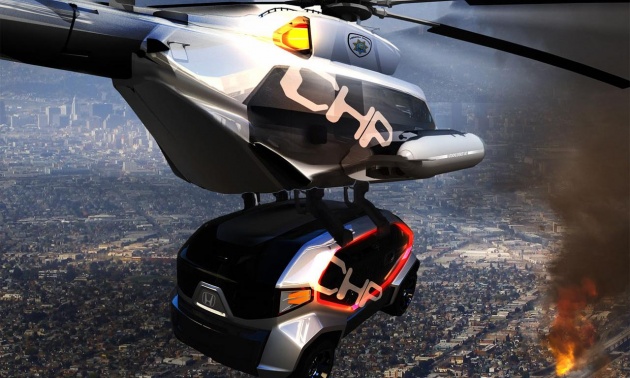 Honda’s Auto-Drone is basically an optionally manned vehicle that is capable of deploying two smaller two-wheeled motorcycles called Moto-Drones, which can work together with the larger ‘commanding-vehicle” in order to chase down any offenders.

Sounds like something straight out of a science fiction movie and slightly George Orwellian doesn’t it? Well this is the path to the future, as many predict these autonomous and optionally manned vehicle will be very well present by 2025. 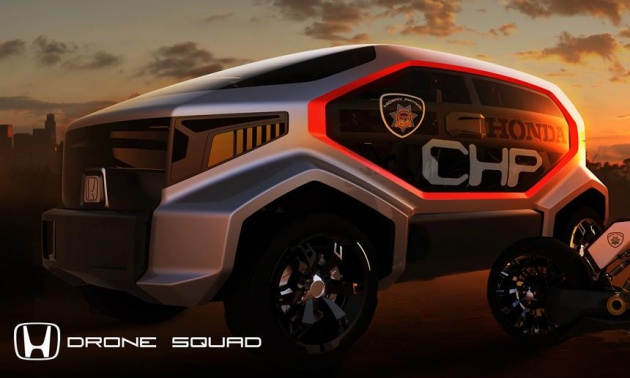 One of the primary reasons for the surge of research in the autonomous vehicle market is due to the expected rise in the amount of pollution and vehicles on the road. Given the significant rise in the global population, imagine how many drivers we will have in the roads in two decades time.

On the other hand we have BMW, which is developing its E-Patrol vehicle that will deploy either aerial drones or single-wheeled unmanned vehicles to gather information, according to Popular Science Magazine.

The ultimate goal within this project is to bring RoboCop to life in the form of an autopilot style police vehicle used for highway patrol that will give out tickets left and right, without being swayed by human emotion. 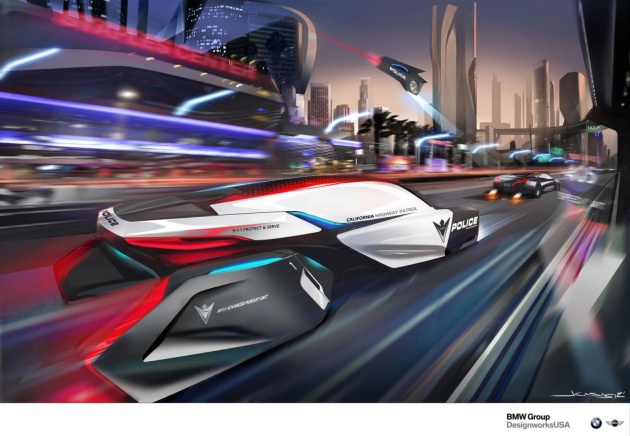 So crying, whining, and the fine art of creating very intricate excuses is a dying field and will no longer help us free ourselves from a traffic violation anymore. Well, we still have at least two decades before any of these expectations become reality but we are on our way.

But have no fear, this rise in research and development of autonomous vehicles also translates to the general public; meaning, more citizens will be driving autonomous or optionally manned vehicles, which will ultimately increase safety and help prevent any traffic violations. So all is well! 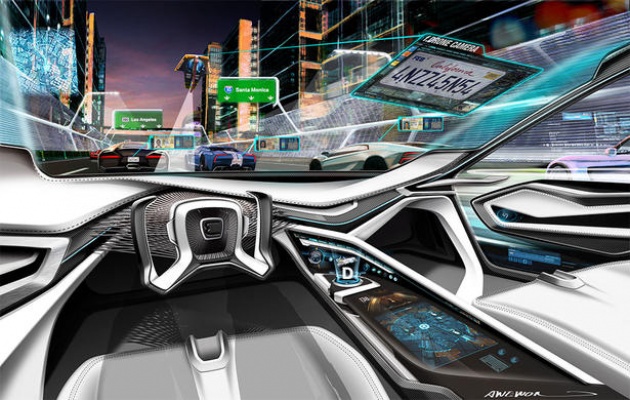 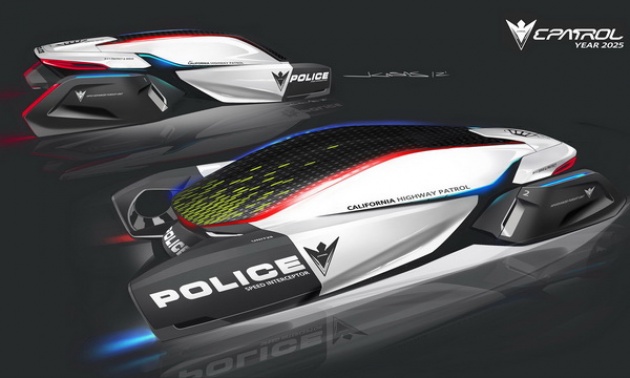