The peak sheet of the earth is covered with soil. Plants cultivate in soil because it consists of rock and organic matter. The organic matter there in the soil is humus, which consists of dead undergrowth and animals particles. Humus makes soil productive.

MOST FERTILE SOIL. The most lush soil contains fine elements of sand and clay. Such soil is set up beside rivers, reason for that is, when the rain falls on mountains, water brings these particles with it. So, when the river reaches the smooth lands, the flow of river decreases as compared to that in mountains. These particles start depositing on the side of rivers, thus making such areas fertile. The combination of such particles of sand and clay is called alluvium. 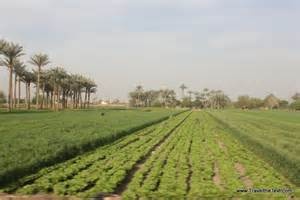 LESS FERTILE SOIL. Cultivation is mostly carried out on flat land. It is hard to grow crops on stony areas because the rocks do not attract water and are very hard. The Rocky Mountains are non-fertile land because of rocks. There are some mountain areas which are fewer fertile than the areas in flat land. In such areas, farmers make leveled fields to grow crops on the slopes of mountains. These leveled fields are called terraces. 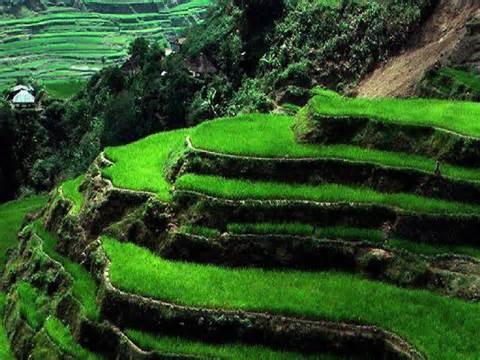 NON-FERTILE SOIL. The most uncultivated land or the most unfertile land is the desert. Deserts are formed in areas where there is no rainfall or water and such land is covered with sand. The deserts are covered with sand which in hot summer becomes very hot and in winter it is extremely cold. Even the day and night temperature are very different. Due to such extreme climate and no water, it is impossible to cultivate the desert. 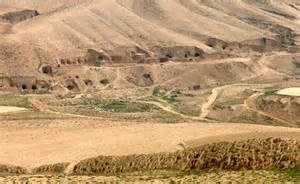 LOSS OF FERTILE LAND. (SOIL EROSION). The soft and fertile soil can be washed away by heavy rains and strong winds. This is called the soil erosion.

SALINITY. Another way the soil can become less fertile or totally useless is because of soil salinity. Soil salinity is the salt content of the soil; salt-affected soils are caused by excess accumulation of salts. Almost all water, even natural rainfall contains some dissolved salts. When plants use water, the salts are left behind in the soil and eventually begin to accumulate. As soil salinity increases, salt-effects can result in degradation of soil and vegetation, because it makes it more difficult for plants to absorb moisture from the soil and they die because of lack of water. The salt can accumulate to such level that it comes over the ground and covers it like a blanket which is seven visible to the human eye.

PRESERVATION OF FERTILE SOIL. Preservation of fertile soil is important because land loses its fertility with time. Artificial fertilizers are added in soil to increase its productivity. The farmers are advised to add fertilizers before every crop.