Dallas Buyers Club takes the painful issue of the HIV AIDS epidemic in America and makes it personal. This great movie tells the extraordinary - and true - story of Texan Ron Woodroof. He's a straight southern cowboy who knew nothing at all about the HIV virus when he was first told that he had it. He had the shock of a lifetime. This is film entertainment that is gut wrenching and educational.

The audience discovers along with Ron what it means to be labeled as HIV positive in a country that was far from understanding the AIDS disease, the U.S. in the 1980's and 1990's. I was a research scientist at the time, and briefly worked in a lab at Cold Spring Harbor Laboratories in New York, on experiments to uncover how the DNA of the virus controlled viral growth and reproduction.

HIV was a mystery, treatments weren't working, and infection was lethal. Years later, I wrote a fictional novel about HIV infection, called Vector A Modern Love Story about a young woman who catches HIV from an older man.

The Changing Face of an Epidemic

When HIV was first identified as the cause of AIDS, people who were infected could only expect to live another year at best. Because of better treatment, now people with HIV who are treated, live nearly a normal lifetime.

Things have changed, mercifully. The anti-viral treatment for HIV is safer now and easier to take than in the past. Now it is as simple as one pill a day, while it used to be many pills along with injections for combination therapy that worked against the virus, but was also dangerously toxic to the body. Today medication can drastically cut down the amount of HIV virus in a person's blood, without major side effects to the rest of the body.

Here is a photo of the talented actor who plays Ron Woodroof, Matthew McConaughey, at the premiere of the film: 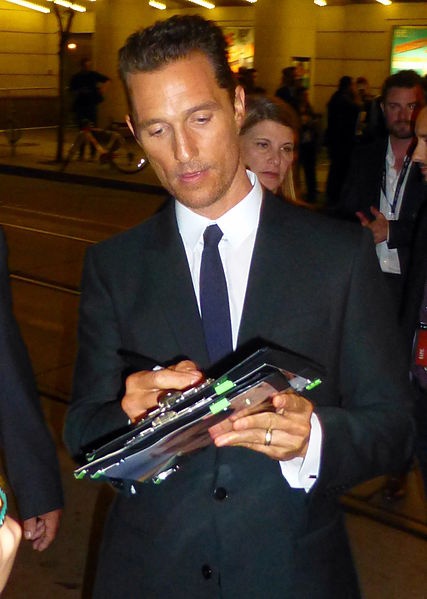 The Epidemic Rages On Without the Fanfare

Without nearly the attention it used to command, the HIV epidemic rages on. More than 35 million people are now infected with HIV worldwide. Many do not know they have the infection, any more than Ron Woodroof did. The only way to find out is to get tested, a quick and inexpensive test any healthcare provider can give.

In the United States, over 1 million people have an HIV infection, according to the U.S. Centers for Disease Control and Prevention , CDC. Of these, CDC estimates that 180,000 people have HIV but don't know they are infected. Getting tested for HIV is important for health and to prevent the spread of the disease to loved ones. Each year about 50,000 more people are infected with HIV and about 15,000 people with HIV die. HIV infects both men and women, gay and straight. Now, about 3/4 of people living with HIV in the United States are men, and 1/4 are women.

I highly recommend Dallas Buyers Club as a dramatic movie that shines a light on how an epidemic affects an individual man. Matthew McConaughey brings the story to life with force and authenticity. His business partner in the story is equally fascinating, played by Jared Leto. Don't miss this amazing film!