Science in Film: Women with Klout

Sigourney Weaver is a woman with klout in science films. With strong roles in great movies from Gorillas in the Mist to Avatar, she is an actor who frames the scientist personality masterfully on film. 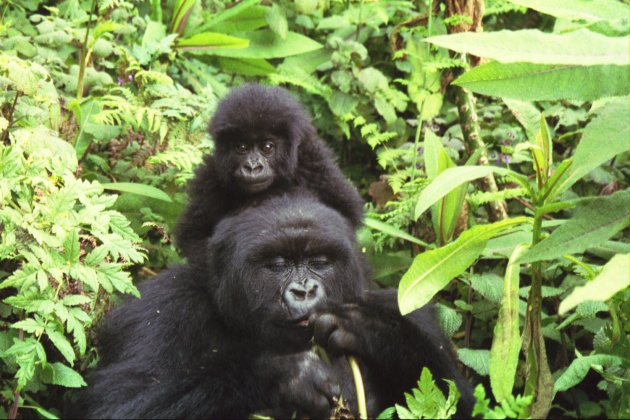 In the biopic Gorillas in the Mist (1988), Sigourney Weaver is scientist Dian Fossey, murdered while studying gorilla behavior in the wild, in Africa. Her version of the scientist is a strong, fiercely independent personality hiding a softer private side. In Gorillas in the Mist, she asks her partner what people must think of her. The pause in his response gives us all time to ask ourselves the same questions: How do we see her? How do we really think of women scientists?

Bob Campbell: You're the story. You're what people are interested in. The gorilla girl.

Scientist Dian Fossey: It makes me look like some real weirdo.

Bob Campbell: Crawling around the mud in this climate after a bunch of gorillas might be perceived as weird.

Bob Campbell: I do. Absolutely. Without question. I also think you are wonderful.

I trained as a scientist with a woman also known as “different”. Nobel Laureate Barbara McClintock studied genetics of corn plants and spent her days in farm fields at Cold Spring Harbor laboratories, where I worked with her on my genetics PhD. She was unusual and wonderful. She had a favorite saying about success in science:

“You have to have a feeling...for the abnormal.” - Barbara McClintock, Biologist

Women with Klout in Science - How Far Have we Come?

Women go into biology and chemistry in school as often as men do, but far fewer women study engineering or computer science. When it comes to jobs after the training period:

Government and industry both set new goals to focus on changing this imbalance. Proposals for better early education, scholarships, and seeking out female job candidates come out every year, along with statistics showing progress in women finding success in the sciences.

Role models help pave the way for girls looking at science in their own futures. When Sigourney Weaver becomes the experimental psychologist in the fictional plot of Red Lights (2012), she’s a powerful force. In this mysterious drama from Rodrigo Cortez, the psychologist obsessively debunks psychics as frauds, facing off against Robert De Niro. She dominates her charming assistant, a junior level scientist played by Cillian Murphy.

Sigourney Weaver is an actor known for transforming into a believable scientist in film, and is a role model. Here she is in an interview about her recent film Abduction as the therapist for the hero, Taylor Lautner.