SHARING ON SOCIAL MEDIA CAN BENEFIT RAPE VICTIMS AROUND THE WORLD 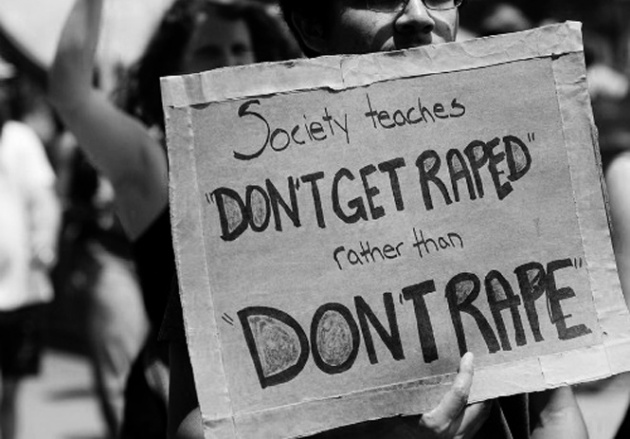 Rape is not just a normal felony. It's a crime of its own kind that should be assessed and judged separately from any other offense. It's the ultimate cowardly violation of an individual who is helpless, and symbolizes the dominance - and emotional annihilation - of one person over another. Victims of rape find themselves dealing with severe physical, psychological and social consequences, often overlooked - even downplayed - by society. You're told what not to do in order to avoid such incidents, and how to react in case you find yourself in such circumstances. However, what effort is being made by our society to deter sex offenders from violating innocent people? And how much is being done by our culture to teach our citizens not to rape? 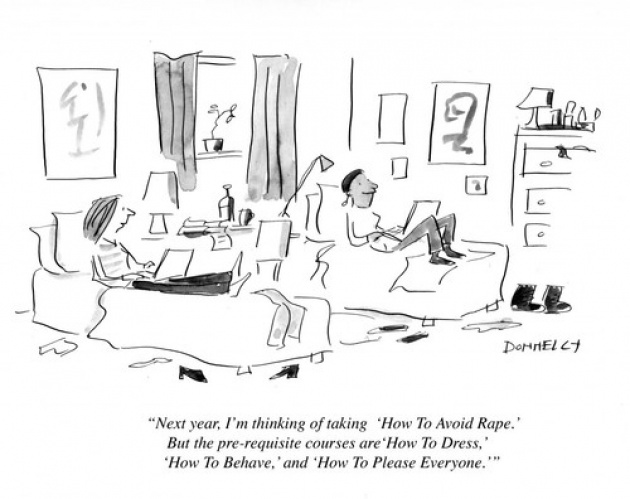 Last January in Somalia a woman was sent to prison when she tried to accuse the men who raped her. A court in Mogadishu stated that she made false accusations against security forces during an interview, inexcusably "insulting the government". The journalist who interviewed her was also sent to prison. Human rights activists highlighted that not only a crime had gone unpunished, but also that the freedom of press had been denied.

In the eastern area of the Democratic Republic of Congo armed groups continue to use rape as a weapon of war. Episodes of mass rape have been going on for years, with the perpetrators rarely being convicted. Last month several officers were suspended after allegations linking them to a mass rape happened this past November. However, nobody seems to know what this "suspension" exactly means, and what is being done to bring justice to the victims.

In Nigeria the minister of women's affair has declared the death penalty for convicted rapists is being considered. The rate of rape cases reported in this country is increasing so quickly that lawmakers are taking into consideration any possible measure to deter sex offenders.

Recently India has been all over the news because of ongoing episodes of rape occurring throughout the country. This past December a student was raped and murdered in the capital while she was boarded on a bus. Earlier last month, the kidnapping and rape of a 5-year-old girl sparked further protests. Last week another 5-year-old girl died in another province as a result of being raped. Sexual abuse is disturbingly common in India, and the victims are often mistreated and humiliated by the police. 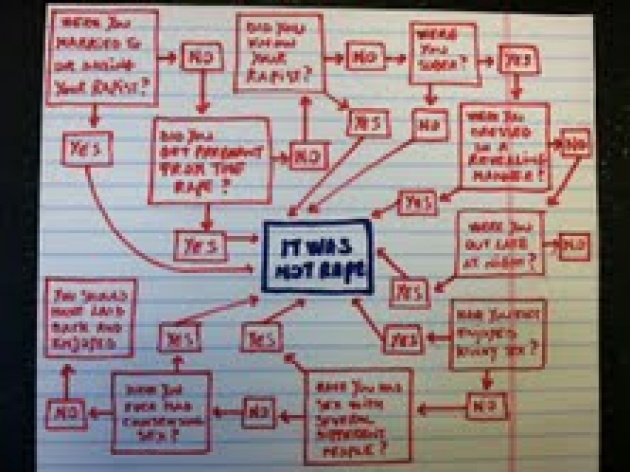 Unfortunately, in countries like those listed above the cases of rape that are made public represent only the tip of the iceberg, as most incidents continue to go unreported. This happens mostly because in traditional cultural systems families don't want to be connected with the social stigma attached to rape. Many victims are scared to reveal what happened to them, either because they think they won't be believed or because of the difficulty in proving their cases in court. Furthermore, when there are convictions, rapists are usually sentenced to just a few months in prison, while the victims - and their families - have to live in shame for the rest of their lives. The governments of such countries - which find themselves under pressure from the international community - struggle to pass bills containing harsher punishments for sex offenders, but without a radical change in the social attitude toward rape the road to justice is still long and arduous. If the police, medical officials and the courts don't change the way they deal with cases of sexual abuse, nothing will get done, and innocent people will continue to suffer, silenced by a discriminatory culture that has no place for them. In the societies above described raped women become outcasts in their community. Marriage becomes unlikely for them, and they're often forced to live as rejects for the rest of their lives. Denouncing their violators often brings shame upon their own families, and because of this, sometimes they even become victims of honor killing. It's no surprise why in these circumstances many women commit suicide. 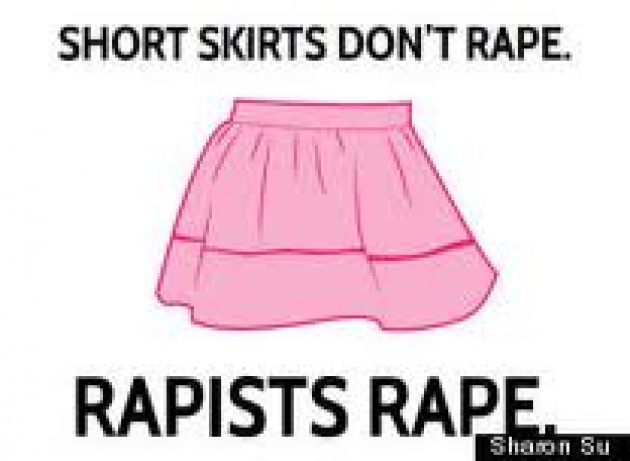 I'm fortunate to live in a country built by democracy and freedom, in which people are free to express their opinions, and are treated equally in front of the law. Nevertheless, I'm aware that even here in the United States the concept of rape is still minimized, and labeled by ignorance and prejudice. We consider our society immune to the type of injustice happening in other countries, when in reality rape is still a misunderstood and underrated offense. Our culture spends so much time - and money - teaching us how to dress, talk and behave for "our own safety". However, how much of the taxpayers funds are allocated to educate our citizens about rape and what it realistically means? Instead of treating rape as a taboo, shouldn't our society encourage a constructive dialogue so that our next generations can better understand the gravity of this crime? Today, most of what we watch on tv and on the big screen is about violence and sex, so shouldn't we start questioning the appropriateness of some of the broadcast material, and wondering whether or not this is allowing our community to grow? Also, shouldn't there be a change in government spending so that sex offenders would receive more severe punishments for the crimes they committed? And along with making sure we have sound laws in place to discipline the perpetrators, shouldn't rape victims receive the support they deserve? Many are left alone dealing with their trauma. Some are even ridiculed.

Last month a Canadian teenager committed suicide after being allegedly raped by a group of 4 boys. Rehtaeh Parsons was only 15 when she was sexually assaulted by the gang. Soon after the incident, one of the boys circulated nude photos of her, beginning a bullying process - still unpunished - that would last an entire year. During this time Rehtaeh developed the suicidal thoughts that eventually would prompt the decision of taking her own life. To the eyes of her relatives, the justice system failed her. 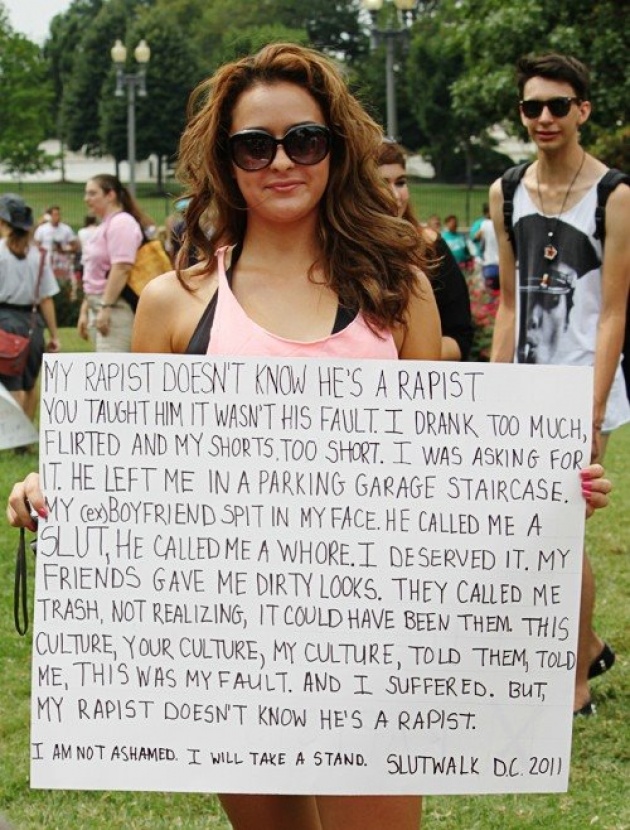 What can be done to help the public opinion better comprehend and sympathize with what rape victims go through? How can they receive the support and encouragement they deserve, so that they could recover more quickly? It's ironic, but social media network strategies can truly provide the additional help these individuals need to bounce back and take control of their own lives again... the very same social media that hurt Rehtaeh in first place.

Sharing on social media can help all victims of rape express their right to make their voice heard, and demand justice. The story of a single person can show how to empower thousands more, so that crimes such as rape will no longer go unpunished. Furthermore, the support that social media campaigns can generate is limitless, and can make a huge impact in the lives of those who are willing to utilize it in a proactive way. What I love about social media blogs used in the right way is that everybody wins, with those who did wring suffering the consequences they deserve.

Media and education can feed the hope that with more global awareness about rape around the world every culture that needs a change will change, including ours. We only need to make it happen.