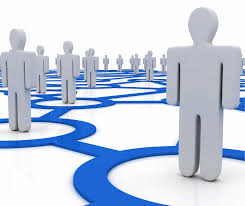 Sharing on social media is no longer just a trend; it has become a lifestyle that creates communities of thousands or millions of people, based on same interests and tastes. All social networks are part of a relatively new, global phenomenon, called Web 2.0. The most famous social networks are: Facebook, MySpace, Twitter, YouTube, Linkedln, Tumblr, Wordpress or Flickr. Facebook is the largest social network in the world, counting over 900,000,000 users at a global level. The platform was launched in 2004 by Mark Zuckerberg and his college mates.

A lot of social media campaigns take place on these networks. Why start promoting through social media? Because that is where the public is. You need to go wherever people are, and communicate in their language. Using the social media for marketing purposes is becoming  more popular and utilized, as well as efficient.

Strategies for social media include marketing through viral videos. Once optimized and published, a viral video will attract constant visitors, who will manifest interest in case you have products or services to offer. In my opinion, Film Annex Video Channel and YouTube are the best networks for video sharing. Not only do these networks already have an audience, but you can also directly communicate with other users.

A blog is not only an instrument for expressing thoughts, but also an excellent tool for building a community around a website. Your knowledge can be posted online, to prove your competence, enthusiasm and experience to the potential clients. Therefore, social media blogs allow you to develop and improve your online activity, and even earn some money.  A great start would be to make an account with Film Annex and start blogging and filmmaking. According to Mashable, Social Media is a $16.9 Billion dollars business.

The popularity of microblogging, such as Twitter, is in full expansion. These sites, built around the idea of mobile internet, combining blogging with the characteristics of instant messaging, in order to create a completely new instrument of mobile communication.

People who own businesses, promote them online. Social networking statistics show that 8 out of 10 online users are registered on at least one network, and 9 out of 10 businessmen use social networks as marketing tools.

Social media networking strategies include posting short messages and using pictures (pictures are more meaningful than words), thus making sure other users will reply to your posts. You can find out what they think about your company and what you can improve.  It is useless to say that this type of marketing is free and a lot more effective. This will also save you precious time.

Therefore, sharing on social media is something every modern person does: either for fun and interacting with friends, and even promoting their business. It is a phenomenon that is not going away anytime soon; on the contrary, it will develop even more. Statistics even show that people who are of older age start to become active on these social networks, even though they had mocked them before.