Calling the US, same as Soviets', the Taliban has called upon the nation to stand against the 'US forces' and drive them out of the country just like the USSR. 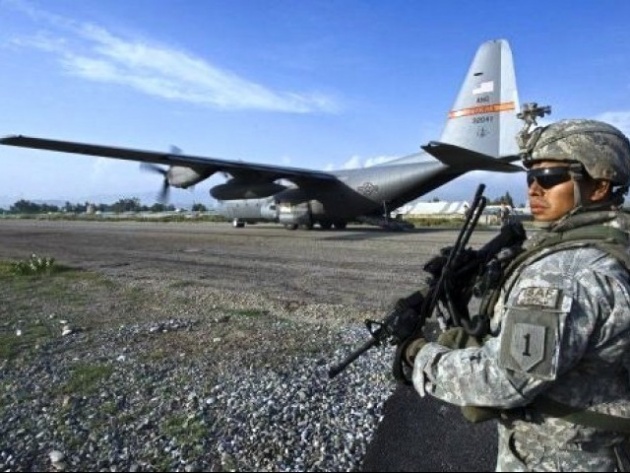 Today (Saturday), marking the 25th anniversary of the USSR withdrawal from Afghanistan, the Taliban Spokesman 'Qari Yousuf Ahmadi' released a formal statement regarding the brutality of the USSR, the killing of a million innocent Afghans and destruction of the country that later on was followed by a pulverizing civil war, however, the whole nation stood against them and the soviets were defeated.

With over 62,000 US troops and 34,000 NATO troops currently deployed in Afghanistan, neither Obama nor Rasmussen said how many of the troops would be left for training purposes ahead of 2014 withdrawal, however, both the US and NATO allies are finally deciding to withdraw their combat troops which had hitherto been deployed to and withdrawn from different parts of the country particularly Southern Afghanistan.

The Taliban, however, have already returned in larger parts of the country. They have gained in strength back and are in effective power now. Most importantly, there has been a sudden shift in their stance. Many senior Taliban have decided to hold a dialogue to reach a political solution for Afghanistan with President Hamid Karzai ahead of the troops withdrawal. President Karzai has indicated a clear sign in this regard by ordering the release of 65 prisoners from Bagram prison despite objections from US.

According to a statement sent by Dubai-based Taliban Leaders to 'Express Tribune' on Friday,

“If we want our country to remain free from foreign domination, we have to launch an inclusive intra-Afghan dialogue immediately.”

This sudden change of shift in mindset of the political leaders in Afghanistan, the main stakeholders that are the Afghan neighboring countries, US & NATO and the Taliban indicates the seriousness of the situation and their attitude towards it.