After taking a much needed break from the production of Shine, I have returned to it with fresh ideas and motivation. I was always afraid to take a break from the production as I wasn't sure if I would ever come back and finish it. During University, I would often make films within the space of a couple of months. This was a great practice for the time as it taught me to meet deadlines and helped me develop a strong work ethic. Now that I don't have a deadline for this film, I am learning to take my time with my art, which I have realised can be very important. 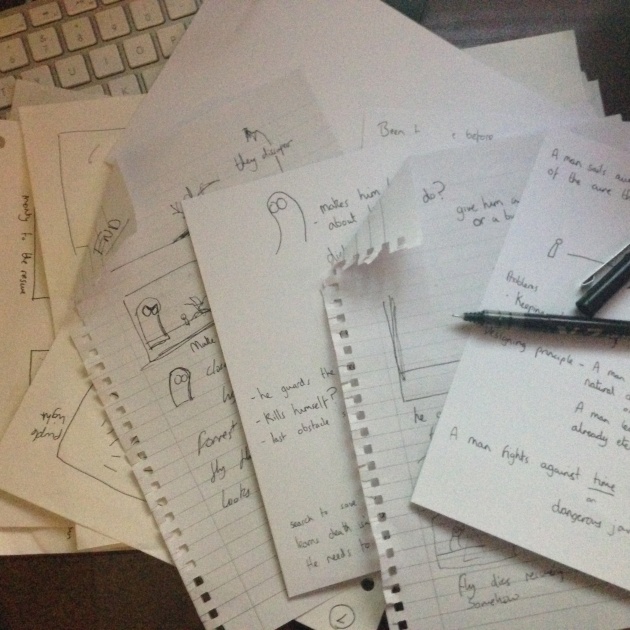 (My mess of production notes and storyboards)

As I had always been so used to making films in a relatively short time, I found that I was rushing past problems, instead of trying to work on them. I would always look back on my films and wish I would have taken more time developing the story. With Shine I did take more time developing the story, but I began animating the film early so that I could make changes along the way. The problem with this was I lost motivation to make any necessary changes once I had animated a first draft. Taking the break that I did has renewed my motivation and I am able to approach my story development with a fresh and creative mind.

I guess what I have learnt from this is not being afraid to take time off from a project.

So what I have done with this renewed motivation?

I am developing and changing the end of the film to a point where I am happy with it. I have taken a completely new approach to creating the ending which I will probably detail more in a later blog. I have also reviewed the draft edit and pinpointed areas that need changes so I will be working on correcting these mistakes too.