Recently I had the chance to continue experimenting with some different animation techniques to see what will work best for my next film 'Shine'.

From the last test I did, I decided that I would like to add more depth to the image and clean up some of the compositing. First of all, I designed a forest scene and created all the separate layers of depth I would need by cutting out black card. I then placed them behind a white sheet separately at differing distances and shone a light through them. Then, with the help of Tim Orchard, we composited the layers in after effects to create a final rough image.

Here is a still from the shadow puppet scene with layers composited: 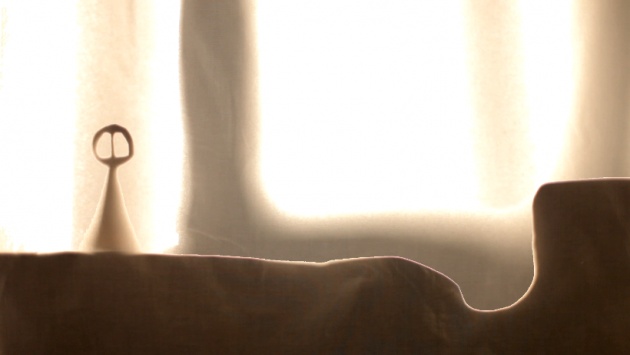 Alternatively, I decided to re-create the same scene entirely on the computer. I created the layers again on Photoshop and lined them all up to create a similar image to the shadow puppet scene.

Here is the same scene but entirely drawn in Photoshop: 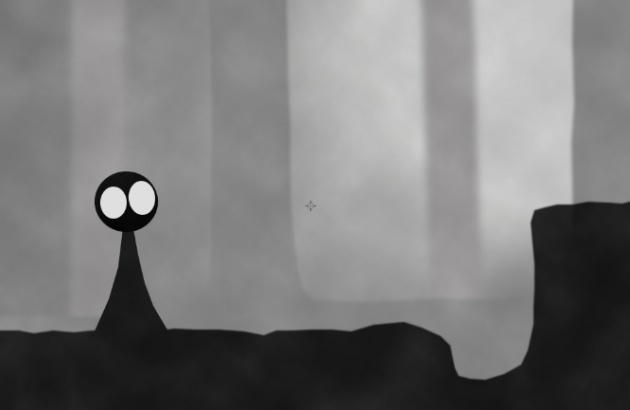 After trying out both methods, I found that creating the scene on the computer was a lot more efficient and easier, but the final image lacks the 'charm' of a shadow puppet scene. Tim suggested that the scene would become a lot more atmospheric if it had more moving parts, for example grass blowing in the wind and birds fluttering away in the background.

For my next test, I plan to work more on making the shadow puppet scene easier and create more moving elements. I also plan to experiment with combining computer generated images with the shadow puppetry to see if I can improve the atmosphere of the image.

Special thanks to Tim Orchard for all the help! Check out his WebTV here - http://www.filmannex.com/webtv/timorchard