As long as I can remember, I've had an incurable obsession for motorcycles, ranging from vintage Nortons; right through to modern day super bikes, and not to mention that addictive smell of two stroke. Such a thrilling hobby as an advanced motorbike rider has left me with countless stories to regale, such as very close calls, gorgeous locations once visited, and best of all; it has helped me generate film ideas, for the present.

Given our recent film brief of a short-drama for my course at Staffordshire University, I thought what better a time than to bring one of these ideas to life, under the working title of "A Waking Dream". 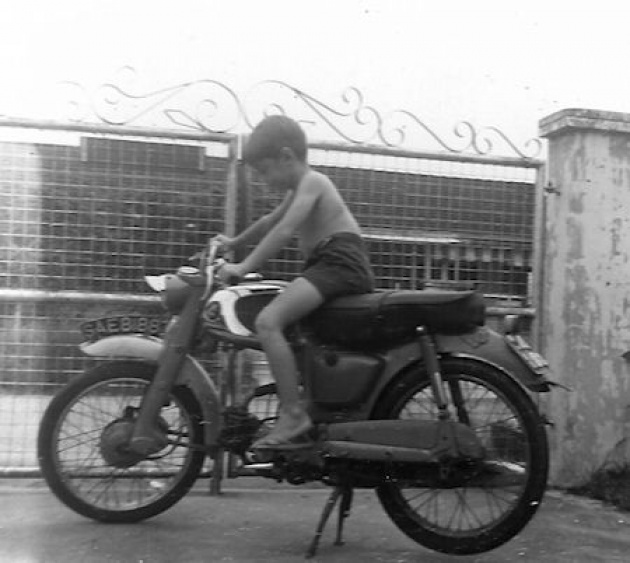 I soon found that once I finally had pen to paper over this idea, I just couldn't stop developing it. Ranging from the various locations I wished to film at, the piano track I wanted composed specifically for the film, the creative shots I had clear in my mind, props, right down to the tone of voice I wanted in my voice-over track!

Needless to say I began pre-production for this project 'weeks' before  we were even intended to actually start. Without giving much away from the plot, the story I have created revolves around a single character, a 73 year old man named Michael, an old motorcycle enthusiast that now refuses to leave his workshop, and instead lives out the rest of his days tinkering with old bike parts, and reminiscing in silence over past adventures.

He has however; lived life to the fullest in his time, by taking many adventures with his childhood friends on their now 'vintage' motorcycles. This is portrayed through the footage of old locations they had once ridden through, as well as old framed photographs.

However there is no dialogue whatsoever in my film, the narrative develops through the use of a sombre voice-over that hints as to what has developed over the years between Michael and his friends, and the cause of his current loneliness.

There are specific feelings I intend to evoke from the audience through this story, and as  a film maker. I just have to continue to work hard on this project and hope that it provokes the intended reaction.

I will continue to post on the progress of my film over the coming weeks, including any setbacks or complications,

but once again thank you for reading, and Ride safe!