SHOULD STUDENTS JOIN POLITICS OR NOT?

In the world there are two groups of people who think differently about the participation of students in politics.There are many people who think that students should take part in politics.If they do not ,they must be tempted or even drugged into it. There are others who think that students should not allowed to take part in politics. Dr. Johnson says , “Politics is the  refuge of scoundrelss”. It shows that it is a controversial issue and needs a cool-minded and dispassionate consideration. 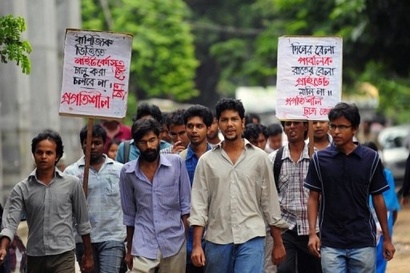 Politics a serious game and requires maturity and coolness of mind. A sword looks looks beautiful in the hands of soldier who has completed his period of training. A knife is undesirable in the hands of a child who might cut his own finger or injure an innocent brother or sister. Similarly, politics is not  the game of children; it is the job of seasoned people. Students should not take active part in politics. They should not attend political meetings or join political procession. They should not work for any political party. The word student implies one who is devoted to studies. So the first and foremost duty of students must be to give full attention to studies. If students take part in politics instead of attending classes, they will surely belies the hopes and ambitions of their parents. 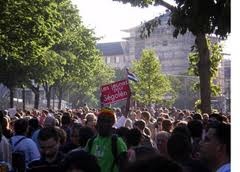 Students are generally emotional. They can easily be exploited by the politicians for their own ends. They misguide them by telling them that students are the mainstay of the nation in future. In fact, students are not so much interested as the politicians want them to be. The politicians try to pick up one or other problem concerning colleges or university and make the students to agitate against it. They even bribe a few students and make them ready to demonstrate on the roads. They should boldly refuse to play in the hands of politicians. 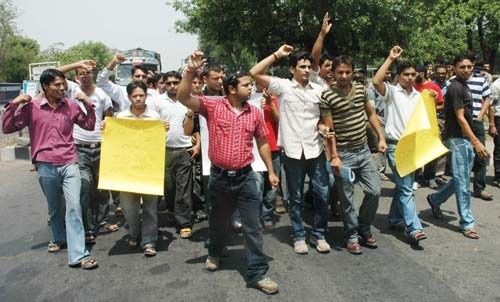 Though it is good for the students to avoid politics but it does not mean that they should completely shut their eyes about it. The youth of today are leaders of tomorrow. It is desirable that the students should make  a detailed and careful study of the political problems at the national as well as international level. They should know the critical problems of modern world. Thus they will be able to tackle the political issues when they have completed their courses of study. So it is advisable for the students to complete their studies  first and should not take keen interest in politics. But if the national honour is at stake or the freedom of the country is in danger, students are not to sit idle spectators. They are needed to come forward and play their active role in defending their country.

Photo credit: www.philstar.com This mass vaccination program had been an issue for about a week in t…

In Pakistan history of Prime ministership is dreadful and davasted.. Prime Minister is the political…

CPEC: A game changer for both countries!