Shukria Barakzai was hurt in a suicide bomb attack 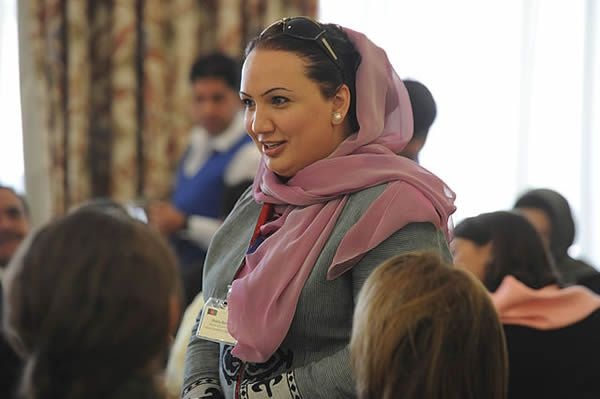 On November 16, female Afghan parliamentarian Shukria Barakzai was hurt in a suicide bomb attack on her vehicle in Kabul. It occurred when she was traveling in a convoy with other MPs on their way to parliament. A car tried to ram her vehicle and then exploded. Barakzai, 42, has fought for women’s rights as a member of parliament since her election in 2004.

Several days ago while at work, my colleagues and I heard an explosion near our office. We immediately wondered how many people were killed or injured. And soon enough we learned that a suicide bomber had tried to kill Shukria Barakzai, one of 69 female members of parliament, who was a former journalist and at one time ran a secret school for girls.

She received only minor injuries, but three other people were killed, including a young girl. And more were injured, among them Ms. Barakzai’s driver.

Explosion: This is something we know very well in Afghanistan. It is almost something normal. For those of us who live and work in Kabul, for instance, it seems like we hear explosions every day. These are attacks against members of parliament and other government officials. Yet innocent bystanders are killed too. So in our home, our own country we are not safe. There is always the chance of being near to one of these explosions. You go outside, but you don’t know if you will come back alive.

Some days I feel as if life in Afghanistan for humans is worse than for animals in countries around the world. In some countries animals are safer, better protected than the people of Afghanistan.

Apparently a taxi driver was one of the people killed in this explosion. Think about that. He may have been the only man working for his family. Perhaps he had many children and they were attending school and university. Now there will be no one to support his family. Perhaps he was the only hope of the whole family. And who will take care of them now?

The explosion took place near a private university. So a place of learning became a place of fear. Students who attend could be future leaders of Afghanistan; people who we hope will make our country a better place. No doubt, their families support them under very difficult conditions. Maybe their fathers are working in roads, or as cooks in others’ houses or maybe they are working as day workers who wait in the streets for many hours until someone hires them to work that day. The mothers of the students might work too, cleaning houses or washing clothes. These parents send their daughters and sons to school and universities in the hope that tomorrow their children will work in offices and earn money.

The brutality of these attacks is not only in the explosion but in its aftereffects. People live in fear of explosions and bombings. Conditions of poverty continue because of this fear. To live like this, inside this horror, is disgusting. Why can’t Afghanistan be like other developing countries? Why can’t we live safely and securely—without worrying about today’s explosion? Why not some good news each morning instead of the news about who has died or been injured in another explosion?

I ask these questions of the government and I ask the world. Why should I spend all my time living in fear? Perhaps the next victim of an explosion will be me or someone close to me. My question is why?