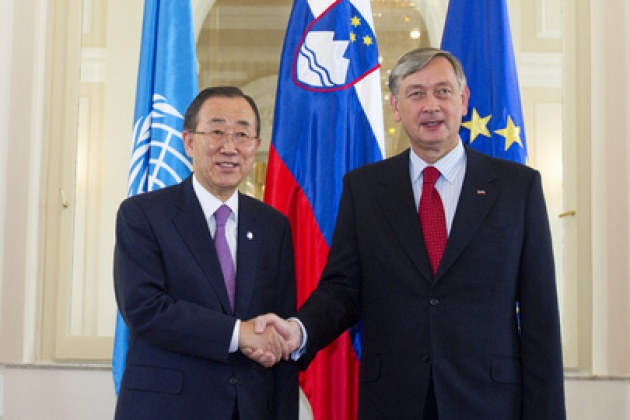 “I am confident that Slovenia is a natural partner of the United Nations, and that our ties will grow stronger and stronger in the future,” UNSG Ban said in the address delivered in the capital, Ljubljana, the first stop on a visit to all parts of the former Yugoslavia. He is scheduled to visit Serbia, Kosovo, Macedonia and Montenegro-Bosnia & Herzegovina will be his last stop while he is currently in Croatia..

Recalling his previous visit to Slovenia in 2008, Mr. Ban recalled touring the Tromostovje – the three bridges that cross the Ljubljanica River and which connect the historical, medieval part of the capital with its new, modern counterpart. “Today I would like to discuss three more bridges for Slovenia,” he said. “The first: the bridge from your Yugoslav past to your European future. Second: the bridge connecting your neighbours in this region to their European aspirations. And third: the bridge linking Slovenia and the United Nations in our global mission for peace, security, development and human rights. I am convinced that these new ‘triple bridges’ will be as monumental, lasting and impressive as the Tromostovje.” 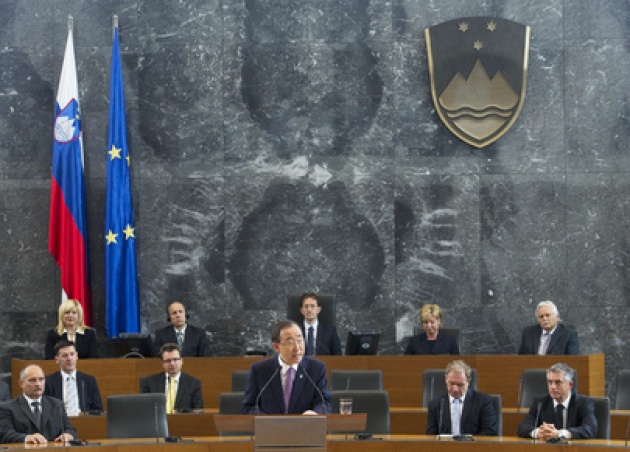 Slovenia's Links/Responsibility to other parts of Former Yugoslavia:

“From the start, Slovenia had a different geopolitical situation than the other republics of the former Yugoslavia. Slovenia was fortunate to be largely spared the most brutal experiences of war. At the same time, it had a responsibility to help others who were affected. Slovenia took up that challenge, and is still rising to it today. Clearing the last remnants of war is essential to lasting stability. There are other ‘mines’ that could explode with pressure. We have to de-activate underlying tensions and distrust through dialogue and reconciliation. I am grateful to Slovenia for promoting these goals in this region by serving as a host to all peoples.

“You understand that ridding the region of the last remnants of war is essential to lasting stability. So, too, is ever greater integration with Europe,” said Mr. Ban. He added that Slovenia’s deep engagement with the UN is proof of the country’s conviction. He expressed gratitude for the service of Slovenian peacekeepers, and highlighted the country’s contributions in the area of development and humanitarian aid, demining, and promoting inter-cultural and inter-religious understanding. 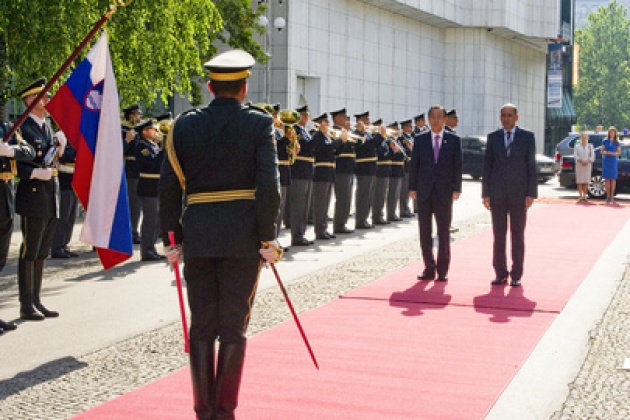 Mr. Ban also praised the example the country has set in the area of the advancement of women, noting that he is addressing the Parliament at a time when it has the most women present in its history, with one female for every two male Slovenian members of parliament.

Also today, the Secretary-General met with the Slovenian President, Danilo Turk, Prime Minister Janez Jansa, and the President of the National Assembly, Gregor Virant.  (President Danilo Turk is former fellow Ambassador having represented Slovenia during my tenure and served as Adviser to the Secretary General's office till 2005. I also consider then Ambassador Turk as friend of Bosnia and transparency when he was one of key persons that pressured for Srebrenica Inquiry from UN in late 1990's. President Turk and I still maintain contacts-Read our Blog for Film: diplomaticallyincorrect.org/blog_post/kofi-annan-srebrenica-lesson-to-syria/46416  ) They discussed the regional situation, including the significant transition of the countries of the former Yugoslavia from war to peace and the active and growing contribution of Slovenia and of the other countries of the region to UN efforts around the world.According to UN News Centre: The Secretary-General underscored that the UN deeply appreciates Slovenia’s commitment to the Organization, especially in times of economic challenge, according to his spokesperson. They also exchanged views on the worrying situation in Syria and the future of the UN observers there. 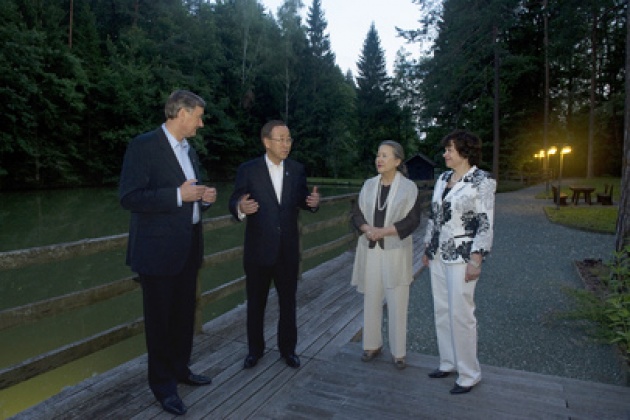 Querlo - working with Paragon Partnerships and GRBN for the Global Goals

With Querlo, the bitlanders' team looked assuredly passionate about expanding the platform and its u…