As we approach the halfway point of the 2014 Sochi Olympics, #inthelab is taking a moment to pause and reflect on what we've seen so far.

Prior to the opening ceremonies the conversation revolved around the amenities (or lack thereof) in the Olympic Village, the alleged mass execution of stray dogs and the aggressive threat to personal electronic devices.  The specter of terrorism was very real.  And yet here we are half way through and you know what?  Things have gone off pretty much without a hitch. There have been a few surprises, we have seen some great and some not so great performances. There were complaints about the some of the venues and a few athletes suffered injuries during training runs. Some competitors withdrew from events they felt posed a risk to their safety. But for the most part the sport and the spirit of the games are being represented as they always have.

Not surprisingly the current medal leaders include Germany, Norway, Canada, The US, The Netherlands and the hosts of the party, Russia - all countries with an abundance of ice and snow.

Last Fall, #inthelab attended the 100 Day Countdown to Sochi event here in NYC, where we spoke with some of the 2014 hopefuls and former champions to get their insights on what to expect at the games. We spoke with Women's 2013 World Champion Ski Jumper Sarah Hendrickson and while she didn't medal today, she was the first ever female to jump in Olympic competition. Way to go Sarah! We will learn later today how Freestyle Skier Heather McPhie fares in her event and Bobsledder Steven Holcomb begins his quest to defend Gold won in Vancouver in 2010 on the 16th.

So like the rest of the world, #inthelab will sit back for another week of competition as these world class athletes go for the gold! 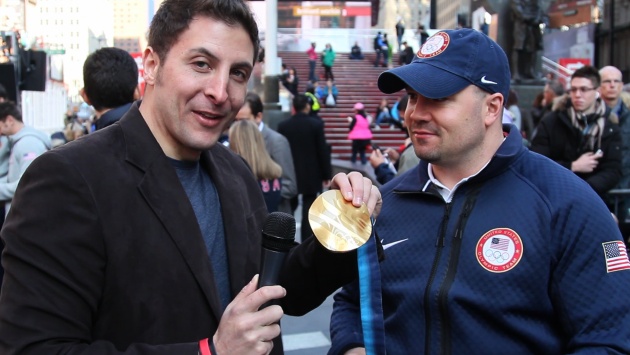 What To Do in Lithuania: Indoor Snow Arena For Skiing

What To Do in Lithuania: Indoor Snow Arena For Skiing - Photo credit: Amber255 via Bitlanders.com I …