Many of you already know for my serial about prohibition. I have written two blogs, one of them was about Lucky Luciano, and other one was about true story behind movie 'Lawless'.

Maybe that was wrong, maybe I should have written this part first, because in this part I will share with you some basic things about this period. When I say 'basic things', I mean, what it actually was, why it was important, what was happening then... and a couple similar things.

Of course, I will share with you some interesting stories about things that were happening in prohibition.

Now, we can start!

Credits: Stuff you should know

Since 16 January, 1920 United States of America were dry country. That was the last day when people in United States could buy alcohol. 18th amendment prohibited producing, transporting and selling alcohol drinks. But, in the whole country you still could find lots of various alcohol drinks.

In every big city you could find many producers and many smugglers. That leaded to organized criminal. Many gangs were producing alcohol, and it brought them a lot of money, and also power. Some of the most powerful and most dangerous gangsters of all times become 'successful' during the prohibition. For example Al Capone ( you will read more about him in next part. I am sure that everyone know who this man was, so I will give my best to find some less-known things about him.).

During this period many 'ordinary' people were arrested, because they were buying alcohol from smugglers and gangsters. That made some very serious problem to police and authorities. They could try to arrest everyone who was producing, transporting, and smuggling it, but they could not arrest everyone who was selling alcohol. United States of America are really big country, and many people there love alcohol, you can not arrest all of them.

It was not illegal to drink alcohol It was illegal to produce, transport, buy and sell alcohol, but it was not illegal to drink it. If you had some alcohol in your home, you could keep it, and drink it in your home. Nobody would arrest you because of that. Many people bought a lot of alcohol on 16th January, 1920, because they knew that prohibition will least very, very long.

Of course, it was suspicious if you had a barrel of some very strong alcohol, without brand on it. But, if you had a bottle of your favorite whiskey, that was okay, and you could keep it, and drink it.

I am sure that you know that in past some drugs were sold as medicines, for example cocaine. people truly believe that cocaine is helpful, and that is can heal many diseases.

There were a couple cases when alcohol was allowed during the prohibition.

For example, vine for communion was not prohibited, but number of priests was growing and growing. That was really suspicious to authorities, but they could not stop that. I mean, you can prohibit alcohol, but you can not prohibit religion.

In pharmacy shops you could buy some alcohol drink, for example whiskey, some liquors, and some other drinks.

Of course, you could also buy medical alcohol ( we are still buying it, we are using it to clean wounds. This alcohol is toxic, it is too strong, and people should not drink it. It is not clear enough when I say 'should not'. Medical alcohol can bur organs, and person who was drinking it, can die. That is why nobody was drinking this alcohol. But, when you mix it with water  or some juice, you can drink it. ).

People could not buy as much as they wanted to buy, they had some restrictions. For example, you could buy a half of liter of medical alcohol every ten days.

What was happening with addicted people?

Of course, during the prohibition many people were addicted, and they were doing many things to get it. They were ready to do anything, so they were drinking medical alcohol, and they were risking and buying alcohol from gangsters and smugglers. 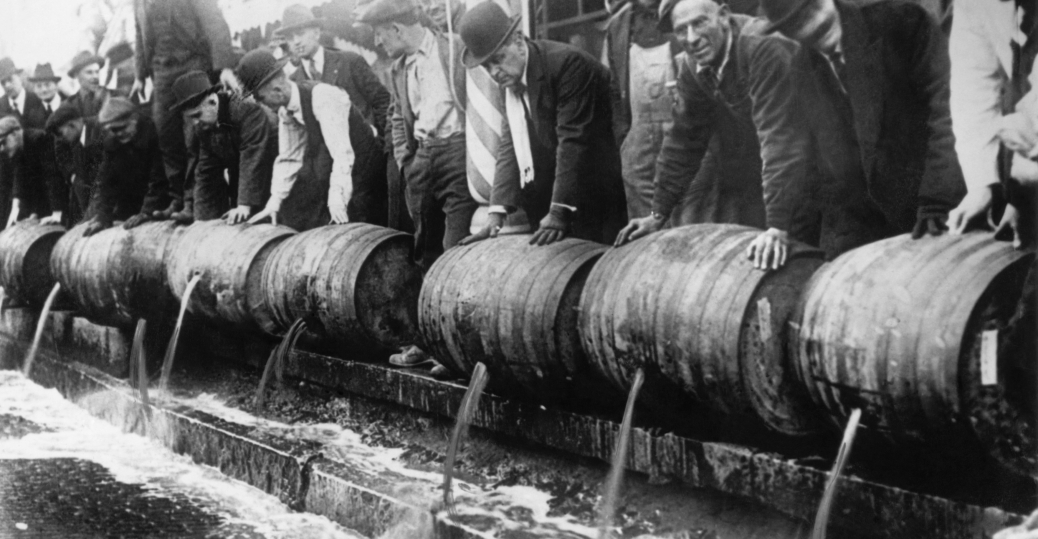 Many people lost their lives in prohibition

Many people lost their lives in this period. Some of them were killed, because they were selling, transporting, or producing alcohol. So, we can tell that they were criminals, and criminals are loosing their lives almost every single day. We an say that it is normal. I mean, not normal, but the is something what is happening every day. We got used to it.

Many police officers were killed by gangsters, because they were trying to arrest them, and to take their alcohol. We an tell that this is also something what is happening, and what we also get used to.

And many 'ordinary' people died. Why? In every big city you could buy various alcohol drinks. Those drink were produced in some hidden factories. In some woods. And, nobody was measuring percent of methyl alcohol. SO, they were making a lot of alcohol wit high percent of methyl. As you know people who drink methyl alcohol can become blind, and even die. When you buy alcohol drink in some shop, in some legal shop, they guarantee for that drink. You should not worry about percent of methyl in it. Smugglers were not checking that, and people who had some troubles because of methyl, could not just walk into some court and tell what has happened to them, because buying alcohol was illegal too.

There were many bars where alcohol was served across whole United States. Those bars are called 'speakeasies'. They got that name because owners and bartenders were telling to guests  to 'Speak easy' while they are ordering alcohol drinks.

They had to invent many ways to make various drinks where people will not taste the alcohol. That is how many cocktails were made. Some of those cocktails we are still drinking nowadays, just they are legal now. Some of them are:

Can you tell me which one is your favorite, and did you know that it was made in prohibition?

And people, that was all for this part. I hope that you liked it, and that you learned something from it.

(This whole serial is about other side of history. This is something you will not hear in school.)

If you liked it, let me know that. 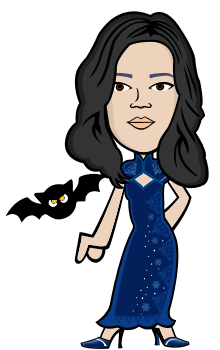 True Story Behind the 'Lawless' movie

Welcome to another blog about prohibition. I am now pretty sure that I will make serial of blogs abo…