Here are some beverages and soups that you can make at home, which are not only tasty, but also loaded with health benefits.

1. Heart - healthy juice: Blend together half a cup each of beetroot, red grapes, pomegranate seeds and a cup of watermelon in a blender and make a juice. Serve chilled, garnished with coriander leaves. Beetroot contains organic nitrates, which are known for reducing blood pressure; red grapes contain resveratrol, a compound known for its cardioprotective properties; pomegranate is loaded with natural antioxidants and compounds known to delay the onset of hardening and narrowing of arteries; whereas watermelon contains an amino acid known a citrulline, which is known to have vasodilatory (one which widens blood vessels) properties.

2. Heart - healthy tea for diabetics: Add half cup of ginger, 4 cinnamon sticks (an inch long), 5 green cardamom,few peppercorns to a glass of water and boil on low heat till the level reduces to three quarters. Dip two green tea bags for a minute; add a teaspoon of fresh lemon juice, along with a half a teaspoon of honey and have it early in the morning. Ginger is a known circulatory stimulant; while cinnamon is known for controlling blood sugar and also reducing blood cholesterol levels. Green cardamom is known for its diuretic properties - causing a reduction in high blood pressure; green tea contains antioxidants, besides a compound known as Epigallocathechin Gallate (EGCG), which is known to have tremendous health benefits, including cardio-protective properties.

3. Heart - healthy soup: Blend together half a cup of tomatoes, beetroot, spinach, carrot, onion along with 5 cloves of garlic and two teaspoon of flaxseeds to make a thick paste. Add two cups of water and boil it to make a soup of required consistency. Add pinch of rock salt to taste along with black pepper powder. Serve hot, garnished with fresh coriander leaves. Tomatoes contain two nutrients which are a key to healthy heart - lycopene and potassium; onions are known to contain compounds which fight inflammation and also reduce the levels of bad cholesterol and triglycerides in our blood; carrots also contain potassium and compounds known as carotenoids which have cardio-protective properties; spinach is rich in folates, besides heart-healthy minerals such as magnesium and potassium. Garlic contains a powerful antioxidant known as allicin, which is known for its cardio-protective benefits, whereas flaxseeds are rich sources of magnesium and omega-3 fatty acids, both of which are heart-healthy.

However, one must remember that these soups and beverages are not meant for replacing any medicines that you are taking for any heart disease and diabetes. Also, consult your doctor and dietician before going overboard on any of those recipes mentioned above. 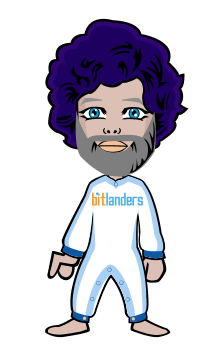