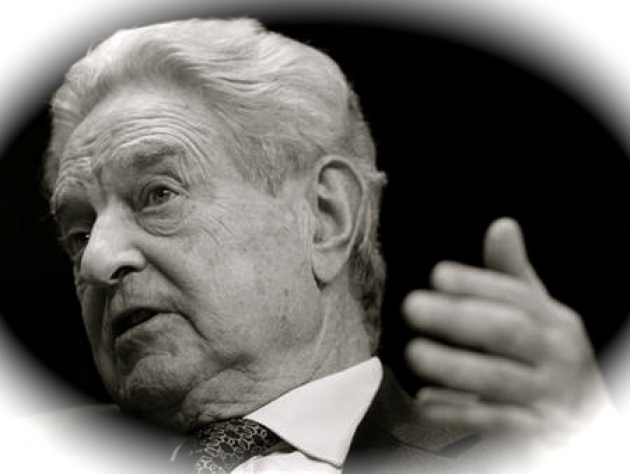 Perception: Marriage or Divorce, but Sharing a Bed is No Longer Working for Eurozone? George Soros in effect projects German policy as being cause for current Eurozone economic recession and more broadly global financial crisis rather than the limping Spanish, Italian, Portuguese, Irish, Cyprus or Greek economies. In the debate of stimulus vs. austerity Soros unequivocally points to one as solution and the other as perpetuating the current Eurozone wide economic recession. The austerity program(s) pressed by Germany’s current leadership and other fiscal hawks is exacerbating the deficit as well as the recession. "Austerity is Killing Jobs & Economic Health" He is advocating change in government spending but more in the form of greater fiscal policy stimulus.

Germany needs to become a more "benevolent" leader looking beyond its immediate interests and austerity morality (Read: “Is Eurozone Becoming Opium Den of Austerity Moralists?”  or exit the  Euro currency: "Either alternative would be better than to persist on the current course." Soros’s message comes in a critical week, when further gatherings and initiatives may set the future course for both the institutional structure of the Eurozone and the immediate economic future – will it be European growth or perhaps a deeper world wide recession. (As Eurozone is already experiencing negative growth some project the options more as recession vs. depression "Austerity is Killing Jobs & Economic Health. 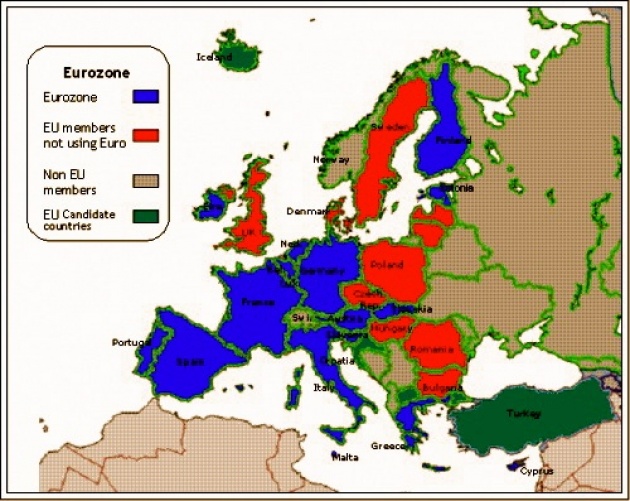 Brussels will offer a more devised proposal for a European banking union that will go a long way to harmonizing regulatory and monetary policy. The German High Court will determine whether a Euro bailout fund, “European Stability Mechanism” is legal/constitutional. This has already created critical delay but also furthers the notion that Berlin runs the Eurozone according to its interest. However, even before Mr. Soros spoke the European Central Bank Chief (ECB) Mario Draghi offered his own vision of the ECB’s role (specifically buying-up sovereign debt of fiscally weaker Eurozone states) that could conflict directly with the German Court’s ruling – I term it a preemptive bluff by the ECB head who in effect dares the Court to invalidate his sovereign debt purchase plan and send the whole Eurozone into further chaos that would most directly also hurt the German markets and economy.

George Soros’ comments though go beyond the immediate impact upon money banking and financial markets. They also reach into the future beyond the burdensome policy considerations of how to reduce government spending. Rather, Mr. Soros perceives a growing and untenable inequality in both growth and decision making within the Eurozone that ultimately would establish a Euro caste and undermine cohesion:   Debtor countries are compelled to submit to supervision by the Troika (IMF, EU, ECB) “but the creditors will not... and the divergence in economic performance will be reinforced. Prolonged depression and a two-tier Europe would "eventually destroy the European Union.”

Marriage or Divorce, but No More Crewing Around!

George Soros has offered solutions beyond pointing out the problem. He has offered a vision of a more “level playing field” for the Eurozone via a European Fiscal Authority (EFA) to oversee the bailout funds and conditionality and make key economic decisions for all the Eurozone Governments. Additional funds would have to be potentially raised via a Eurozone wide VAT – most likely placing further burden upon the richer northern economies including Finland and the Netherlands as well as Germany. Rather than greater discretionary fiscal policies at the level of each state, there would be a concrete stride toward harmonizing fiscal and monetary policy across the Euro area. Of course, this would be unpopular with the electorate in the northern states who would ask why should we submit ourselves to the same oversight and conditions as those who have failed to maintain their house in fiscal order?  However, this is a marriage. A half a marriage has shown to be an unworkable experiment in modern monetary policy. The troubled European economies are facing real human pain, from unemployment to higher suicide rates: “Too Much Focus on Finance-Too Little on Society Needs” The other option, as George Soros has hinted is divorce; however not with the poorer partners leaving the joint home, but the richer members of the Eurozone who have also benefitted from this arrangement.