In previous 10 lectures we have study about the space and the solar system briefly as well as some characteristics of the Sun. We will discuss other benefits or characteristics   of The Sun.

COMPOSITION OF THE SUN

The Sun is source of Energy and lot of process are take place in the Sun. The sun is a second-generation star meaning that some of its material came from former stars. Some stars in our galaxy are very old, scientist believes originated in the big bang explosion about 15 billion years ago. In contrast the sun is only 4.6 billion years old. We conclude that some stars are older than the Sun. 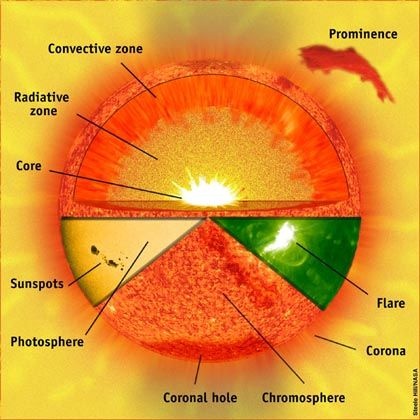 We discussed the sun is source of energy and it produces an amazing amount of light and heat due to the nuclear reactions which are take place in the internal core of Sun. The process that produces the Sun’s energy is called nuclear fusion. In nuclear fusion tow atoms come together to produce a heavier atom. Fusion is the process in which huge amount of energy release and also releases tiny elementary particles. 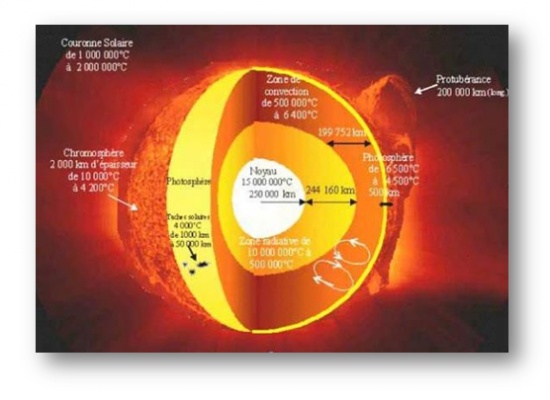 The sun is the composition of hydrogen, which is lightest and most abundant element in this universe. The sun is having a huge amount of hydrogen; however it makes the sun very massive. All matter inside the sun is gravitationally attracted to all the other matter in the sun and this attraction tends to pull the suns mass together. This inward gravity or pull creates high pressures and temperature inside the sun. 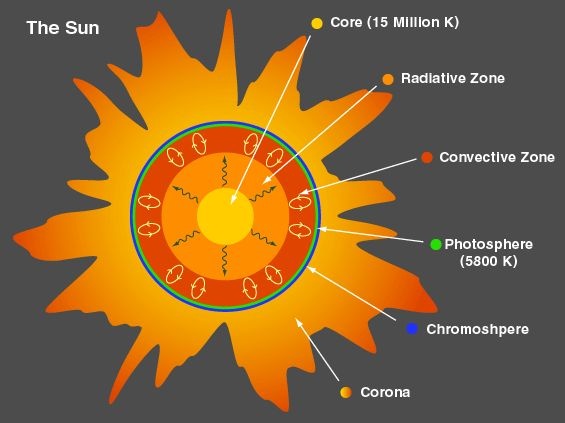 Very huge amount of burning process are take place in the Sun. due to the nuclear fusion enormous amount of collisions take place between atoms, breaks the hydrogen atoms apart into their subatomic ingredients.  If we study the hydrogen atom we will found that it is made of a nucleus that contains a positively charged proton, and a negatively charged electron that orbits the nucleus. In the sun collisions separate the electron from the nucleus freeing each to move about the solar interior. The positively charged nuclei or protons are called ions. A gas in which particles are ionized or have electric charges is called plasma. We know that the three states of matter are gas, liquid and Gus. On the other hand scientists research that 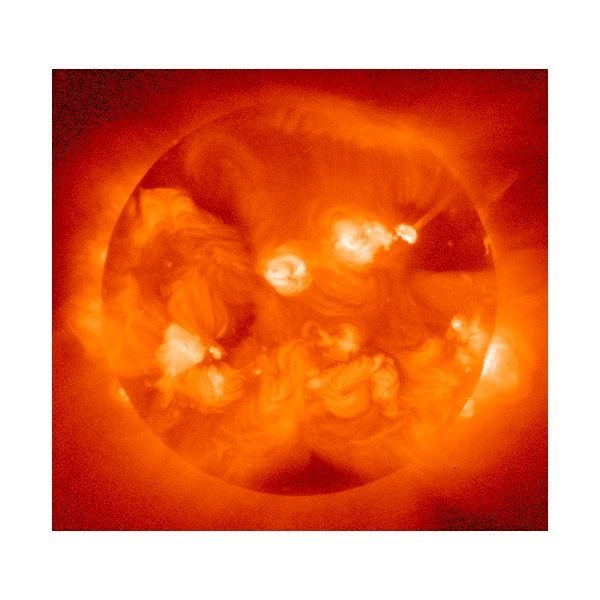 NUCLEAR FUSION IN THE CORE

Nuclear energy can be released in two different ways by fission (splitting) of a heavy nucleus or by fusion (combining) of two light nuclei. In other cases energy is released because the products have higher binding energy than the reactants. Fusion in the Sun produces the Sun’s energy.