Mercury planet is the planet which is very close to the sun. the of Mercuary is about 5.8 million km from the sun. The diameter of Mercuary is 4875 km and its volume and mass are about 1/18th of Earth. After the Mercuary Venus is the planet which is near to the Sun. Venus is never visible more than three hours before sunrise or three hours after sunset because of the distances of the orbits of Venus and Earth from the sun. 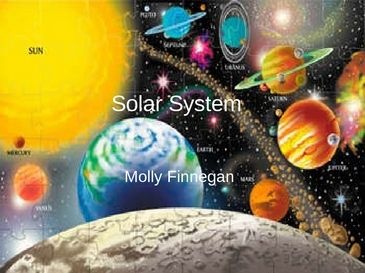 Mars is having importance in the space and Solar system and it is fourth planet from the Sun and Sixth largest planet which exists in the Universe. Mars has two small moons Phobos and Deimos. The small amount of water vapor is also present in Mars atmosphere. Mars is like a very cold, high-altitude desert.

Earth is having very importance because of our residence on Earth and all the living objects are on Earth. Earth is the third planet which is having distance from the Sun and fifth in diameter. The average distance of Earth from the Sun is 149,503,000 km and it is the only the planet which support life. The thickness of atmosphere is more than 1100 km. The oceans of the hydrosphere cover approximately 70.8 percent of the Earth.

Earth has one Moon which is revolving around the Earth. One revolution of the Moon around Earth takes a little over 27 days 7 hours. The Moon rotates on its axis in this same period of time, so the same face of the Moon is always presented to Earth. Earth Moon completes its rotation with in a period a little longer than 29 days 12 Hours. 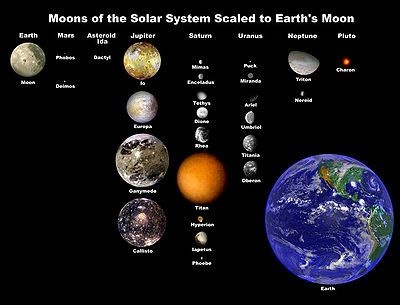 Jupiter is a largest satellite of the solar System. It is the fifth planet from the sun in the solar system. If we study the size of Jupiter, we will conclude that Jupiter has 1400 times the volume of Earth.  Average density of Jupiter is only about one-fourth that of Earth density.

Jupiter is a Largest Satellite on this Universe. Jupiter has about sixteen satellites (moons) which have so far been seen. The Moons of Jupiter’s are lo, Himalia,Europa, Ganmede, callisto, Metis, Amalthea, Leda, Thebe, Adrastea, Elara, Lysithea, Carma, Ananke, Sinope and Pasiphae.

Saturn is on sixth number from the sun. Saturn is famous for its rings, because it has the different rings which surrendered the Saturn. Firstly rings seen in 1610 by Italian scientist Galileo. We have study that Saturn is having very importance due to its rings. The visible rings stretch out to a distance of 136,200 km from Saturn’s centre, but in many regions they may be only 5 m thick.

Uranus lies between Saturn and Neptune. Uranus is the seventh planet from the sun. British astronomer Sir William Herschel discovered Uranus in 1781. The mass of Uranus is 14.5 times greater than Earth’s mass.