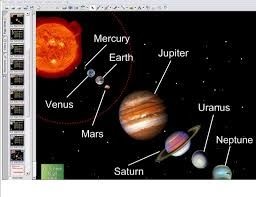 Mercury planet is the planet which is very close to the sun. the of Mercuary is about 5.8 million km from the sun. The diameter of Mercuary is 4875 km and its volume and mass are about 1/18th of Earth. Mercury completes its rotation around the sun about in 88 days. Its period of rotation is 58.7 days two –thirds of its period of revolution. The planet rotates one and a half times during each revolution. 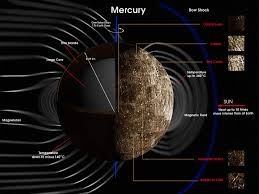 Mercury is only the planet whose characteristics are meeting with the Earth. It is the only planet except Earth with density and composition close to those of Earth and with a magnetic field. The planet’s outer core must be a liquid iron compound that produced a magnetic field as it moves. Only an extremely thin atmosphere which is containing sodium and potassium exists on Mercury, apparently diffusing from the crust of the planet. Photographs of Mercury’s surface show craters and steep cliffs.

After the Mercuary Venus is the planet which is near to the Sun. Venus is never visible more than three hours before sunrise or three hours after sunset because of the distances of the orbits of Venus and Earth from the sun, When viewed through a telescope, Venus shows phases like the moon. Venus rotates very slowly on its axis, in a direction opposite to that of Earth. 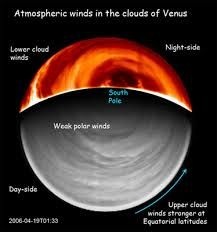 Venus’s dense atmosphere apparently prevents smaller meteorites from impacting the surface of the planet. Venus has huge active volcanoes, large solidified lava flows, and a vast array of meteorite creators. The largest impact crater yet observed is almost 160 km across and the smallest is about 5 km. A great deal of tectonic activity has taken place on Venus at least in the past.

That was the discussion about the Mercuary and Venus. In next lecture we will discuss about the Earth and other Planets.