We all love a little tradition in our lives every now and then right? Well, Spain is home to some of the greatest and craziest festivals in the world so if you were ever thinking of exploring a new country for some awesome memories, Spain is your place.

The craziness begins with a tradition that many of us are already familiar with but should all experience at least once in our lives. Now I’m talking about the Running of the Bulls festivals that are held in Spain, Portugal, Mexico and Peru, among others. 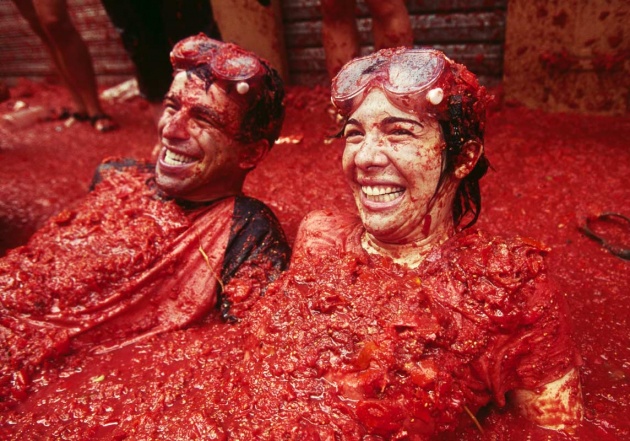 And by we should “experience”, I do mean as a spectator, let’s not risk our health and physical presence on Earth for a festival; unless of course, that’s your thing then cool err…go for it! So just to reiterate, the Running of the Bulls usually consists of some brave and risky youngsters who run in front of about a dozen bulls that are let loose in a part of town that has been sectioned off for the festival.

Nowadays, many youngsters, primarily men, use this festival slightly like a competitive sport trying to be the first to outrun the bulls safely into their pens. Some cities even host bull fights following the Running. Sounds like a pretty good time doesn’t it? 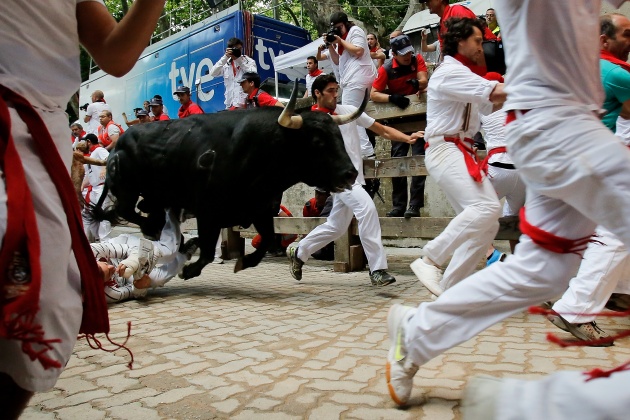 Next on the list for some odd reason really makes me think of pizza. You’ll know what I mean when I say it’s the annual La Tomatina festival, whoo! It’s a pretty awesome festival usually held on the last Wednesday of August where participants throw ripe tomatoes at each other.

I don’t know about you guys but that sounds like a pretty cool idea from where I’m sitting. The way that this festival has begun stems from what seems to be a public ‘foodfight’ that youngsters threw since they could not be in a national parade of “gigantes y cabezudos”. So they started throwing tomatoes at each other, and every year following. 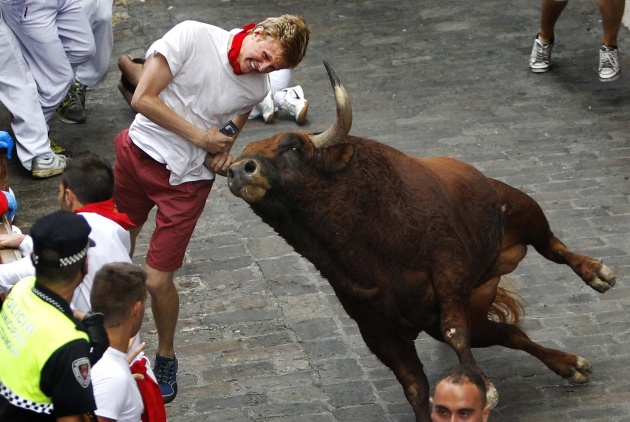 So next time you find yourself in Spain or planning a trip consider going around the time that these events are scheduled. I’m sure you’ll have an amazing time and make some awesome memories. Bon Voyage! 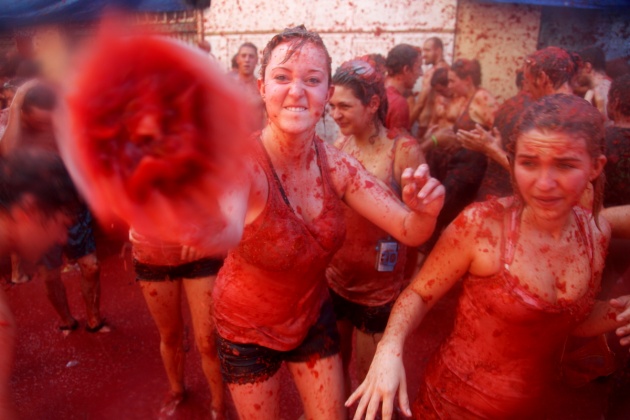