I have a habit of using social media just after waking up from the sleep, and that’s surely the first thing I do while lying on the bed. A couple of days ago, when I woke up and switched myself to the social media sites like Twitter and Facebook, I had to come through the breaking news that has gone viral all over the World. From ordinary people to the celebrities, political figures and renowned persons of the world, the social media profile of all these were filled with the condolences. And why not as we’ve heard probably the saddest news of this year. 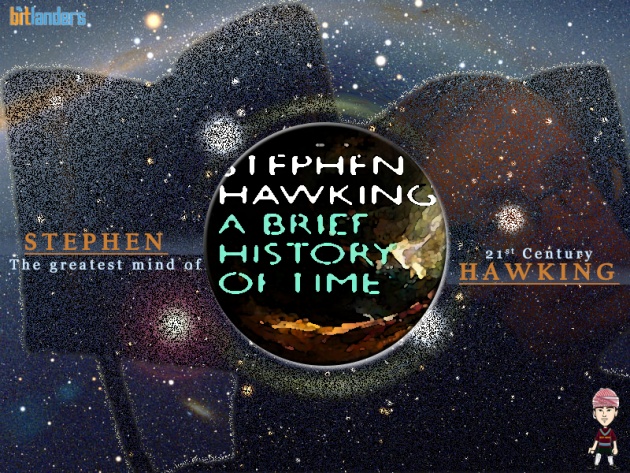 Image source: designed by me

The man of courage, the greatest mind of this century Stephen Hawking has passed away on Wednesday, March 14th. It was indeed a sad news for me and everyone in this world who knew about his work. In fact, the world has lost a phenomenal brain and a treasure of knowledge. I’ve known Stephen Hawking, like anybody else. Being a student, I’ve known Stephen for his work and heard stories about him from my teachers. But, what makes Stephen Hawking supreme than others was his struggle that he overcomes in a brilliant way, his dedication which always remains above par from the obstacles in his life. Stephen has had nerves of steel, his fight against giving up in life was exemplary and these are what that stands Stephen Hawking alone from others. 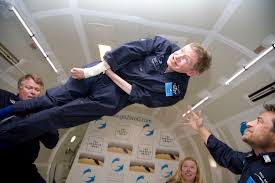 When Stephen Hawking took a zero-gravity flight in 2007.

Stephen’s life was a hope for many hopeless and an inspiring lesson for many others including me. Being paralyzed and stick to the electrical wheelchair from his young age, Stephen slides out the secrets of the universe which a normal healthy scientist can’t even discover. Perhaps, being physically disabled he was better than the other normal scientists. So I’ve decided to cover some aspects of Stephen Hawking’s life in this blog and present a retrospect of his life to the readers.

Life with full of hardships!

Stephen Hawking was born in 1942 and completed his higher studies in physics from Oxford. Later, he went on to Cambridge to pursue his postgraduate research in cosmology. At the age of 22, he accidentally fell down from stairs and that was a time when he diagnosed with the rare form of amyotrophic lateral sclerosis (ALS) which is also known as motor neuron disease (MND). ALS is a debilitating disease which gradually destroys the neuron which controls our voluntary muscles in the body.

Stephen's picture of early age when he studied at Oxford.

By the time he had become completely paralyzed, confined to a wheelchair as he was also largely unable to speak except through a voice synthesizer. His doctors predicted that he got only maximum 2 years to live, but his disease progressed more slowly than expected. Stephen by not giving up defeated all the obstacles and lived for many years with honor against all expectations. Also, he was one of the longest survivors of ALS when he died at age 76.

All these hardships would never force Stephen to step-back from his purpose of life. He was a true fighter that he continued his passion and work even after he lost his voice. He was still able to communicate through a speech-generating device, initially it was operated through a hand-held switch, and eventually, after the disease made hands tactless it works by using a single cheek muscle.

Hawking was known often to speak about his death. In an interview with The Guardian in 2011, he said:

“I’ve lived under the shadow of an early death for the last 49 years. I’m not afraid of death, but I’m no hurry to die. There’s so much I want to do first.”

The reason behind the recognition of Stephen Hawking was his phenomenal work in cosmology and contribution in the field of physics. He was the first who proposed a theory of cosmology as a union of relativity and quantum mechanics. He gave the terminology of mankind’s understanding of cosmology and describes the existence of the universe which proves that the universe began 13.7 billion years ago. And with collaboration with mathematician Sir Roger Penrose, he redefined that Einstein’s general theory of relativity actually implies space and time would have a beginning in the Big Bang and end in Black Holes.

He also discovered the phenomenon of Black Holes which states that it always emit radiation and fade to nothing which often known as the “Hawking Radiation”.

The world as told by Stephen Hawking.

The title page of Stephen Hawking's book "A Brief History of Time".

Hawking was also known for helping to bring science to the masses. Hawking published a book ‘A Brief History of Time’ for the first time in 1998. This book got huge popularity as it also made a record of getting spend on 233 weeks on the U.K’s Sundays Time best-seller list. It was also termed as the New-York Times bestseller. And till now, this book lies at the top of Amazon bestseller list. This book was translated into more than 40 languages of the World and has sold more than 10 million copies since the day of its publication.

Hawking wrote ‘A Brief History of Time’ to answer the questions of non-scientists and make them understand the basic fundamentals of physics and our universe. When, how and why did the universe begin? Where it comes from? When will it come to an end and why? The answer to all these questions hides under ‘A Brief History of Time by Stephen Hawking’.

Hawking answers all these questions in that book by using a minimum amount of technical science where it actually required. The topics are based on deep science, which consists of gravity, black holes, the big bang, nature of time etc. but the excellence of Hawking confined these vast concepts in a tiny way so it doesn’t cause mental vertigo while reading.

The big bang shown in "A Brief History of Time".

It is a general thought that a person having major physical disability seems to be frustrated with his life and define his life with words full of agony and deep sorrows. It is generally assumed that Hawking too was that kind of person. But against all odds, Hawking wasn’t just a brilliant mind, in fact, he had a hilarious humor too. And the show of this humor was seen first on the wildly popular CBS Sitcom, The Big Bang Theory, by Chuck Lorre and Bill Prady.

For his brilliant work, he also became the Lucasian Professor of Mathematics at Cambridge. The same post which at once was held by Sir Isaac Newton. Plus, Hawking often delivered lectures at the various renowned Universities of the World.

Stephen Hawking was an atheist from his thinking and he firmly believed in atheism – denied the existence of God. According to him, there is no concept of heaven or hell even there is no afterlife and he makes a comparison of life with the working of the computer.

“I regard the brain as a computer which will stop working when its components fail. There is no heaven or afterlife for broken down computers; that is a fairy tale for people who are afraid of the dark.” - Stephen Hawking

One of biggest reasons behind writing about Stephen Hawking was to collect his all work and struggles under a blog. The lessons which we can get from his overall life. Prof Hawking showed the world that, despite public think what a disabled person can do, people with disability can achieve many amazing things. With great commitment and dedication, Hawking shows that disability can be limited to a word only.

The Bing Bang was absolute antigravity point. Are the black cosmic holes - ultimate hypergravity can…

Image Credits:dulichdaobinhba.info Stephen Hawking was a well-known scientist. He was known for his …

The Racoon family is not a large one, but it's so variedly that you might wonder what all the animal…