At the time Indonesia was colonized by the Dutch for 350 years, since 1596 to 1942, the current condition of Indonesian society is sunk in poverty, ignorance and backwardness. The invaders monopolize trade with very low prices on the results of spices people who then resold berpuluh- twenty-fold. People many are sold, even used as porters in Dutch plantation / slave.
Indonesian spices appeal to the invaders to come to Indonesia. And to obtain spices as much as possible, they implement a system of monopoly in the trade. But the monopoly system of trade has not been able to satisfy his lust, then they are trying to conquer Indonesia. Because, with the powers that be obtained, they can do whatever he wants and get maximum results. Meanwhile, the Indonesian public education was run very alarming. Occupiers can not accommodate all the people of Indonesia. Educational institutions is limited to the upper class like the royal family, the regents, high officials of the kingdom or the rich. Implementation of the education is done only to provide knowledge so that people can read and write. And for those who have been educated, employed only in foreign private companies.
While primary school still remembered the lessons of history that says the Indonesian nation was colonized by the Dutch for 350 years and Japan 3.5 years. 350 years of our nation oppressed by the Netherlands and Japan. The statement that our nation was colonized for 350 years it was as if we are a nation portrayed the weak and not to fight in escaping the clutches of invaders.
The statement was frankly is still embedded in the minds of all students who got the lesson. In my mind and all the people of Indonesia ingrained stigma that the nation once colonized by the Dutch for 350 years with the suffering described as outstanding and our people become slaves in their own land. After his release from the clutches of the Dutch, Japanese people actually treat the Indonesian nation with more cruel and sadistic.
However, what is the Indonesian nation was colonized for 350 years .. ??

The elders of my kampong (one area in Sumatra) reported that they do not feel the suffering of the occupied Netherlands. They put up a fight when the Dutch began to enter into the area early 20th century and the Dutch really had occupied the area in 1912 after they made peace with the locals.
But the Netherlands did not treat the area as a colony. The Netherlands is building the local economy by creating a vast estate also factories to process the results of such plantations that would create jobs and turn the wheels of the local economy to date.
Indeed, no forced labor, but they bring the forced laborers from outside the area but suffering is felt when occupied by Japan were only about 3.5 years in power but has led to misery and suffering more severe than the Netherlands.
From the historical facts, the region only colonized by the Netherlands for 30 years and Japan 3.5 years. A total of 33.5 years and a far cry from the figure 350 years.

Score 350 years itself appears by 2 versions:

· The first counting since De Houtman brothers landed in Banten in 1552, and even then they had conducted exploratory area and Banten only a small part of the Territory of Indonesia.
· The second version of the time counting VOC established its trade office in Batavia in 1619, VOC itself is a private company and is not representative of the Dutch government. Time and even then Batavia area just around the North Coast Jakarta and is very small compared with the breadth of the archipelago.
From the historical facts mentioned above, it is not true that Indonesia was colonized by the Dutch for 350 years. In the period 1552 s / d in 1910 are still many regions and kingdoms in the archipelago are still free, and many regions and kingdoms fought fiercely against the Netherlands.
The statement which says that our nation never colonized for 350 years is very humbling and hurt our nation's heroes who have sacrificed their body and soul to oppose the Dutch colonization. It also makes our nation becomes inferior and inferior when dealing with other nations. Then the statement should be corrected and removed from history textbooks in the education curriculum in Indonesia. 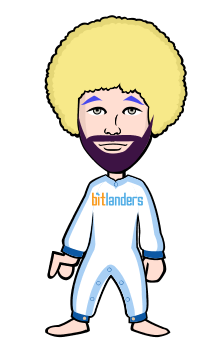 Sempol is the Typical Food of Malang City Indonesia

Recently, in Malang City, many of the latest foods are discussed, which taste very well in the Indon…