On Thursday, October 26, 2017 (not all that long ago at the time of this writing which is Tuesday, October 31, 2017), my girlfriend and I encountered a serious issue with our relationship. Our relationship is generally very stable, but sometimes we do encounter issues with each other. They are relatively minor and are usually easy to resolve. Despite that, something needs to be done about these issues. All relationships have issues, it’s a well-known fact. You can either try to fix the issues with your current relationship and move on, or “move on” except in this case the “moving on” would be in a direction that wouldn’t happen to be in the interest of the said relationship.

While our relationship has only crashed a few times (and surprisingly we didn’t break up, though we were only inches away from it), we have had several arguments over the course of time that we have been together. Problems are to be expected from relationships of this class (I’m referring to the type, Long-distance, or as other people fondly refer to them, LDRs) but we have decided to stick it out.

I really love this girl that I am with and I can’t wait for us to meet, and finally get married! Despite all of this, I can confidently say that neither one of us has “cracked” from these issues and done something that we aren’t proud of. We have a quick, shall I call, “recovery time”, meaning that it usually doesn’t take much for us to get back on track after a period of arguing and/or fighting.

This could be a whole lot worse as I have observed from other people’s long distance relationships. One such relationship I have seen had a lot of issues with lying. The girl’s boyfriend (at least they say he is, but that’s a story for another day. (Actually, we probably would never talk about it since it isn’t any of our business)) has continually lied to her. From what I’ve heard, he seems to have lack of understanding of the concept of keeping promises. 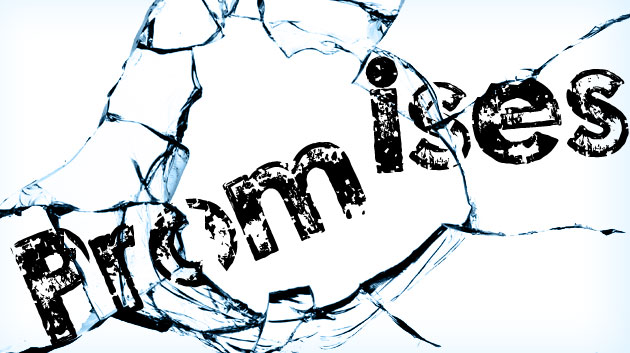 So what really happened on that day last week? Let’s take it from the top, shall we? Please understand that the purpose of this writing is not an attempt to point fingers at anyone but rather an objective view of how and why everything had happened. My girlfriend seems to be under the impression that I got angry at her for not waking me up for work. That is a completely false idea. I don’t expect anything from anyone. I’m someone who likes to give to others for their benefit. I prefer not to expect things from others because I feel like it creates a vulnerability of getting disappointed. I woke up in the morning. Our traditional (I am really proud of how we have been able to establish our “bridge” between our two “worlds”) Skype call was still active. I don’t remember if I tried to call out to my girlfriend or not so I won’t say anything. Needless to say, I had to hang the call up so I could get on the road. I got on the road and went off to work, thinking my girlfriend would call me but she didn’t, and I had felt forgotten about. Now there have been times that I haven’t messaged back as promptly because I was in the middle of something or driving somewhere. When I woke up, I could hear everybody talking and laughing. I’m going to say I was wrong for feeling like this but at the time, I felt like a lost stranger in a crowded room, that’s why when she didn’t call me, I got a little upset. She wasn’t busy, she was talking and laughing with the people around her. I guess I set the bar too high since I am always watching my phone to see what happens with the calls and stuff. I try to be very dedicated to this relationship.

>> THE CONFLICTS IN OUR RELATIONSHIP <<

Over the past few weeks there had been a growing conflict with our relationship, and if it wouldn’t get addressed, our relationship would ultimately collapse. My girlfriend sometimes thinks that no matter what she does, I will never be happy, so whenever I would mention something that I was bothered about, she would be all like...

What did I do now?

I’m certainly not trying to pick at everything, and I understand that we all have our bad days, but I was simply trying to address our concerns. The second part of our conflict is that I feel that our relationship may never be fair. I know this may be petty and please forgive me, but once I was a little sad that my girlfriend decided to stay with her friends and hang out after the phone had died yet on the last day of training at my job, I decided to take my lunch break to go home and get a battery for my phone since it was low even though we all weren’t going to have to take lunch because of a celebration at work. I understand that I have no right to judge but that was what I was thinking at the time. I started to think about what would happen when my girlfriend would start working again. I imagined that she probably would be hanging out with her friends during her break yet whenever I would go on break, I wouldn’t be around anyone just so I could talk to her. Her solution was to not make friends at work, but I obviously said that it would be pointless to do that. I want my girlfriend to be happy, but I also want to have an active role in her life.

Is it weird to say that it bothers me when my girlfriend doesn’t pay attention to me, yet I really love it when she gives me something to do?

The frustration continued to build throughout the day and I mentioned to my girlfriend that I was a little upset. I didn’t eat lunch during my break because I couldn’t figure out what I had wanted to tell her. I didn’t want to say something I regretted. When she woke up she didn’t call me, and that only added fuel to the fire of the feeling that she doesn’t want to talk to me. I told her I was upset but I still wanted to talk to her, yet she didn’t want to talk for personal reasons. Even though I know that I should have been more understanding, I still felt betrayed. I decided to cut myself off from everything.

She told me that because she loves me, she would let me do whatever I wanted. That made me feel like I didn’t matter. So I said before I go, let’s talk one last time. I guess other people would have been still fighting and cursing at each other but as soon as she called me, all I said was ...

“Good morning, how are you?”

Just like when a computer experiences a serious malfunction and restarts itself, I decided to do the same. I asked her if she hated me, she said no, and I said neither did I about her. I broke down. I couldn’t do it. We had been through so much together that I felt that losing her would be worse later on down the road.

My girlfriend said that she felt useless, yet she is someone that I really admire. She has the highest dedication to her work and business, and I am really proud of how far she has come. I believe that if other people could survive through their issues, so could we. The fighting had gotten out of our systems and we were both at peace once again, learning from this experience. I guess I can say that I’m at fault for the issues in our relationship and that I really want to strive hard to fix them. As my girlfriend said, our relationship needs to be shaped and molded like gold, and it takes a lot of effort to accomplish that. The fighting is the heat that will allow us to grow because it gives us an opportunity to address and fix the issues we face, resulting in an even better relationship.

I really love this girl, and I am proud to wear the ring with her name on it. I am honored to have the opportunity to meet someone from an absolutely amazing culture, and I will do whatever I have to do to make sure we stay together until the end.

HOW TO STOP A FIGHT IN A RELATIONSHIP?

Watch this video below. This will be helpful especially if you are experiencing figh in your relationship.