Stress leads to a constant production of cortisol, which destroys neurons When you are stressed, your body prepares to repel the shock, responding by producing a number of hormones that dramatically increase the body's productivity and suppress undesirable processes in the body at the moment (for example, appetite).

For example, the brain sends signals to the adrenal glands, so that they begin to produce adrenaline. It raises blood sugar levels, increases heart rate and raises blood pressure (and has a lot of other effects).

The other part of the brain, the hypothalamus, at the same time sends a signal to the pituitary gland, the gland located at the base of the brain and being the "conductor" of the endocrine system, which in turn releases into the blood the factors that activate the adrenal hormone stress hormone cortisol (o which we have already discussed above and with which we will continue to face in the future).

Cortisol plays an important role in the body's response to stressful situations - for example, it maintains high levels of glucose and blood pressure so you are ready if you need to take active action.

However, studies have shown that with long-term exposure or too high levels, cortisol has a disastrous effect not only on the human psyche, causing depression, but also on the structure of the brain, destroying neurons and preventing the appearance of new ones.

Experiments on mice with daily administration of cortisol have shown that for several weeks the number of brain cells has decreased noticeably, to be more precise, the number of hippocampal neurons is the region of the brain responsible for memory and emotions and the prefrontal cortex that plays a huge role in interacting with other people, planning of actions, responsible for the level of moral development of a person and other aspects of consciousness and personality, not to mention the regulation of processes in the body. Cortisol, released in large quantities under stress, enters the brain, binds to the receptors of neurons, and through a cascade of reactions increases the amount of calcium entering the neurons through the membrane channels. Calcium in the cells is responsible for their excitation. Thus, the neurons of your stressful brain are in tension and are simply overexcited to death.

In addition, cortisol also inhibits the formation of new neurons in the brain.

As for the practice, it was found that in people exposed to chronic stress, the natural age-related decrease in the hippocampus occurs much faster than in healthy people. Although another study of people who have experienced such severe stressful situations as death of a loved one, divorce, accident, etc., specifies that not all stress causes a decrease in the number of neurons - this is typical for people prone to depression. Therefore, if you are experiencing events for a long time, keep in mind that this will affect your future productivity, and immediately smile! 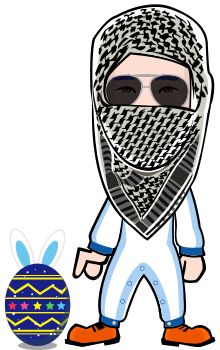