New independent global network of research centers, universities and technical institutions to help find solutions for some of the world’s most pressing environmental, social and economic problems was launched today (8-9-2012) by UN. Headed by Professor Jeffrey Sachs, (photo below with Bono - Director of Earth Institute at Columbia University and longstanding UN adviser/advocate on poverty and economic issues working with the UNSG's office as well as candidate for post of World Bank President: Read our Blog for Film: "Why New World Bank President"), the Sustainable Development Solutions Network (SDSN) will work with stakeholders including business, civil society, UN agencies and other international organizations to identify and share the best pathways to achieve sustainable development. According to UN News Centre, SDSN is part of the work undertaken in response to the mandate on post-2015 and the outcome of UN Conference on Sustainable Development (Rio+20), which took place in Rio De Janeiro, Brazil, in June. It will operate in close coordination with the High-level Panel of Eminent Persons on the Post-2015 Development Agenda. 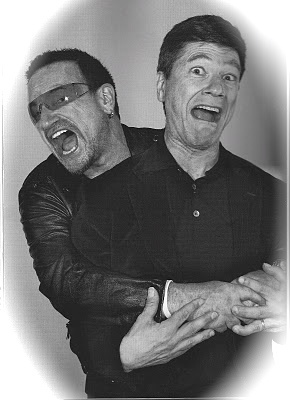 “The post-2015 objectives will help the world to focus on the vital challenges of sustainable development and the Sustainable Development Solutions Network will be an innovative way to draw upon worldwide expertise in the campuses, universities, scientific research centers and business technology divisions around the world,” according to UNSG Ban Ki-moon. The High-level Panel will advise on the global development agenda beyond 2015, the target date for achieving the MDGs, and it will hold its first meeting at the end of September, in the margins of the annual high-level debate of the General Assembly. It is expected to submit its findings to the Secretary-General in the first half of 2013, and those findings will inform his report to Member States.The 8 MDGs, agreed on by world leaders at a UN summit in 2000, set specific targets on poverty alleviation, education, gender equality, child and maternal health, environmental stability, HIV/AIDS reduction, and a 'Global Partnership for Development.'

According to the news release, given that politics around the world too often focuses on short-term issues while governments often lack the timely information needed for long-term sustainable-development strategies, it is essential that scientists and technology experts outside of government support the development of long-term analyses, demonstration programmes and development pathways.The SDSN is expected to provide an independent global, open and inclusive process to support and scale up problem-solving at local, national and global levels.

Substantial emphasis will be placed on collaboration across countries to analyze common problems and learn from each other’s experiences. The network will accelerate joint learning and help to overcome the compartmentalization of technical and policy work by promoting integrated “systems” approaches to addressing the complex economic, social and environmental challenges confronting governments. According to Professor Sachs: “In the 20 years since the first Rio Earth Summit, the world has largely failed to address some of the most serious environmental and social problems pressing in on us. We can’t afford business as usual. We need to engage the academic and scientific community, and tap into worldwide technological know-how in the private sector and civil society, in order to develop and implement practical solutions.”