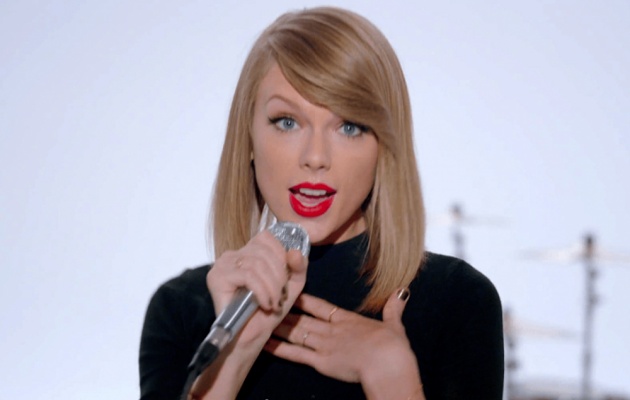 Dear Friends, I hope you are doing fine.  Today I have come up with my another new blog with the title of "Taylor Swift - A Music Sensation".   In a short span of time, Taylor Swift has made remarkable progress in the music industry and has got international fame.  She is generally known as a "Country Music Singer", however, her style of singing and appearance has mesmerized the young generation all around the world.  Today, I shall highlight Taylor Swift career, her music and international fame that she has acquired through her music.  Taylor Swift is a "Grammy Award" winning artist who has passion for singing and songwriting.  She has also been declared "Billboard Artist of the year" at the age of just 19.  She debuted on international level in 2006 when she was just 16 years old and has been able to make a splash in the world of music.  Today she is among top pop music artists and is liked by many millions of fans all around the globe. 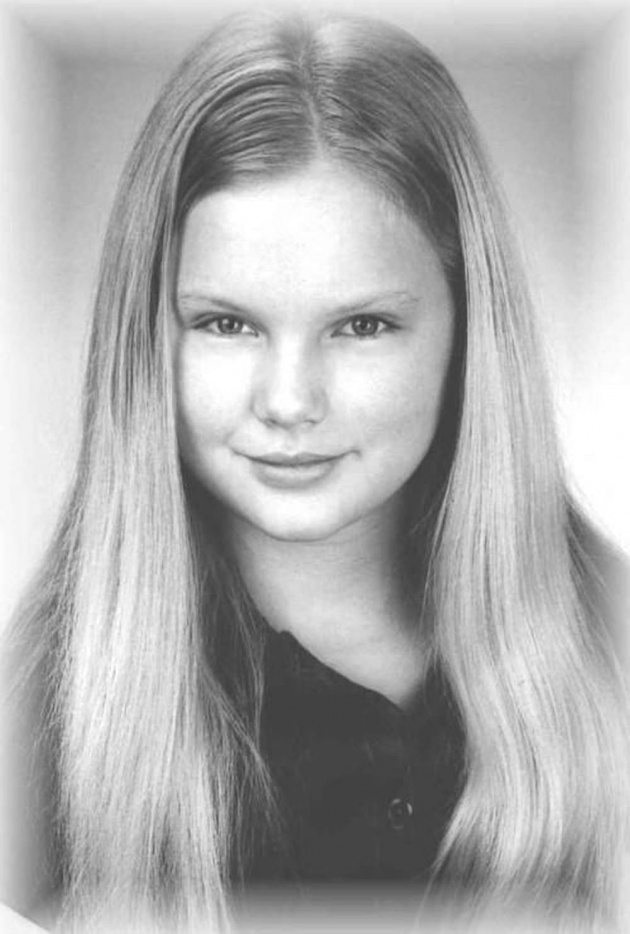 Taylor Swift was born on December 13, 1989, in Reading Pennsylvania.  When she was born, her mother Andrea was working as a Marketing Executive and her father Scott Kingsley Swift was a Financial Adviser by profession. Her ancestors are from different backgrounds such as Scottish, Irish, Welsh and Italian and that is the reason why Taylor Swift has that charming look which attracts everyone.  Her family loves music and one of her grandmothers was a professional "Opera" singer. As a child, Taylor Swift used to live on an 11-acre Christmas Tree farm in Montgomery County, Pennsylvania where she spent most of her childhood. Later on, when she was nine years old her family moved to Wyomissing, Pennsylvania and there she attained education in different schools and high schools.   Since beginning, Taylor Swift has been listening to different styles of music and that raised the liking for music in her personality.  At the tender age of 9, she started participating in music competition and showed special interest in Country Music and in this same field of singing she wanted to excel when she appeared on international stage.  At the age of 14, Taylor Swift was singing and was also writing her own songs.  At the same age, she moved to Nashville when she managed to secure an Artist Development Deal with "RCA Records".   However, she soon left RCA Records because she wanted to do her own music and wanted to improve her own songwriting.  She had been attending different music events and in one of those events at "The Bluebird Café" in Nashville, she got attention of  "Scott Borchetta" who was in search for new singers for his own music label "Big Machine Records".  Thereafter, Taylor Swift has never looked back and has been making progress constantly. 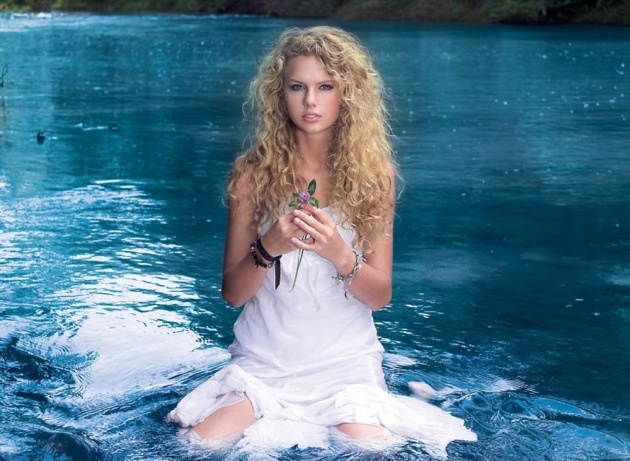 Taylor Swift released her first music album with the title of "Taylor Swift" in October 2006 under the banner of Big Machine Records.  She was just 16 years old at the time of her first album release and it was her first international appearance.  She became quite successful in this first endeavor.  This album was based on "Country Music" style of music entertainment.  Keeping in view her first attempt, this album made a good progress and sold over 7 million copies worldwide.  This album also managed to reach number five spot on the "Billboard 200".  From this album, she released five songs and all of them were hits on "Billboard Hot 100" in the United States.  Her famous songs from this album were "Tim McGraw" (which was released as lead song and reached top ten spot on Music Charts), "Teardrops on My Guitar" (also made a good progress on Music Charts and was among top ten singles) and "Our Song" (it managed to reach as her first number one spot on "Billboard Hot Country Songs" and also brought her the accolade of being youngest person to have written and performed a number one song on the Hot Country Songs chart).  Her others released songs from this album were "Picture to Burn" and "Should've Said No" which also made a very good progress on Music Charts.   Some accreditations and awards Taylor Swift received for this album are as under:

♦     It was certified as 7 Times "Platinum"  by "Recording Industry Association of America (RIAA)" . 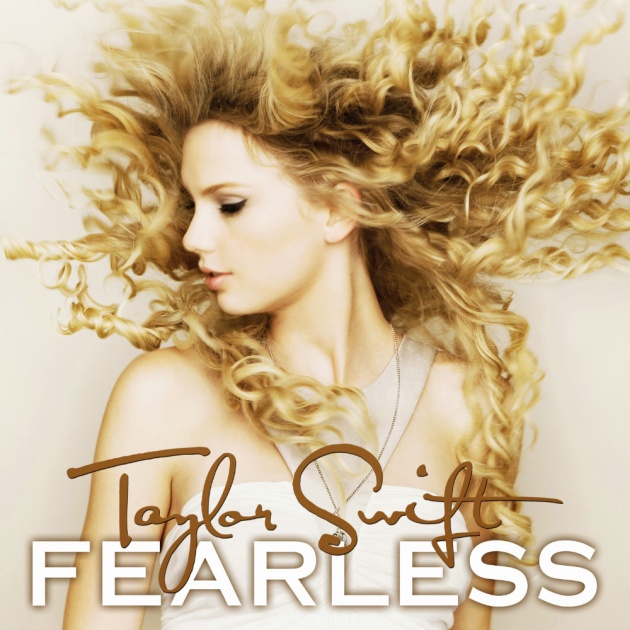 Taylor Swift released her second studio album with the title of "Fearless" in November 2008 under the banner of "Big Machine Records".  It was also a "Country Music" album and there were 13 tracks in the album and Taylor Swift penned 8 songs out of them.  She also co-wrote other songs in this album.  This album was also a commercial hit and is considered as a successful album all around the world.  From this album, Taylor Swift released her first song "Love Story"  in September 2008 and it became instant hit selling more than 8 Million copies around the world.   She released second song from this album "White Horse"  in December 2008 and it also did very well on Music Charts. Taylor Swift released her third single "You Belong with Me" in April 2009 from this album which became her second bestselling single internationally and also reached number 2 spot on "Billboard Hot 100" in the United States.  She went on releasing her 4th and 5th singles "Fifteen" and "Fearless" from this album in August 2009 and January 2010 respectively and both of these songs got the Platinum Certification from "Recording Industry Association of America".  This album sold around 9 Million copies around the globe and became a breakthrough for Taylor Swift.  Some accreditations and awards Taylor Swift received for this album are as under:

♦     Winner of the "Academy of Country Music Awards".

♦     Swift got the achievement of being the Youngest winning artist in the history of the Grammy Awards. 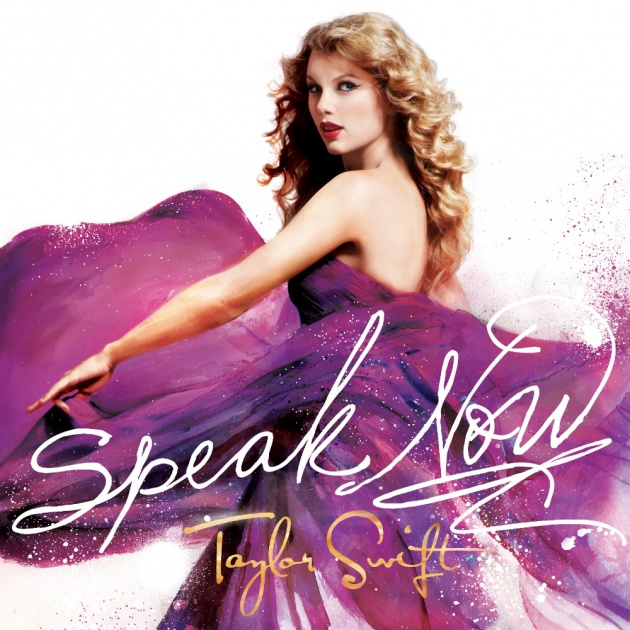 ♦     Winner of the "Favorite Country Album" award at American "American Music Awards of 2011". 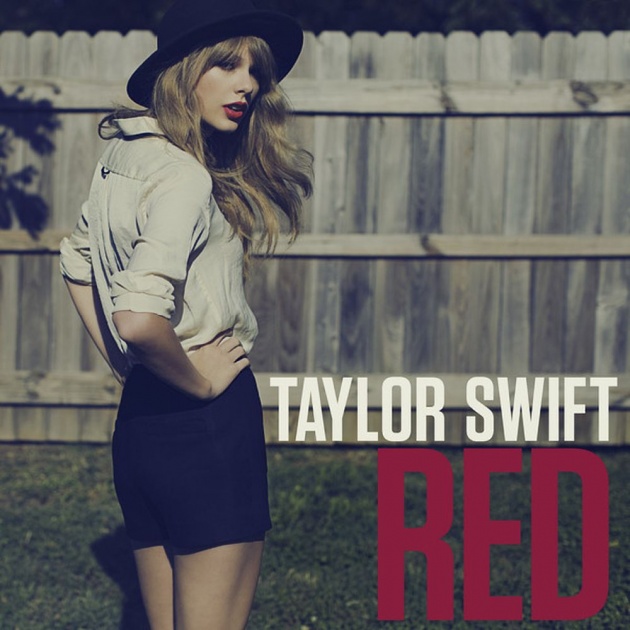 ♦     Two times nomination for "Grammy Award" in the categories of " Best Country Album" and "Album of the Year".

♦     Received certification of Quadruple Platinum by the "Recording Industry Association of America (RIAA)".

♦     Ranked as 18th album in the history of United States to sell one Million copies in a single week. 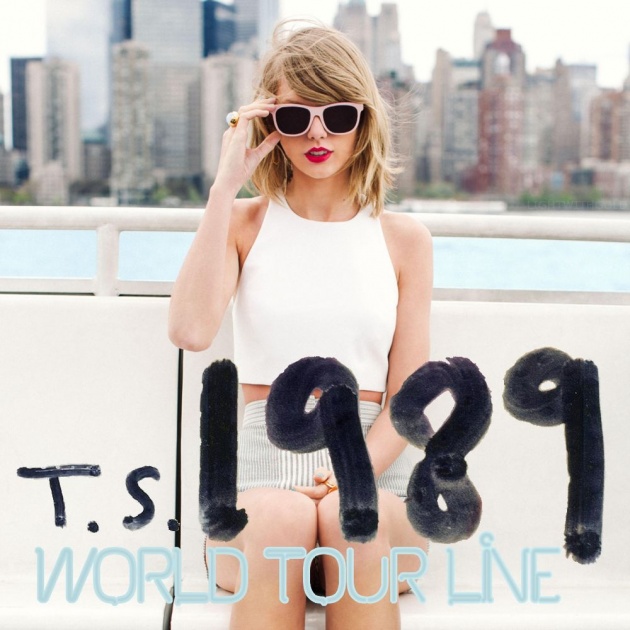 Taylor Swift released her fifth studio album with the title of "1989" in October 2014 again under the banner of "Big Machine Records". The title of album title was named after Taylor Swift's birth year and also because of singer's inspiration and appreciation for the 80's pop music.  Contrary to previous albums, this album was based on "Pop Music".  This album included 13 tracks and all were written by Taylor Swift.  This album showed another style of Taylor Swift's Music and was widely appreciated by music lovers and critics.  From this album, Taylor Swift released seven songs and all managed to get good rating on Music Charts.  Especially, her songs "Shake It Off", "Blank Space", and "Bad Blood" reached number one spot after their release on "US Billboard Hot 100".

From this album, other released songs such as "Style"  and "Wildest Dreams"  managed to reach top ten spots whereas "Out of the Woods" managed to reach top twenty spots respectively on "US Billboard Hot 100".  This album was a huge success and paved the way for Taylor Swift's international stardom.   On the whole, this album sold more than 10.1 Million copies around the globe.  Some accreditations and awards Taylor Swift received for this album are as under:

♦     Multi-platinum certification for five songs by the Recording Industry Association of America (RIAA). 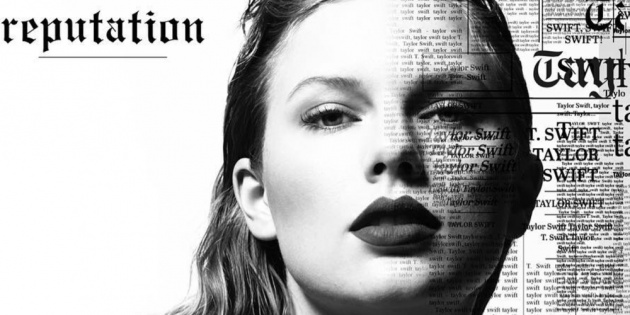 Taylor Swift released her latest 6th studio album with the title of "Reputation" in November 2017 again under the banner of "Big Machine Records".  This album contains 15 tracks all written by Taylor Swift.  This time Taylor Swift was also the "Executive Producer" of this album and took active part in the production with other Co-Producers.  This album also featured other famous artists such as "Ed Sheeran" and "Future", thus creating a buzz in the publicity of this album.  So far, Taylor Swift has released six songs from this album and already it has topped the Music Charts in many countries such as the United States, the United Kingdom, Australia, Canada, Austria, Belgium, Ireland, the Netherlands, New Zealand, Norway, Scotland and Switzerland.  This album has another following prologue also included in its booklet.

“There will be no future explanation. There will just be Reputation.”

This album "Reputation" sold about 1.2 Million copies in the United States and 2 Million copies worldwide in its first week only after release.  Its released songs "Look What You Made Me Do" reached number one spot in the "US Billboard Hot 100" and broke several major records in popularity and has remained outstanding in sales and online streaming figures. Other released singles such as "End Game" featuring "Ed Sheeran" plus "Future",  "New Year’s Day" and "Delicate" have also made remarkable progress on Music Charts around the world.  This album has so far received following accreditations for Taylor Swift:

♦     Has been rated number one album on "ARIA Albums Chart".

♦     Has been certified as "Platinum" by the "Australian Recording Industry Association (ARIA)". 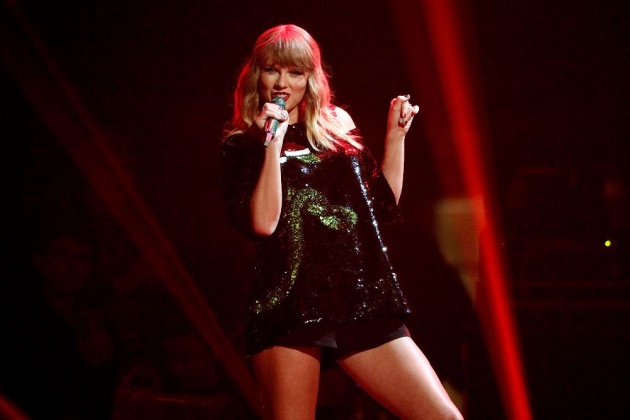 Taylor Swift is a legendary Music Artist who has enormous talent in singing and songwriting.  In a short time, she has already won two Grammy Awards which shows she has a long way to go and with the passage of time, her music and singing is improving and knocking new boundaries with each release of her album.  She is an active Philanthropist and has actively been taking part in Politics, Product Endorsements and Fund Raising for Children's Education etc.  Besides, her collaboration with other co-stars will play an important role in her stardom.  She kind of spent a lonely childhood as she was mentally and physically busy with her music activities which isolated her form other young kids around.  However, her fame and passion for music is making all others sing with her on her tunes and songwriting which is a very good sign and it shows she will make huge progress in future.

This Blog Was Written by Refaquat Noman (a Resident of Saudi Arabia and a Traveler) for bitlanders.