For the first time in forever, our company has set up an official team building event, well actually we had some outings before but those weren't official because we just set it up ourselves. We planned it as employees and that the company wasn't aware about it at all until a few days before our plight.

Then there were no specific activities within the day, like we just go to the location to swim and chill but no team building games or whatever.

This might sound weird to those who are working in a huge corporate but to the small scale companies like us, this is really really common.

Employers tend to forget about setting up these kinds because they feel like this is just a small company and that isn't necessary but then, having those are really helpful on building up the relationships between the employees, it is one good reason for each employee to love the company and to become happy while working for it. Plus it would be another point to remember, memories will stay forever with those pictures and videos saved even after the employment and the members will earn a grateful heart to the company too.

Again, let me share to you the background of our company. Gemango Software Services Incorporated is our company's name, I have been working here for almost three years now and today, I am sharing to you the type of businesses we have. 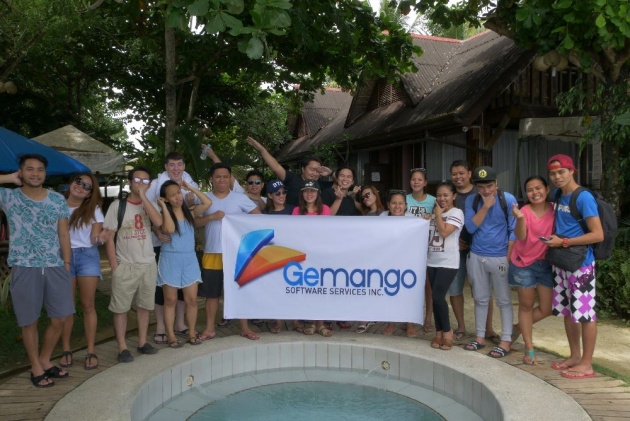 So to start off, this is a Belgian company, the owner hails from Belgium and it's been in business for almost a decade.

Our businesses includes information services like website building, software development, customer support and even clinical studies, yes we also have nurses onboard.

But still this is a small scale company, we only have around 14 employees including the admins. We also have hired a new admin this year and of which we are all grateful because we now have a better communication system and better person to provide us with administrative services. 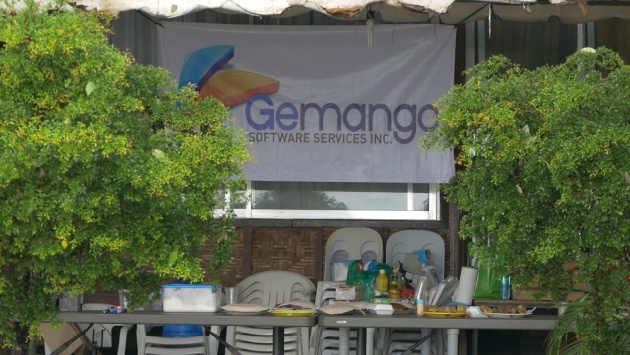 He was also the person who had asked for it from the employee because this was really needed due to couple of newly hired employees. In fact in the past months, the company hired four new employees.

Part of the process is the preparation of the team building event. Here are the things we personally prepared ourselves.

Probably the most tiring part of them all list is finding a location. Although there are lots of resorts all over Cebu, it is still challenging to get the resort you wanted.

There are certain things to consider such as the following:

The date of which we have set our team building was 11th of November, this was the only date in which everyone in the office are free so we then looked for resorts which were still available on these dates.

There were couple of resorts listed and we had called each and every one of them but ended up with the resort being fully booked and so.

Cebu City has a lot of companies, big and small scales businesses which have been doing these as well so it is definitely a bit challenging to get the resort we wanted at the specific date we needed. 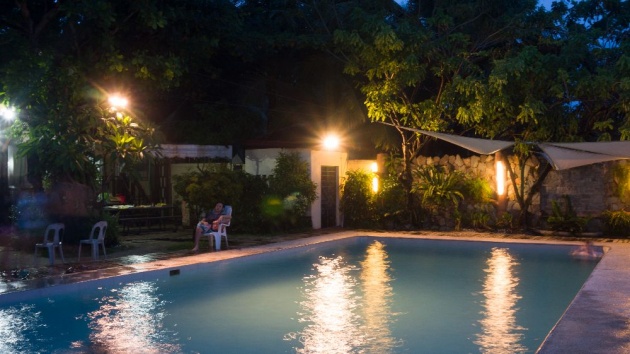 At night at Boadwalk Compostela.

One more thing to consider would be the pricing of the resort's overnight usage. There are resorts which allow guests to stay in but won't give exclusive services so we have to find the best price which we should be able to keep the location all to ourselves.

We found a location which suits our date preferences, the budget as well as the option to keep the resort to ourselves for the entire stay thanks to our colleague Chris for this. I will create a separate review for Boardwalk Resort.

After confirming and reserving the location, we went to the next part which is the itinerary. This includes the sequence of events, the time of assembly, time of departure and time of arrival according to the check in and check out timing of the resort. 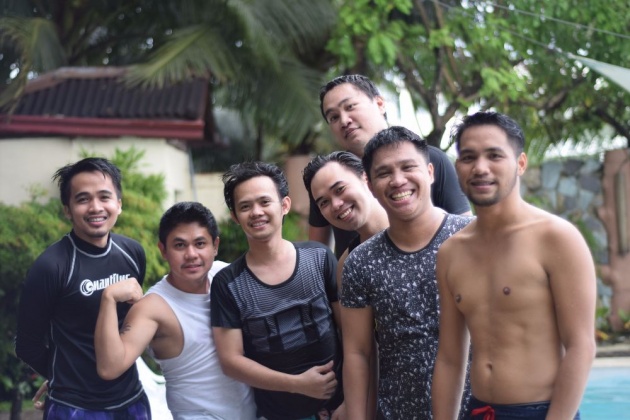 Since the resort has a 2pm check in time and 10am check out time, we had set that the team shall be assembling at the Mandaue McDonalds at 12-1pm noontime. Travel time to Compostela takes 30 mins to an hour depending on the traffic so it would be the best time to get on the road.

However, since the assembly was set at Mandaue, we also had arranged assembly time and location for those who are from Cebu City with their corresponding cars and who will take this ride and so on.

One of our developers had offered to bring his car for free which we greatly appreciated, our call time was at 11am in Jollibee Guadalupe. The rest of the team had also brought their cars and setup their own time.

After deciding on the transportation, we had then set up the itinerary, time of arrival, time of activities and time of departure from the location.

Definitely something which shouldn't be forgotten. Since we don't want to stress ourselves with cooking, we ordered food instead from a third party caterer who was referred by our new admin. There were four kinds of food such as: 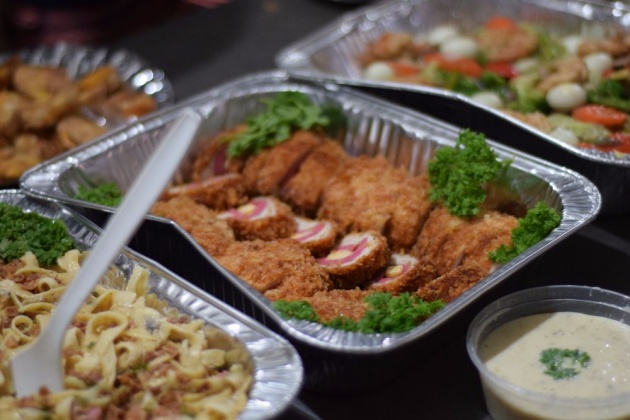 Chicken Cordon bleu in the house! 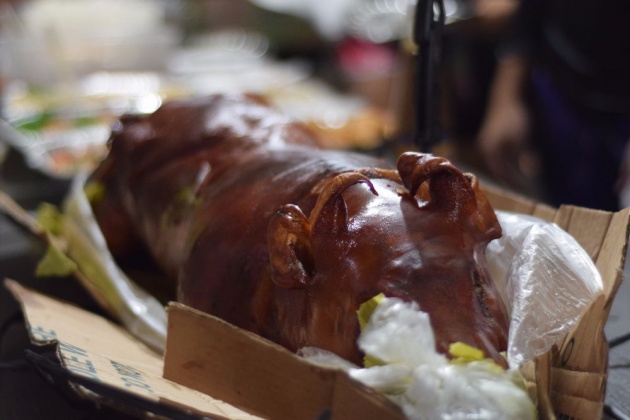 Sorry to my Muslim friends, you may turn to the next image. Here's cebu's lechon! 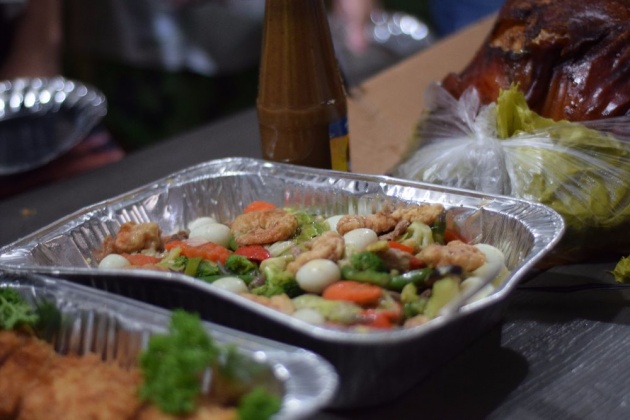 But aside from ordering home cooked food, there's for breakfast too like bread, eggs and coffee. We also brought our own such as:

The latter were from our own pocket just so we could have more food on the table. Gladly, everyone complied and we had more food than we really needed.

On the day of the event, we had to prepare certain things like the games, the arrangement of games and the prizes as well. 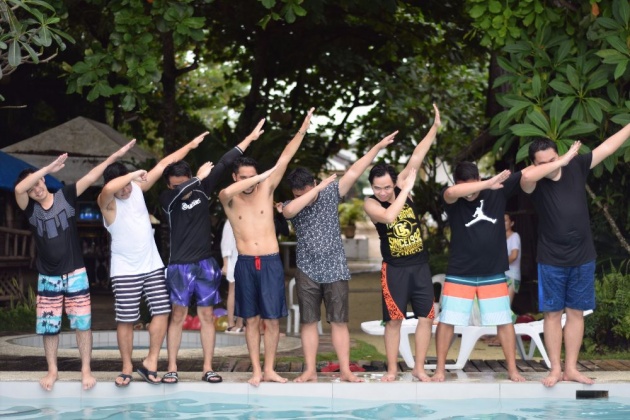 Our company never had these types of activities before so we hoped these will be a success. We prepared eight games but had only played five of them because it was already getting dark. Here's the list:

The prizes were per done on a per game basis. So each time a group wins, they receive their respective sweets for the prize.

That night we had dinner, it was a bountiful and scrumptious one with full of laughter. After which the drinking session for everyone of those who would want to drink started. Some were singing their hearts out while others stayed in the pool. 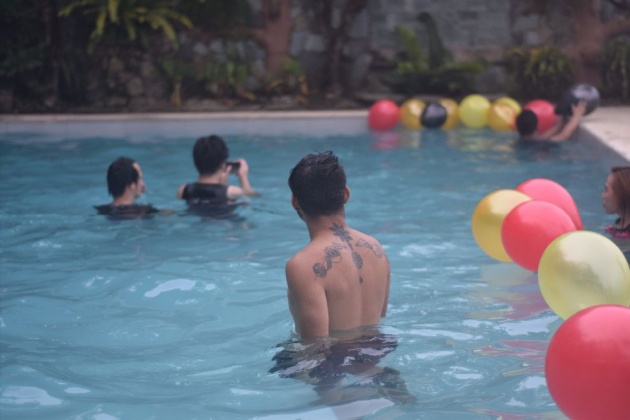 Staying at the pool!

An open forum happened as well that night until everyone got sleepy at three in the morning. We called it a night or a morning, whatever it was.

There's this called after event thing, this is the pack up stage. Most of our colleagues are young ones, childish and don't have a sense of responsibility yet so they need to be guided.

There were ones who led the cooking and reheating of food. There were some who were assigned to prepare the hot water for the coffees and etc. 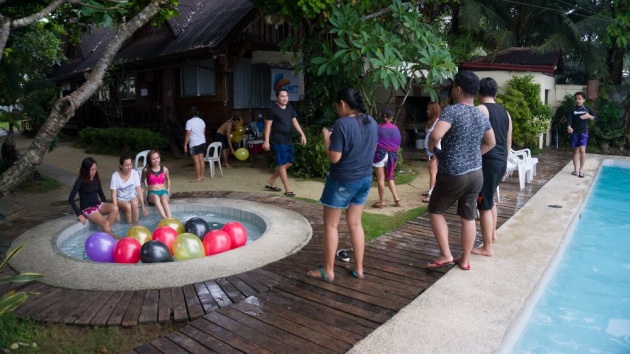 The K-pop fans having a cool down at the kiddie pool.

But since most woke up late, we had to delay breakfast at ten in the morning which was already late, we had checked out a bit late than. We packed up and left the location at quarter to twelve.

While everyone were all tired, it was actually a successful team building day. Everyone had enjoyed, I hope and I guess it was way better than the previous ones.

Now, we are looking forward to the next event - Christmas Party which will happen soon!

A Day at Boso Boso Highlands Resort and Hotel in Antipolo

Our entire team at work decided to hold our first-ever team building. This is the first for our curr…

Earlier this week, I had posted a blog about where our surprise company Christmas party was held. In…