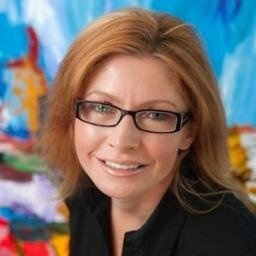 Marni Melrose is an award winning technology evangelist. Business and digital currency consultant. Here she talks about Bitcoin as a digital money and its gender gap issue.

FA: Can you briefly tell us about yourself and your background?

MM: I am a technology evangelist and a Bitcoin Certified Consultant™. I have been in the computer industry for 30 years. First as a technical advisor to my family’s companies then I moved to New Zealand and became a Service Technician for Apple Business Center. This was back in the day when we had CompuServe as our only means of access to the internet. I later became the head of that department as Service Manager in my early 20s. I took a break from technology for a while and traveled the world with my husband for 9 years. During that time AOL came along, and of course I jumped in. I remember the first browser, Mosaic. It was exciting times then. After I got divorced, I went back into tech as a Genius at the first Apple Store in San Diego, the Fashion Valley store. I soon found out that the world of retail was not my gig. I stayed with them for 1 year to the exact day as I had promised but not a moment more. During my time at Apple I became an Apple Certified Technical Coordinator. When I left Apple I started my own business, Xgenius which later evolved into MacAngel, PodioAngel and then into what is now simply known as MidasMarni, 12 years later.
I evangelized a product called Daylite, a CRM for the Mac, for 10 years, won several awards and was the world leading implementor for quite some time. It was a client/server technology. As cloud became more prevalent I shifted into the cloud when Citrix bought Podio and they invited my to be one of their Preferred Partners.

I had watched Bitcoin for a few months, but had not felt I was ready for me to jump in. On it’s 5th birthday I jumped in whole heartedly, after attending a meet up in Los Angeles where Andreas Antonopoulos was speaking. I had seen the signs of major growth and concentration. When I read that Marc Andreessen, who had co authored the Mosaic Browser back in the 90s was involved that solidified my decision more. As did Jeremy Allaire’s involvement in Bitcoin with Circle. Marc understood the internet in a way that I identified with as a tech and Jeremy was a business man. I had watched him as a Brightcove customer for 5 years. When I see smart men making major plays, that’s time for me to pay attention. Concentration is always where I want to be. I get to skip the hard part of formulation. Concentration is no piece of cake either, as we have seen with Mt. Gox and the other things that had to happen to bring Bitcoin into the mainstream and we are not there yet. There is a lot of hard work ahead before be can get it into full blown momentum. But it’s like a freight train at this point, there is no stopping it and it is just a matter of time.

FA: Since February 2014, Film Annex has started paying its users in Bitcoin. What do you think about it, not only as a currency, but also as a technology?

MM: I am so happy to hear that Film Annex is paying it’s users in Bitcoin. I feel it is such a better deal for the end recipient. I remember when I had an assistant in the Philippines and she would complain that PayPal was charging her. Every red cent was important to her and her family. Bitcoin could have really made a significant difference to her family’s bottom line, but at the time I did not know about it yet.

What do I think about it as a technology? I think that we have no idea of the impact that this genie will bring now that it is out of the bottle and it’s not going back in. I think governments don’t know how it will impact them and they will have some scrambling to do to maintain some semblance of control, but even then, they are going to have to realize that in some ways, it can’t be controlled. I think the central banks will loose a significant share of their business to Bitcoin and they will need to adapt and adapt quickly to survive. I think payment companies like Western Union and Paypal will need to jump in or be steamrolled at a speed that will totally take them by surprise. I think merchants will need to jump in because if they don’t their competition will. Just like overstock.com who, with the money they are saving in processing fees from credit cards, is passing that savings back on to their customers, making them even more competitive. 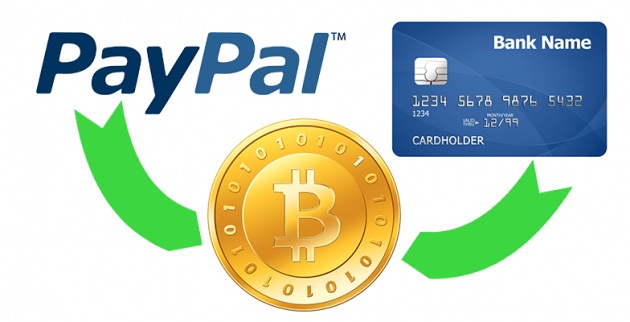 I think the consumer who finally understands that their identity will not be in the hands of others will demand to pay in Bitcoin even at the expense of getting educated on how to secure their Bitcoin. I think once they understand fundamentally that they can be in control of their money and that no one can take their money without their consent (if they have secured it well) will be a big draw. Right now too many people are syphoning off our money, the governments with their taxation and inflation, the banks and credit card companies with their fees, and the thieves with our identities. It’s time for that, not necessarily to end, but that people to remember it’s OUR MONEY, not theirs. And we are taking control back.

I also think the financial education that will happen as a result of going into Bitcoin will re-shape some of the unhealthy dynamics that have developed here in the western world. Why do banks think it’s their money? Well for the most part it is. We’ve become a credit nation. And in that world you play by their rules. If you don’t want to play by their rules, you stop playing their game. When you stop playing their game you win!

FA: Based on PriceWaterHouseCoopers' recent survey, women's participation in Bitcoin discussions is  only 4%, what is your perspective about this issue?

MM: I was 11 when I got into tech and at the time I was still a “girl”. I was modeling then and had been asked to go to New York to compete for a contract. My family had bought the plane tickets and it was two weeks away when I took an about face on them. I went in to a RadioShack store with my Grandmother and WOULD NOT leave until she bought me a book on the TRS-80 computer. She asked me why I wanted the book so much. I simply replied, “Because Grandma, when I grow up I am going to be in computers.” She asked me about modeling. I said that I hated the way it made me feel, like I had no brain. I didn’t like the way people treated me when I knew I was smarter than most of them. After taking an IQ test in school later that year, turns out I was right, 146, which is a little higher than most folks. I use that gift to grow the technical stuff and translate that into terms that non-technical people understand. It’s my calling.
I’d love to see more mother’s treat their daughters as human instead of little girls. My family respected my decision to change paths and they supported me by putting me into a technical high school. Respect children as individuals and don’t try to pigeon hole them into something just because they are male or female is my advice.
I think given the right environment more women will be in tech. It is starting to happen here in California. For the first time, women outnumber men in Berkley’s Intro to Computer Science course. 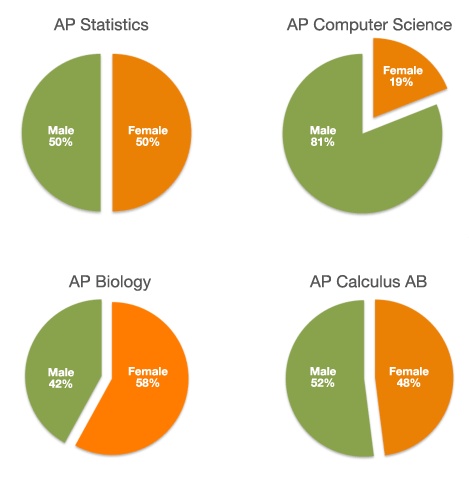 FA: How do you think of Bitcoin as a digital currency, can improve digital entrepreneurship among women in developing communities?

MM: I think that there is tremendous opportunity for women in developing communities to be entrepreneurs. Bitcoin can make that easier. I have heard that women in some countries are not allowed to have bank accounts without their husbands consent. I am not clear if that leaves a gaping hole for Bitcoin to walk through, but I think it does. I’d be interested in studying those dynamics further. I had also read that educated women do not send their sons to the Taliban training camps. Again, these are not things that I am clear on, but if that is true, then education is definitely the key in developing communities, that is why I am so excited about what the Women’s Annex is doing. Think of it like the fight between Apple and Microsoft in the early days. Microsoft appealed to business and Apple said, “Nope we’re gonna focus on the kids and the education market.” They were as smart as foxes! Why, because look at what those kid’s grew up to use. Who rules the day of the consumer? Apple or Microsoft? If you want to make a long term impact on a society, it starts with the education. Let’s go teach the world what Bitcoin can mean for their personal economic empowerment!