The 411 on Pakistan's plans to expel 1.7 Million Afghan refugees

Several years ago, I had the pleasure of exploring the origin of my maternal grandparents for a U.S. History paper. 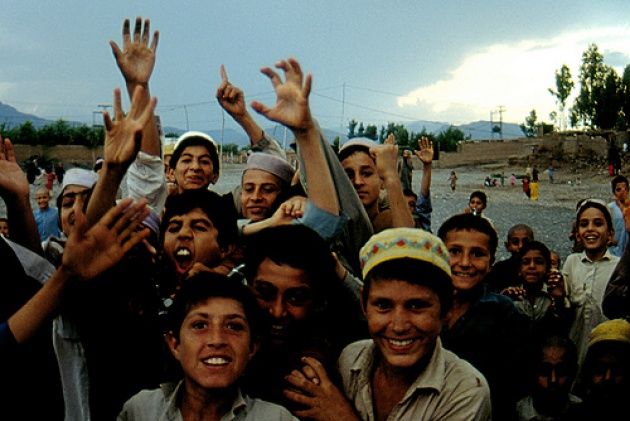 England, France, Spain, and Scotland where amongst the list of countries I managed to find many of my ancestors living before emigrating to and settling in the U.S. during the late nineteenth century. Four generations later ,and I still remain an American as well as a member of a second generation American family, just as do millions of other American born citizens.

Yet immigration is still a major issue on the list of American and world politics.

As the world continues to be littered by civil war and protests, emigration has become more frequent for countries like Syria and Afghanistan. Native families become scattered throughout the globe, mostly in nearby countries, in hopes of escaping the ongoing conflicts.

For refugees from Afghanistan, few families make the decision to not return to their native countries for fear of war reprisal. This seems to be the case for the 1.7 million Afghan refugees who have settled in Pakistan for nearly forty years.

Now,  due to a new order stated by Pakistan's government, they are forceably being sent back to the war-stricken Afghanistan. All Afghan refugees residing in Pakistan in camps or as registered citizens must return to Afghanistan when their refugee statues expires on December 31.

Ongoing war between armed groups like the Taliban and the imminent removal of foreign troops in 2014, must seem as bleak to the the Afghan refugees as it sounds. It is likely that two generations of Afghan refugees have been born and raised in Pakistan. And now they're telling them to leave? Poverty, random acts of violence, and the lack of security for it's people face the returning refugees.

There's two sides to every story: Pakistan's own struggles

While I could continue argue on about why this is a terrible decision, I'm here to report that it isn't exactly all sunshine and rainbows in Pakistan either.With internal government issues, conflicts with the Taliban (preventing them from entering the country through its border with Afghanistan) tensions with India, the current tension with the U.S. because of the anti-Islam film controversy, and other extremely daunting issues plaguing the country doesn't make Pakistan seem like much of a haven for Afghan refugees. These days, even Pakistan is struggling to ensure jobs for it's people.

What is Afghanistan doing to help its refugees?

According to the United Nations High Commissioner of Refugees (UNHCR), approximately 3 million Afghan refugees reside in other countries worldwide, with only seventy thousand who have returned, and about five-hundred thousand Afghanis have become displaced within Afghanistan, all reported earlier this year.

The UNHCR and the Afghanistan government strategically came up with plans to assist returning Afghan refugees for 2012 earlier this year. Incentives for returning refugees include:

These Afghan refugees left for a variety of reasons, many still unresolved,. Forcing them out isn't a solution to a problem for either country, but rather a problem added to the mix of an even bigger problem for Afghanistan.

Two generations as an American on my maternal grandparents' side still makes me an American. If I had to choose between my life versus my home, I wouldn't hesitate to choose my life.

Do these Afghan refugees feel the same?