The Animals In Davao Crocodile Park

The Davao Crocodile Park is considered one of the finest tourist attractions In Davao. It boasts thousands of its self-nurtured crocodiles. Contrary to its name, the park houses different animals such as monkeys, tigers, snakes, eagles, fishes and other reptiles and birds. It showcases a vast collection of crocodiles with its high-end facilities for the animals. 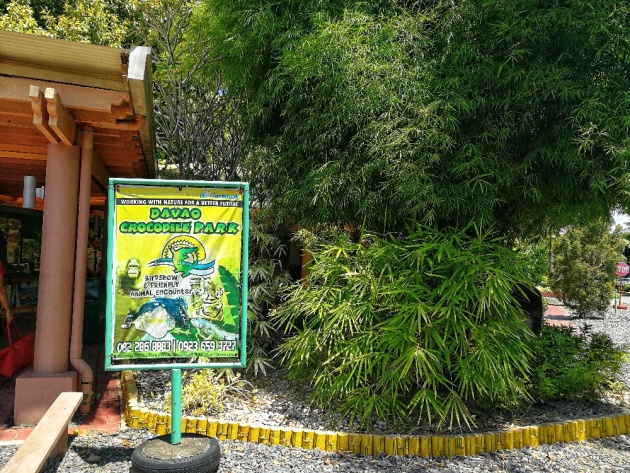 Davao Crocodile Park started with Mr. Philip Dizon's fascination with Freshwater and Saltwater Crocodiles. Later on, his fascination with these reptiles leads him to a moneymaking business. Then he found out that the crocodiles raised in the United States of America are not just for public viewing but for production of leather which can be made into bags, belts, and even shoes. It was then in November 1995 when Davao Crocodile Park was officially established.

As mentioned, the park boasts its self-nurtured crocodiles that vary in sizes and age. The park has more than five spacious rooms for these carnivorous reptiles. 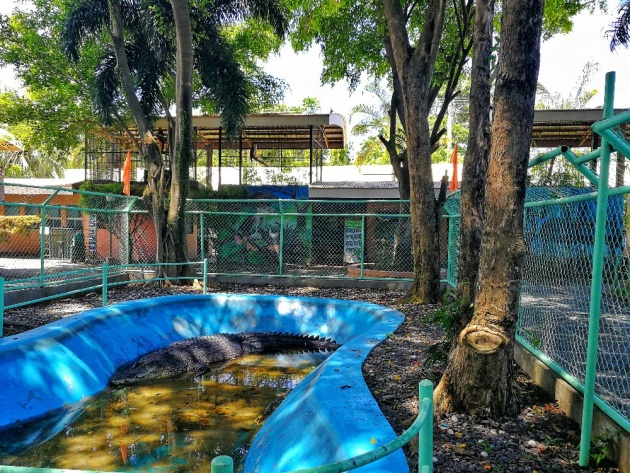 Apparently, contrary to its name, the Davao Crocodile Park is not a full-fledged park for the crocodiles alone. As time passes by, lots of animals from reptiles to amphibians to fishes and to mammals are added in the park.

One of the four icons of Davao that symbolizes pride and hope is a bird, the Philippine Eagle. Now the park has a different kind of birds that vary according to their habitat and lifestyle. These are the aerial, arboreal and terrestrial birds. 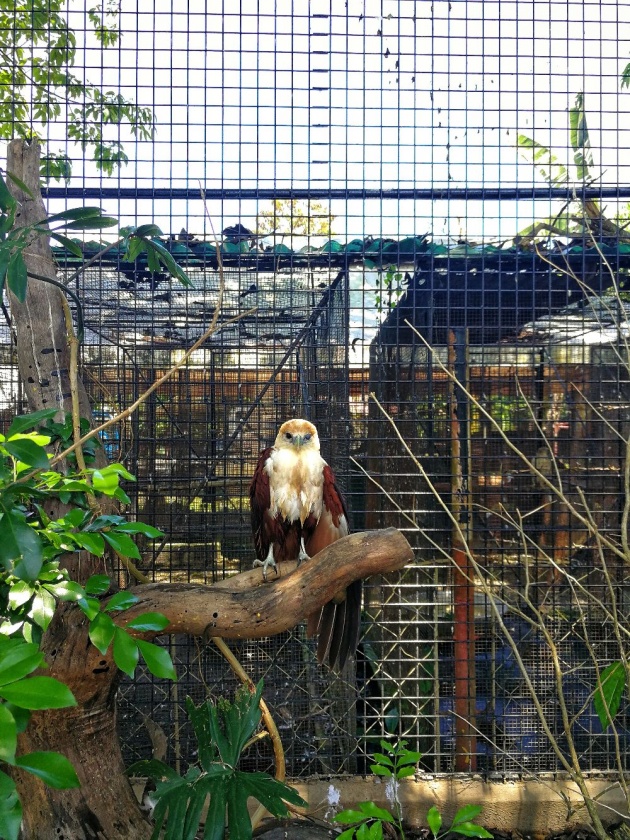 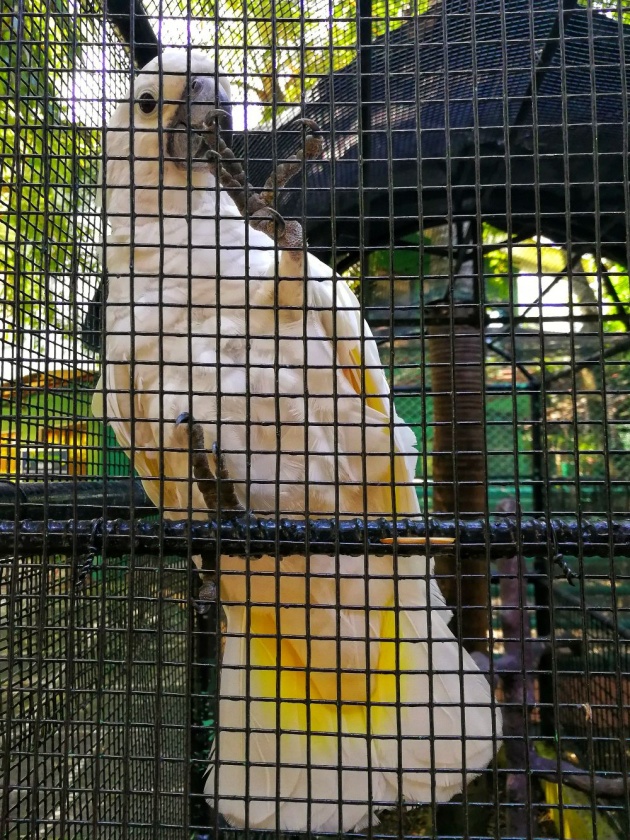 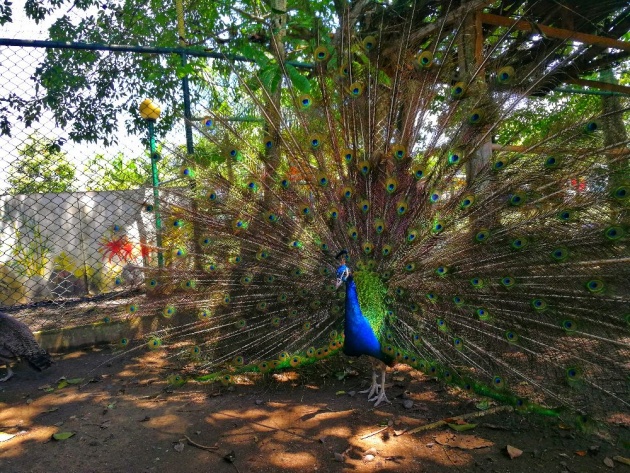 For the first time, I was able to witness in full glory the beauty of the peacock feathers. It was really beautiful and mesmerizing.

There’s a placard, Dragon’s Den before entering the area, but fear not, for this dragon will not burn you alive. It is friendly and harmless, and I must say, photogenic. I don’t know if it has only one Iguana in the area or there are plenty and I wasn’t able to see them all. The area is spacious so most probably, there are more than one. 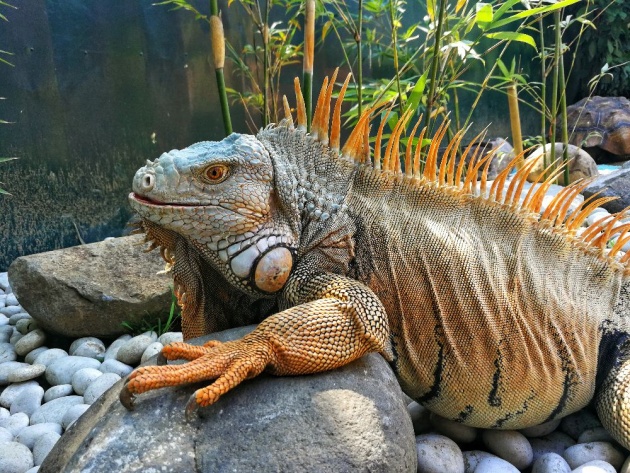 While I was busy having a photoshoot with the photogenic Iguana, I saw a Tortoise beside the Iguana of which I mistakenly thought as a big rock. His head was hidden at first, but when he emerged is head out from the shell, that was when I know that this big fella is a Tortoise that coexists with the Iguana. 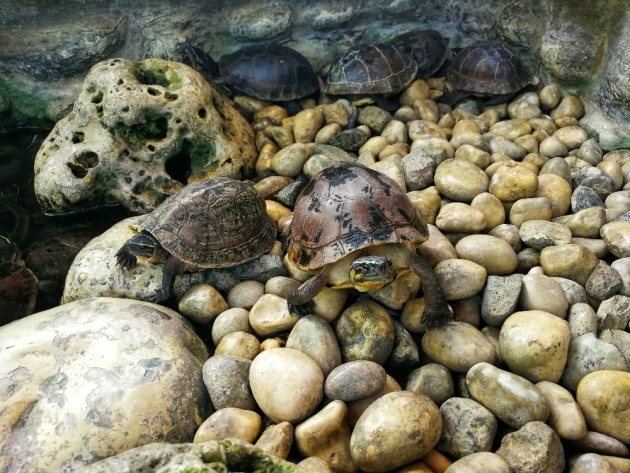 Now before entering the dragon’s den, there is a well with lots of cute turtles in it. The well is divided into two, the other part is water and the other one has full of stones, wherein the turtles can either choose to stay under the water or above the ground or stone, perhaps.

Both tortoise and turtles are reptiles. The difference is that tortoise lives majority in land and turtles in the water.

I wasn't able to have a close encounter with the charming orangutan though I caught him peeping like Tom. His room has a tree where he can swing and glide in it. The park has a show which they named as “Animals Got Talent” but unfortunately, we were too early for the said show.

There are also wild animals in the park. If I were mistaken, there are four Siberian Tigers caged in four small rooms. At first, I thought it was a Bengal Tiger and as I researched the difference, I concluded that it’s Siberian. If only they are harmless, I would love to hug them and squeeze their cute paws. 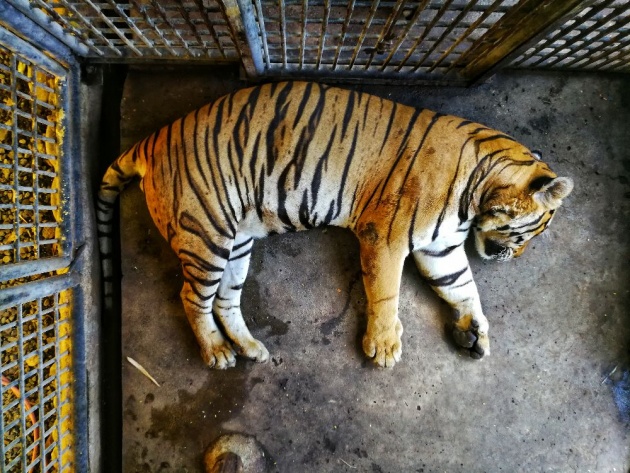 I was really expecting to see an Alpha Male but rather saw a sad looking Lioness. I don’t know if I’m just being emotional or paranoid but I can see in her eyes that she is sad and lonely. It’s either this Nala needs Simba in her life or she just misses Simba and she wants to be with her Alpha and the rest of the pride in the wildlife. For the room, it was rather small of the Queen of the Jungle. 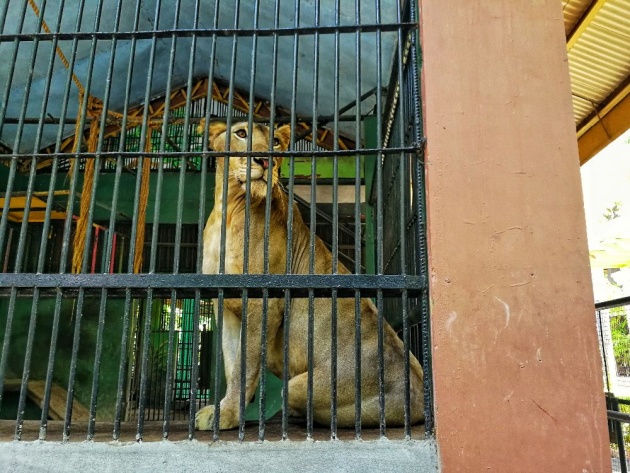 The bright and vivid colors of the Kois will attract surely your eyes and pull you closer to their pond where they swim around. You can buy fish food which is available in the park and you can feed it to the school. Expect some splashing as they flip their fins and open their mouth for the food. You can also put the food in your hand. Need not to worry, it is not dangerous but rather ticklish!

Beside the Koi’s pond, there is a mini Farmville in the park wherein you will get to see domesticated animals like goats, ducks, and ram. There are also native chicken and ostrich in the area. You can feed the ostrich in the two viewing shed. 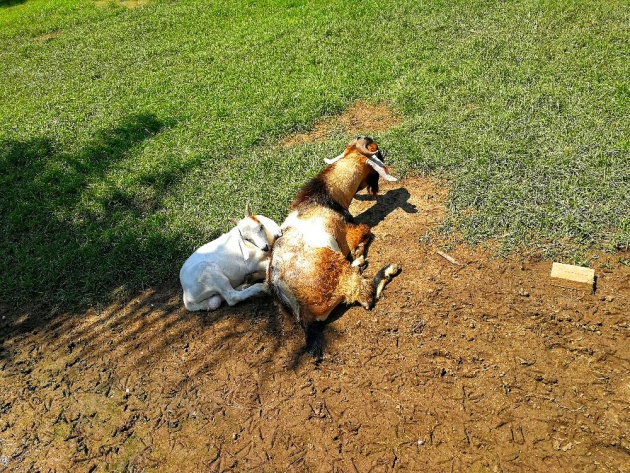 There are still plenty of animals in the park. I missed the chance to take a picture nor see them since we only stayed there for an hour. One hour is too short but we couldn’t afford to stay longer since we still have other places to visit.

Now let me enumerate to you some of the animals in the Davao Crocodile Park:

As mentioned beforehand, the park has a scheduled show, the “Animal Got Talent”. The participants in the said show are the Orangutan, Python, Siberian Tiger, Parrot and the Crocodiles.

The Philippines is known for the Lechon Baboy or Roasted Pig. If I were to choose, I would definitely recommend the Lechon Baboy of Iligan City. It’s really tasty and delicious. Now the Davao Crocodile Park offers also a Lechon, but it is not a pig but a Crocodile on the other hand. The meat is really expensive - 1000 Php per kilo. With that, one of my classmates decided to buy 1/4 kilo only just to know the taste of a Lechon Buwaya. If you are curious, it tastes like a Lechon Baboy. In other words, it is really delicious.

Also, the park offers you ice cream with various exotic flavors such as crocodile coffee, crocodile durian, and ostrich vanilla.

ON THE LAST THOUGHT,

A park or a zoo like this entertains and amuses us, humans. However, contrary to what we feel, the animals behind those cages are definitely out of place, more like they are prisoners. If we speak biodiversity in our ecosystem, we can say that the zoo is interfering with it.

Well, probably not all are applicable like the domesticated animals, and terrestrial birds but for the wild animals like the tiger and the lion, they should be in their own respective habitat. They are bound to be the predator who looks for their prey. They are bound to run wild in the jungle but here they are trapped in a small four-cornered cage. Their movements are limited to walking, sleeping and waiting for the food to be thrown in the cage. For the orangutan, they should have been swinging from one tree to another yet they are limited to swinging from one branch to another branch in a single tree.

Hope that they will be given a much larger room with an environment closer to their supposed to be habitat.