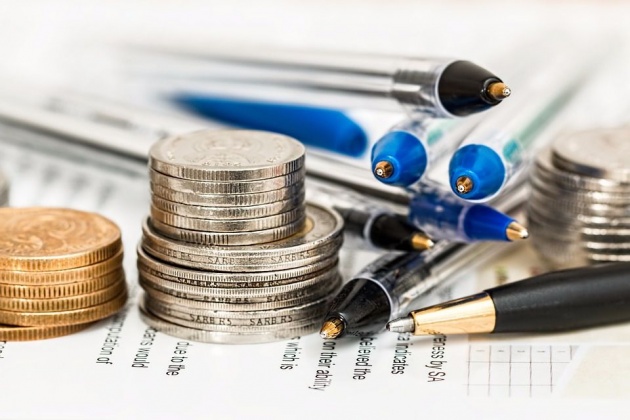 submitted by jwithrow.
Click here to get the Journal of a Wayward Philosopher by Email

Journal of a Wayward Philosopher
The Beta Investment Strategy

"Most people think the secret to making money by investing is to find the stock that will go up. They all want to be an alpha investor, the big man on campus... That's the whole game, they believe - seeking alpha... But the trouble with alpha is that it is unreliable... In the long run, it's beta that makes fortunes, not alpha. Every study proves it... A beta strategy is completely different from an alpha strategy. Instead of trying to beat the market, you make the market your friend. It's not your enemy. You don't try to beat it; your just want to join it. And go along with it." - Bill Bonner, Family Fortunes: How to Build Family Wealth and Hold on to It for 100 Years

Wife Rachel and I are back in the Queen City for the weekend with little Maddie in tow. Accustomed only to mountains, pastures, and the wide-open spaces of the countryside, Madison stares up in awe at the tall buildings that loom overhead. Accustomed only to backwood country roads, her father tries very hard not to curse at all of the other motorists he shares the highway with.

We travel back to the city of our marriage this weekend to celebrate a soon-to-be new addition to the world of humanity. Friend Wade will soon be a poppa!

Rachel comes bearing gifts for the mother-to-be Kristi and her soon-to-be son, Thomas. I come to share a stiff drink with Wade and tell him how amazingly hard child-rearing is. Madison has been instructed to wake up crying at 3:00 am to hammer home my point.

Charlotte is where I spent most of my years in the corporate banking world, and the sight of Bank of America's corporate headquarters on the corner of Trade and Tryon brings back a flood of old memories.

I remember watching Occupy Charlotte from the fifth floor of the Independence Center as they scurried about with their megaphones and their drums. "Get a job!", I remember a co-worker shouting down at them though he knew they could not hear. Google Ron Paul for the real solution, was the thought that popped into my head... I can't remember if it was directed at my coworker or Occupy Charlotte.

I remember Chilly Willy, a famous guitar-strumming homeless man who often frequented the main strip with a cowboy in his mouth and a bottle of cheap vodka tucked away in his coat pocket. Chilly Willy had cost the city so much money in frequent arrests, jailings, and emergency room visits over the course of his two decades of homelessness that the city council eventually forked over a million bucks to build a homeless shelter with him in mind. Then Chilly Willy was hit by a car while crossing the street and he died before enjoying even a full year in his new home. The best laid plans of mice and men...

On the financial side, I remember sitting under fluorescent lights in a stuffy little cubicle from 8:00 am to 5:00 pm or so every single day. I would drink lousy coffee and complete all of my risk assessment reports from 8:15 to 11:30 each morning. I would heat up a sandwich of some variety in a toaster oven at 11:30, and then I would eat the sandwich at my desk while catching up on current events in the world of finance and economics. I would spend 12:30 to 4:00 answering emails and voicemails on and off with a keen eye on the markets and my favorite finance sites. I would usually gear down around 4:00 and plan out the next day.

Sometimes I would slide out of the office in time to catch the 5:05 train; other times I would work late to get ahead on my reports. A few times I accepted a coworker's offer to scoot across the street for happy hour featuring 50 cent drafts. I can't remember the name of that quaint little tavern, but I know it met an untimely end a few years back. I suspect the new entity operating in the same building refrains from featuring 50 cent drafts on a street corner crawling with bankers, lawyers, stockbrokers, and Ken Lewis.

This strikes me as simple common sense now-a-days, but back then it flew in the face of everything I had been taught. Teachers... professors... presidents... newscasters... bosses... peers... they had all been offering me free public information each and every day for years. In the classroom... on the television... in the conference room... at the coffee pot... on the telephone... in my inbox... the public information flowed freely like the 50 cent drafts at our bankers' tavern.

The problem was, most of it was valueless... completely void of utility.

I learned this the hard way after I had fashioned my young stock portfolio around the free proprietary investment analysis from my employer's brokerage wing. This analysis was public information, and it came to me with the click of a button. No subscriptions, no monthly newsletters, no pay walls... these stock picks were free for anyone who simply visited the site.

A123 Systems was one of the "strong buys" in my portfolio. For those unfamiliar, this was one of the alternative energy companies that received a couple hundred million dollars from the Feds - extracted from us lowly taxpayers - to build facilities and finance operations. The company filed Chapter 11 bankruptcy less than three years later, and the stock promptly went to zero.

By the way, the bankruptcy filing came less than three years after A123 received $249 million from the Department of Energy, but it came less than a year after I bought the stock based on public information.

There was one other stock in my investment portfolio that went to zero due to bankruptcy, though the name of the company eludes me. Even Warren Buffett wouldn't be able to build a portfolio capable of surviving two 100% losses during the same time period, but fortunately most of my other stock picks based on proprietary public analysis were deep in the red also so there were no "what if" moments, nor was there any mistaking the duds for flukes.

It was then that I discovered the true intrinsic value of public information.

The Beta Investment Strategy focuses on hated sectors that have been beaten up, but contain strong fundamentals and a positive trend. The goal is not to maximize profit on each position, but rather to generate an acceptable rate of return over a long period of time while taking on little risk.

The way you do this is by waiting for the trend to confirm your convictions before getting into your market. In other words, if you think a particular sector has bottomed, you wait for that sector to form higher highs before getting in. At that point you gradually begin to enter the market yourself, cautiously deploying your capital over time in case you were wrong about the bottom. So instead of rushing to grab the latest hot stock before someone else bids it up, you ease your way into stocks in a hated sector as they gradually trend upward in price. 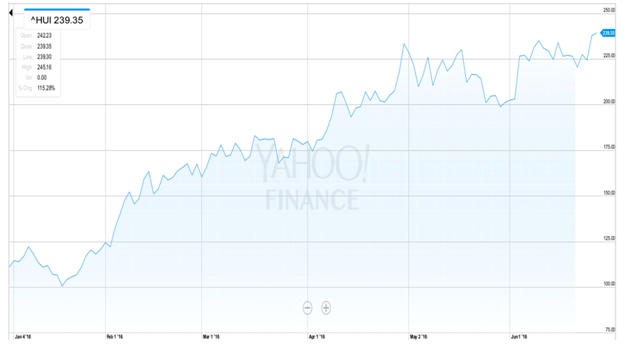 This charts the gold equities sector as measured by the HUI index. As you can see, this sector has more than doubled since January of this year. If you scaled into this market as prices started to rise, you have done quite well regardless of which individual gold stocks you picked. Some gold stocks have done better than others, but they all have enjoyed significant gains since January.

Had you been honed in on this sector, you could have picked a handful of gold stocks at random and you still would have blown your 401(k) returns out of the water. Now had you gotten into the best gold stocks, your portfolio could be up 80, 90, 100% or more! What's better - with proper stop-losses in place you can safely ride the wave higher for as long as the trend is up. That's the power of the Beta Investment Strategy.

We are tracking a small portfolio of stocks according to the beta strategy in our Zenconomics Report if you would like to see a real-time application for this investment strategy. It is 100% free to sign up for the monthly report. As a bonus, we include a report detailing everything you need to know about managing an investment portfolio in our Assess, Mitigate, Implement, and Prosper report.

The June issue of the Zenconomics Report has gone out absolutely free to members of our email list. The Zenconomics Report covers market updates, major events in the financial markets, the evolution of monetary policy, and how to position your finances to benefit from developing macroeconomic trends. We track a small portfolio of stocks according to the Beta Investment Strategy, and the June dispatch details how we think anyone can build a small fortune over the next several years by catching a major financial trend that is just now beginning to play out. To join the Zenconomics Report mailing list, simply subscribe at this link: www.zenconomics.com/report.

What is ripple? - Ripple is a real time gross settlement system, currency exchange and remmitance c…

This site offer minimum amount of bitcoin to invest https://bithash24.com/?ref=BH410134…