The construction of knowledge through Media 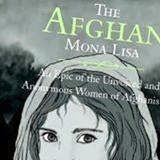 Do you ever wonder how we begin to perceive a particular group of people in our society and those outside our physical realities in a certain manner, why we hold stereotypical views towards them whilst we don’t know anything about them in a personal level, how we hold on to a viewpoint even if we recognize it as stereotypical and dehumanizing, nevertheless we embrace our perspectives unwilling to break the prejudice outlook because its rooted down in our consciousness, afraid of the unknown we ignore it and perpetuate the cycle?

Do you ever wonder how you can break the chains from these corrupt fabrications that have been passed onto you from your social milieu?

Do you wonder what you as an individual can do to break free from such indoctrination that is created by the Media in your society?

I have, and for me it begins with the women in my country. What begin as an inquiry ended in the form of a book. The journey of writing The Afghan Mona Lisa for me was a personal search to break from the chains of my society telling me who I am, fabricating diverse images about Afghan women and thus creating stereotypes that were detrimental not only to my identity as an Afghan woman but to all the Afghan women around the world. Hence, I began my research into a life long journey and this transition opened up the door to free knowledge.

About The Afghan Mona Lisa

The Afghan woman has been portrayed with a mixture of concoctions in the media since the collapse of the Taliban in 2001. Afghan women have been spoken of, and they have been depicted on the covers of national magazines as voiceless, faceless, and nose-less. They have been epitomized as victims of the most atrocious human rights in the world. During the last thirty plus years of war in Afghanistan, three decades of gruesome battle, the Afghan woman has experienced the shocking dispossession from everything loved, surviving in the midst of abject poverty, foreign and civil warfare, and staggering epoch of the Taliban. Their only crime is simply being born in Afghanistan as a woman in an era unfavorable to their gender.

An Epic of the Unvoiced and Anonymous Women of Afghanistan weaves the threads of Afghan society and its enduring consequences with Afghan national traits once esteemed and honored. Through the soft methodology of poetry, a melodious and dynamic style, expressive of Afghan women’s narratives, gracefully emerges. From the political field of the media to the nostalgic melancholy of the Afghan population living outside Afghanistan to the construal of the burka as a customary garment to the Afghan nomadic standard of living, Zereh voyages into the Afghan woman’s life through poetry, facing the escalating questions of Afghan women in jeopardy. As Zereh reminiscences of Afghan women in Kabul and reflects on Western channels depicting Afghan women, she boldly asks what happens when a race is misrepresented on the international stage. Comparing the spectacle to a circus show, Zereh asks the reader to pose these inquiries about the Afghan woman in an objective, tolerant and empathetic manner.

Even after that the beliefs dream, to live with you and to meet with you the last moments of life

Maybe it does not end here or the rest of the life starts from now on. I know that the last effort o…