The corporate side: Kabul

According to Sampson, Higher Education and its importance have long been ignored in developing countries but since last two decades it has been the top priority of developing countries to educate their nation. Like Mahathir Muhammad quotes “The future of the countries around the world will not be decided in battlefield but in classrooms”. R.Boden and M.Nedeva explains, "The role of higher education as a major driver of economic development is well established, and its role will increase as further changes in technology, globalization and demographics impact the world. If we look at the history, universities have always graduated students with skills and knowledge that have proved to be beneficial for the Government, economies, wider society and we are constitutive of them. Talking about the traditional side, universities have educated elites but if we look at the recent years, the graduates have been massified; this massification has increased in a great deal the supply of labor in the economy which has made graduates to face more fierce competition to get employment. Maher and Graves states, "There comes the employment skill of graduates which makes a difference. In a situation where there is great competition in employment market, then it is must for students to develop greater ownership of their employability skills if they want to maximize their potential for a successful career. For this purpose it is the role of universities to produce trained graduates who fits the employer needs; however the universities have not been successful in producing graduates with the particular employability skills that are required by the different employers". 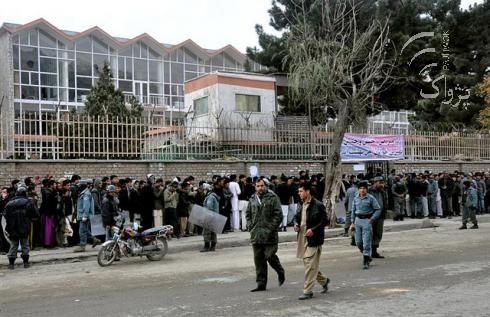 Afghanistan’s case is no different, with the recent universities rankings announced, ‘Kabul University’ lead the charts in almost all categories, its students by far are mostly recruited in corporate sector amongst all, one challenging factor of high concern was the Afghan diaspora, it’s the outcome of the huge investments in Kabul that has attracted many quality graduates from across the globe resulting in high competition. However, with the recent changes, many local and foreign investors, NGOs, businesses are closing leaving behind the overpopulated Kabul in critical situation such many offices have been shut down; downsizing is common amongst majority, decline seen in start-up businesses and with huge drop in salaries, the situation seems aberrant. A recent story from Afghan civil society organization, ‘Integrity Watch’, after advertising its post witnessed a massive number of ‘CVs’ in its history, the interviewer stated.

“Being on the panel this week was more than shocking; we had to interview such quality personnel and graduates with great experiences on high posts both in private and public sectors, leaving us with the least margin of choices, ultimately the decisions were made leaving behind many potential candidates”.

This depicts the situation of ‘unemployment’ in the country; it seems to be more than worsening. The bitter fact is, only foreign organizations recruited on merit, our authorities seems to be focused more on their personal and relatives interests, however decisions must be taken in this regard not to solve the current issues but also to focus on the upcoming challenges.