Scientists have already discovered about 32 different black widow species around the world. Among the popular species are the North American black widows, button spiders of Africa and the Australian redback.

Different among the species are their sizes. But, the most common method of identifying black widow spiders especially for the females are the reddish like hourglass-shape on their abdomens. Most female species also comes in dark or black color. 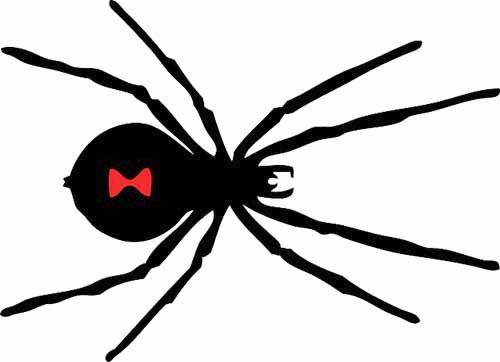 As for the males, they are half the size of the females. Their common body color are either grey or brown. And just like the females, they also have an hourglass marking on their abdomen but with yellow or white color.

Black widow spiders are actually considered as dangerous due to their venomous bite. Female black widows unusually possess large venom glands filled with neurotoxin "latrotoxin". When injected into a human victim, it may result into systemic effects (latrodectism) which may include severe muscle pain, abdominal cramps, muscle spasms, tachycardia and hyperhidrosis.

The symptoms usually lasts for about 3 to 7 days or for several weeks.

Despite of being considered as harmful to humans, their bites are rarely fatal. But in the early 20th century, there were already reported incidents of fatal bites which were due to tredecimguttatus.

When it comes to the cure, there isn't really any antidote. The anti-venom used for medication is actually a "pain reliever" which is not intended to save the life of the victim.

After the female and male black widow spiders had finished mating, the female eats the male. This behavior has been referred by the scientists as, "Sexual Cannibalism". According to the research that was conducted at the University of Hamburg in Germany, they found out that sexual cannibalism is a form of an "ultimate sacrifice". This is to ensure the survival odds of their own offspring.

Although, some scientific research claims that female black widows rarely eat their partners after finished mating out in the wild. But, if based from most documented evidences which took place inside laboratory cages, the females had consumed the males. This was probably due to the reason that the males could not escape out from their cages.

Common black widow spiders of the "Theridiidae" family usually build their web made out of silken fibers. When the spider is ready to hunt, it will hung itself upside down from the center of its web. It will then wait for insects to be caught or stuck. 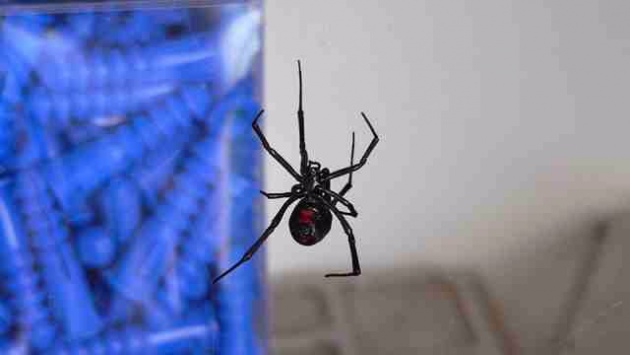 If it happens that a certain insect got caught into the web, the spider can sense it rushing on its way into the prey to deliver its bite. To feed itself, the spider will use its fangs to administer digestive enzymes. This will easily dissolve the internal organ of its prey for easy feeding process. 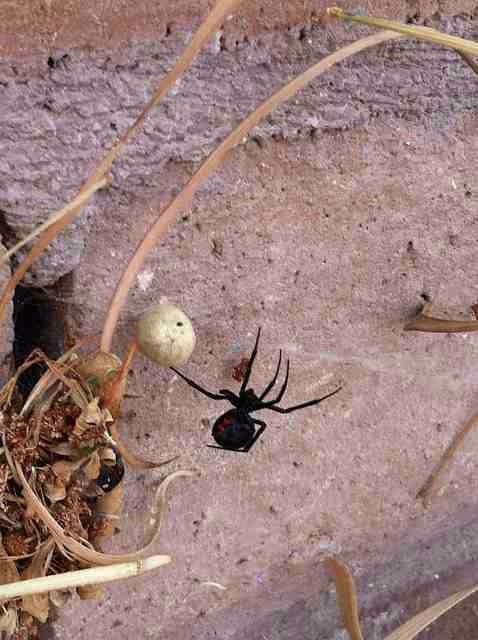 After the bite, the spider will completely wrap its prey with silk.