The Drama League has spent nearly a century promoting American Theater to audiences worldwide. They are responsible for diverse programs and events that bring audiences closer to the stage and fosters the education and development of young talent. Their programs and partnerships offer hands on opportunities to individuals with aspirations who have demonstrated talent in dramatic and musical theater.  Their fellowships and programs offer opportunities where the participants learn by doing.

Among the many events the organization sponsors during the course of the year is the Annual Musical Celebration of Broadway, an evening of celebrity and song that in the past has recognized some of Broadway's biggest stars. Former honorees have included:  Liza Minnelli, Andrew Lloyd Webber, Audra McDonald, Patti LuPone, Hal Prince, Kristin Chenoweth, Chita Rivera,  and Angela Lansbury among others.  This year's event was in honor of star of stage and screen, Neil Patrick Harris.  NPH, as he is known to intimates is probably best known for his role on the hit television series "How I Met Your Mother" which will air it's final episode this March. With 4 Emmy Awards and TV, Screen, and Stage credits too extensive to itemize here, NPH is the epitome of the designation "Triple Threat."  Next up for the prolific entertainer is the titular role in "Hedwig and the Angry Inch" which opens on Broadway this April. The production is generating serious buzz and is already one of the most highly anticipated shows of the year.

It was almost only fitting then that the Drama League saluted Harris this year as a welcome home of sorts. Of the evening's featured guests and performers, #InTheLab was honored to spend a few moments on the Red Carpet with the man of the hour himself, NPH and his partner David Burtka as well as Fashion Guru Tim Gunn, and actors Zachary Levi, Kal Penn and Judith Light. Check out our coverage and get your tickets to "Hedwig" now! 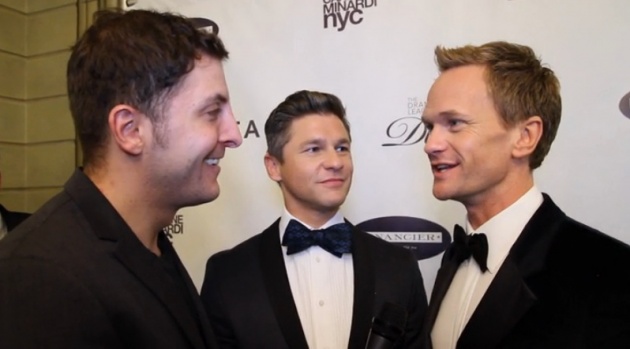 The Traditions of Mother's Day in Lithuania