The Feature Film Stance #1: The iMom | Presented by Alter 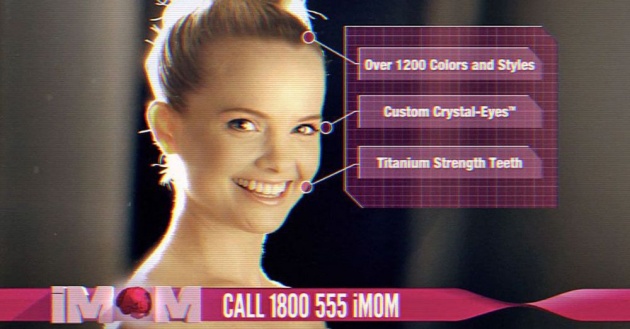 Introducing my new segment for short films and movie reviews, The Feature Film Stance. This talks about specific stories from various Al theme related short films and movies around the globe. In this segment, I would be sharing my opinions and where I stand about that matter. So I hope you enjoy this, feel free to comment down below, suggestions and hate are welcome.

In lieu of bitLander's newest theme which is Al Theme Blogging, I would be sharing my stance about a short film presented by Alter, The iMom. This blog will serve us my first output about it. It will talk about some important matters regarding life inside an Artificial Intelligence and one of its negative impacts on us.

We all know that our generation today has been accomplished a lot of things in producing great inventions, thus, resulting in easy and comfy lifestyle. Our generation is considered as the most powerful one, for we already beat a lot of hindrances in our daily basis activities; however, things might be seriously different and crucial when it comes to inventions interfering with real human situations. This short film will show us the huge impact when human became dependent on Artificial bits of Intelligence. The film proves a theory on how it can drastically change the life of a person or the human race itself.

Artificial intelligence is a technology that is already impacting how users interact with and are affected by the Internet. In the near future, its impact is likely to only continue to grow. AI has the potential to vastly change the way that humans interact, not only with the digital world but also with each other, through their work and through other socioeconomic institutions – for better or for worse.

BEWARE OF SPOILERS, BETTER TO WATCH THE FILM FIRST.

Referring to the short film itself; in today’s era, babysitters and a lot of nannies had been really a great help in raising a child especially for workaholics and committed to working moms and dads this led to an idea that gave this company a hope to sells their inventions to a large market composing of families who needs reliable assistant and perhaps, hospitals and medical center who needs efficient nurse and staff.

“Introducing the cutting edge of lifestyle technology. A game changer at child care and a true revolution in the way we raise our kids. It’s the iMom”

The story started when this committed mother shows up looking busy and stress, despite this, she’s trying her best (maybe?) to take care of her son’s well-being. But her son seems to be unaware when his mother heard him saying the words out loud from what his reading, her mother somehow looks disbelief.

The Mother asks his son about some matters in relation to school and series of events happened to him, but as what is expected to a boy who had been denied of attention and care, He didn’t tell his mother any of it and just refused to talk about it. This is when a product of Artificial Intelligence approached them, their new ‘reliable’ house companion. The iMom.

The mother told the iMom to take care of her children and cook the chicken at the counter for dinner. The mother leaves the house as soon as she reminded the iMom everything it must need to know. The iMom became the companion of the boy, he even commands her to kiss him, and to do and tell him stuff.

To make the story short, an unfortunate event happened. Power and signal interruption were occurred in their place which made the iMom to be destabilized and to malfunction. Sadly, the robot mom ends up cooking the baby instead of the chicken itself.

MY STANCE TO THE IDEA

In my own opinion, I think that these shows how our present generation undeniably believes in materialistic and human-made things and only perceive old things as unreliable and waste of time, referring to the bible scene. By some means, I find it terrifying by how humans can forget what is to have humanity and faith to our creator.

The iMom might help preoccupied mothers to sustain the basic needs for her children but it can never sustain the moral and spiritual needs of a child. The iMom is not a human being; it lacks capabilities to determine what is right from wrong.

Yes, it can be reliable at sometimes, it can follow commands, it can finish the job but it lacks the decency and effectiveness to be a mom. It doesn’t have emotions and it can harm children in a way we can barely imagine. We can think one moment that we can trust it, but unexpectedly it will betray us, the system will betray us. Parents from this short film might think that their children are protected, but no, it can change them silently without them noticing.

Do I say YES or NO for this technology?

I say NO. Better safe than sorry, better be hard than sorry.

So that’s it, that’s My Stance for this short film. Hope you like it, and feel free to comment you stance, it will be really a great discussion. Thank you, Everyone!