New Year celebration is a very special holiday which is filled with lots of traditions and superstitions to receive luck and prosperity on the coming new year. We wait until midnight or the New Year's Eve to welcome the New Year. We make noise to drive away bad spirits and energies, wear polka dot or red dress for fortune, open doors and windows to attract luck, etc. One very popular practice during Filipino New Year is eating foods which are considered to bring luck for the next year. Again, a Filipino celebration isn't complete without foods. So here are the lucky foods Filipinos commonly have on their tables for New Year's Eve!

The "Media Noche", a Spanish word for midnight, is what Filipinos call the feast during New Year's Eve. (New Year's Eve is translated as "Bisperas ng Bagong Taon" in Filipino.) After Christmas, Filipinos get busy again preparing for New Year. Since nobody wants to get bad luck on the following year, majority of Filipinos try to repel it by having the foods which are believed to protect and help them attract good luck instead. There are lots of foods which are considered lucky for Filipinos during New Year and they are delicious! Here's the list!

THE LUCKY FOODS FOR MEDIA NOCHE 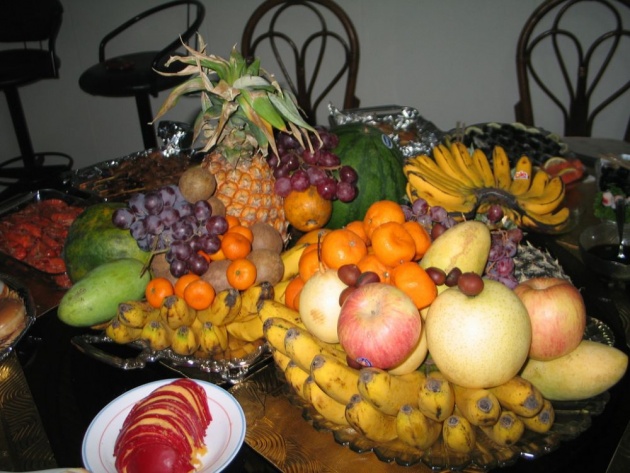 Every New Year, round-shaped fruits and other fruits that are considered lucky become in-demand and usually increase in price. Round-shaped fruits are believed to be lucky because it resembles the shape of a coin. People should have 12 fruits on their table on New Year's Eve. Each of the fruit represents each month of the year. The fruits suggested for people to choose from are: apple, avocado, banana, grapes, kiat-kiat (mandarin orange), lemon, lychee, mango, melon, orange, papaya, pear, pineapple, pomelo, and watermelon. 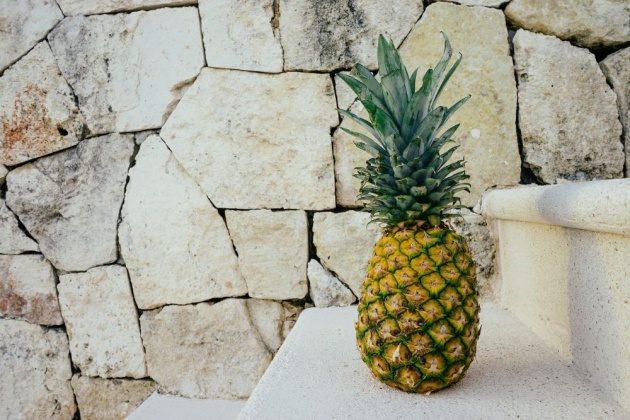 Having twelve fruits on New Year's Eve was influenced by the Chinese. (Well, the whole superstition of preparing lucky foods are probably by the Chinese as well.) Each lucky fruit has a specific luck to give. Apple for harmony, avocado for prosperity, banana for unity and happiness, grapes for abundance, kiat-kiat for money, lemon for eliminating negative and bad vibes, lychee for happiness and good fortune, mango for strong family ties and money, melon for money, orange for success and money, papaya for good health, pear also for good health, pineapple for wealth and prosperity, pomelo for good health, and watermelon for prosperity. The luckiest fruit among the list is said to be pineapple because its Chinese name "ong-lai" means "fortune is coming your way".

Fruits are indeed very lucky to have even though it is not New Year or don't believe on the superstition because it is a healthy food with lots of good benefits for our body. The most popular fruit during New Year, based from my observation, is probably the kiat-kiat because of its round shape (resembles coin) and orange color(resembles gold). Most of all, it is cheaper than other fruits. My family doesn't practice this superstition of completing all 12 fruits but we also buy some for New Year. Just the ones we like to eat and those which we give to our few business partners. However, we didn't give them any fruits this year, instead, we gave them sticky rice cakes.

Sticky rice cakes (or "kakanin" in Filipino) are also very popular during New Year. Since sticky rice cake is a Filipino delicacy, it can be found easily and is very affordable. Having any sticky rice cake on New Year is believed to bring the family closer together and develop a strong bond. It also attracts good fortune and helps it stick with you throughout the year.

Examples of sticky rice cakes are puto, biko, kutsinta, palitaw, suman, bibingka, puto bumbong, maja blanca, etc. This year, we ate puto and suman. The puto is a small round-shaped steamed sticky rice cake while suman is a cylindrical-shaped sticky rice cake wrapped in banana leaves. These delicacies on New Year does not only make you feel lucky but also give you a feeling of the traditional Filipino feast. 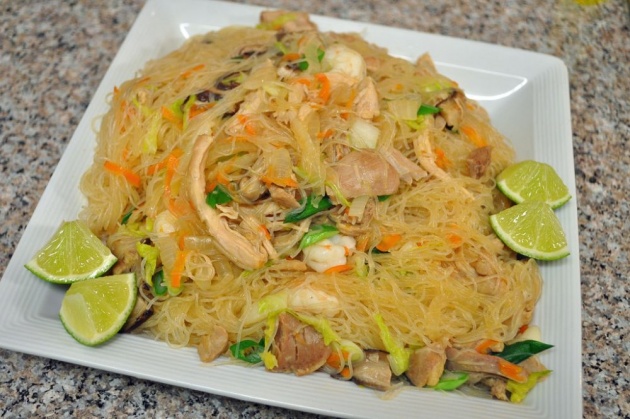 Pasta and noodles are also in high demand during New Year because it is believed that it help you reach a long life. Its long strands symbolizes longevity. Just like on Christmas, the Filipino-style spaghetti, pancit bihon, and pancit palabok are the most popular recipe. Others also prepare carbonara, while some wealthy people would eat Italian-style pasta and other fancy pasta recipes which are too difficult to spell and pronounce.

I know this is a blog about Filipino superstition, but did you know that in China, you should slurp the noodles without breaking it. You shouldn't chew it too. Wow, that's tough especially when the noodles are very long!

Of course, the superstar of any Filipino celebration is also in high demand on New Year. Filipinos buy lechon particularly the lechon baboy (roasted pig) because eating pork on New Year also brings luck. The pig moves its snout from the ground then moving it forward and upward. Its movement represents rising from hardships or difficulties and achieving success.

People usually buy a whole roasted pig during such special occasions, but people on a budget can also buy it per kilo because a whole roasted pig is expensive. Lechon baboy is very delicious (sorry for all the vegans who would read this) but a very unhealthy food at the same time as it is rich in fat and bad cholesterol. Too much of lechon baboy is dangerous so don't forget to always remind your loved ones especially the elderly to eat in moderation. 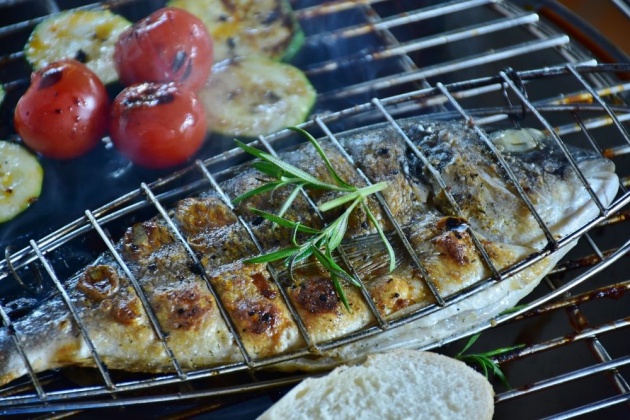 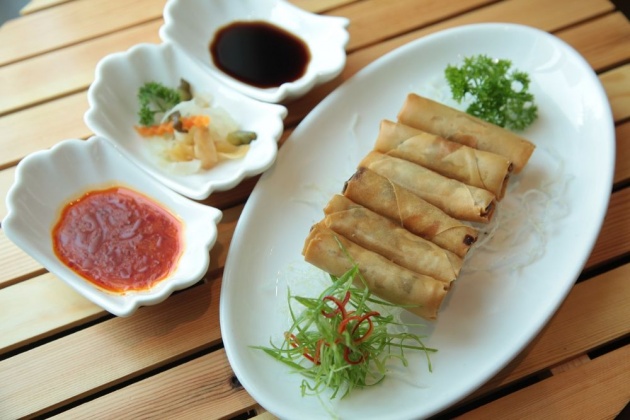 Look who's back on the list as well! "Lumpia" or spring roll may just be known by Filipinos as a staple food during celebrations, but little do they know that it is also a food for attracting luck. Lumpia is believed to improve the family's cooperation and unity all throughout the year. 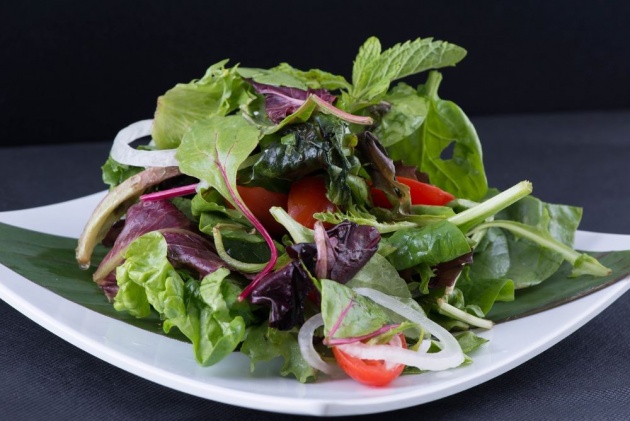 Nuts and seeds symbolizes fertility while vegetables represents money and fortune because of its green color. Well, even though it is a superstition, eating these foods are healthy just like fruits. If it didn't grant its promise of bringing luck, it still made your health lucky, so eat more of these often and not only on New Year. 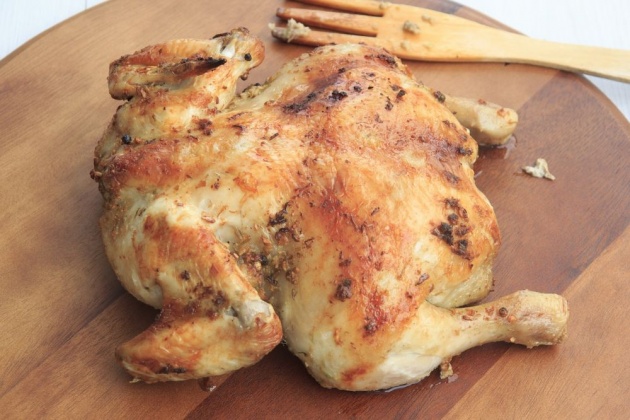 If there are foods that bring luck, there is also a food that is thought to bring bad luck. Chicken. Yes, chicken. It is thought to bring hardship and poverty on the following year if you eat it because chickens scratch the soil backwards and peck its foods which connotes living in poverty. The chicken business are usually unlucky during this holiday due to the superstition. While having chicken on New Year's Eve is unlucky, it is a common New Year dish in other countries and to Filipinos who do not believe in superstitions.

A DELICIOUS FEAST ON NEW YEAR! 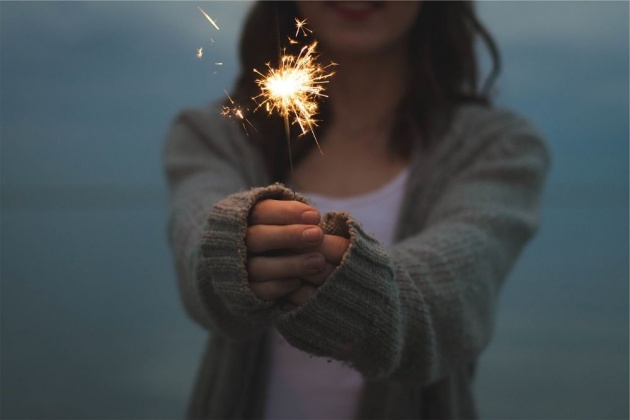 Filipino foods for New Year are delicious and mostly from the list of foods that bring luck. However, you can definitely eat the foods you like for New Year. Always remember that fortune and luck won't come to you if you just rely it on superstitions and do not work for it. Anyway, the foods are all delicious whether they really help attract good luck or not, but do not always forget to eat in moderation to avoid health problems. Instead of gaining good luck, you'll get bad luck by putting your health at risk. Be mindful of what you eat. I guess that's the luckiest thing you can reward yourself for the following year.