"I have no fear of making changes, destroying the image, etc., because the painting has a life of its own."

In 1987, a Spaniard was exploring a cave in Altamira, a small village in Northern Spain. His little daughter was with him, playing in the dark cave. You can well imagine his surprise when a child called out to him that she had just seen the bulls. A lamp was brought and in its light, the shapes of bison and other animals could be seen. They were painted on brown and red colors on the rough surface or the rock wall; they looked as fresh as if they had been done quite recently. Who, the man and his daughter wondered, painted all these pictures and when they do it? 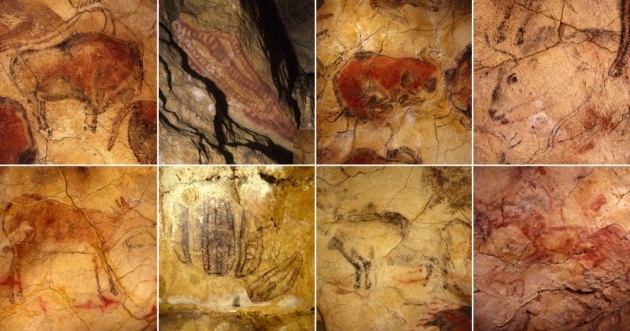 Altamira cave is the finest spot in Spain since discovered in 1879. During 20th century, people amended an inquisitive debate that no humans can really paint as enchanting as these, until they discovered that there are only a few gifted people with this skill. The cave has a height of 300 meters. 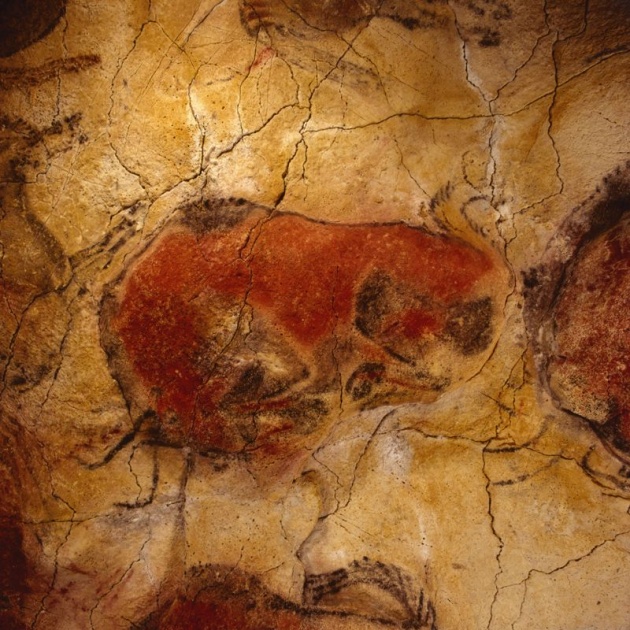 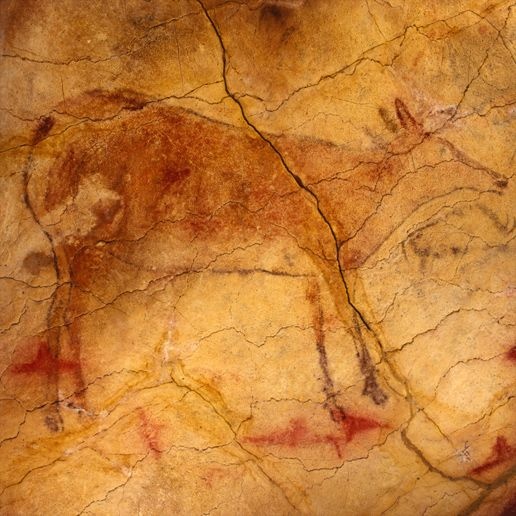 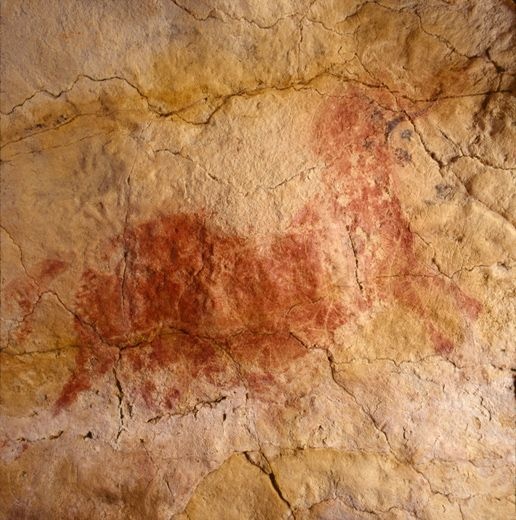 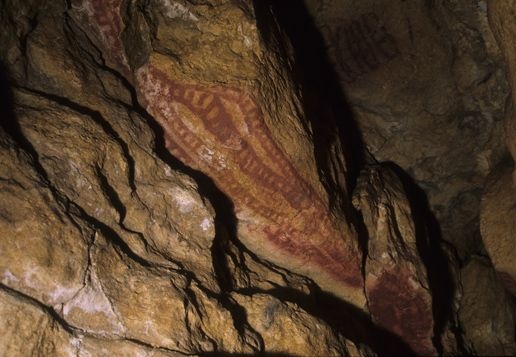 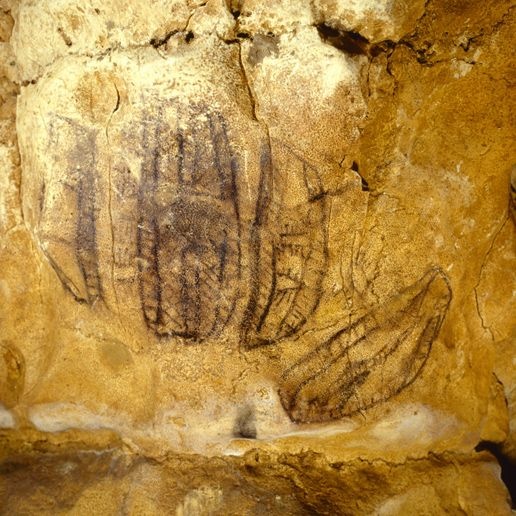 WHAT THE PAINTINGS MEANT

The man has been living on earth for many thousands of years. During the last part of the Ice Age, some 14,000 to 24,000 years ago, life was very hard and was very different from today. Our prehistoric ancestors lived in caves and they needed all their energy just to survive. They got their foods for themselves and their families by fishing and hunting. They hunted large and powerful animals including mammoths, bison, deer, lions, and horses. Our ancestors had few weapons and tools, so they must have felt rather helpless and frightened when they had to go out and kill large beasts. Yet the life of the whole tribe defended on what the hunter can bring home.

Most artists of our times create their works so that the people could enjoy and see them. The earliest artists could not have worked for this purpose because their art was hidden in a cave and other people rarely saw it. Yet their work was very important for the whole tribe. It is thought that the artists acted as sorcerer one who could do things which seemed impossible. His magic was meant to help doubtful hunters and to give strength to the weak.

It seems that the hunters believed that if they had a picture of animal they wanted to catch, their power to capture and kill the animal would be increased. This gave them confidence. We call this belief in magic 'superstition.'

The magician-painter of their prehistoric animals did not want to help the hunters to kill any animals. He wanted him to find the particular bison or the special deer that would provide the best meat or the best clothing. So he showed in his paintings the most desirable qualities of the animal: it had plenty of meat and fat. The painting also showed that the animal was not aware of the hunter so that he could capture it more easily. This is why many buffaloes are painted sleeping, or with such tiny legs that they couldn't move quickly enough to escape.

In a cave of south-eastern Spain is the painting of stag-hunt. Red figures of stags and hunters painted on the rocks. The men are either standing and kneeling and they are using bows and arrows as their weapons. These figures clearly show that the first artists knew about the form of an animal than about the shape of a man. This is not surprising when we remember that the purpose of the artists was to show the stag as the hunter wanted it. To be sure of success, the artist shows one of the stags pierced by an arrow.

HOW THE ARTISTS WORKED

We know what tools the first painters used. Beneath some of the wall paintings, shoulder bones of buffalo had been found. They were used as palettes. The artist may have held his palette by putting his fingers through the hole into which the leg bone had fitted. In some other caves, hollow stones have been dug up. They were used as saucers for paints and as lamps. Brushes were made from bundles of split reeds, or of bristles from the tail of buffalo.

The colors were found in the soil. Ochre earth was ground up for red and yellow. Soot was used for the dark shades and the greenish color was made from the manganese oxide. These colors were mixed with fat. which made them stay on the wall. The paints were very much like those of today.

Before the forming of artifacts, prehistoric artists established Shamanic ritual. Above is the figure of the tools used from animal bones. Some tools are made of stones, belt and strings.

Many cave-painters were combined with engravings. In this technique, the shape of animals was scratched into rock. Recently color was painted into these drawings. Whether engraved or painted, the wall decoration of the earliest artists was surprisingly life-like. Certainly, those artists must have been observers of the movements, forms, and colors of the animals they painted.

Prehistoric stone figures have also found in caves. They were made by hammering stone on stone. Compared with tools of the modern sculptors, the instrument of the early artists seems rough and difficult to handle. A pointed stone, hammered by another stone, was used to shape a figure. The first artist could polish the surface by rubbing the stones against one another.

Stone figures were made for the same reasons as the paintings. When human shapes were carved, they were formed as people would have liked them to be. No doubt the first artist presented the ideals of beauty in those ancient times. 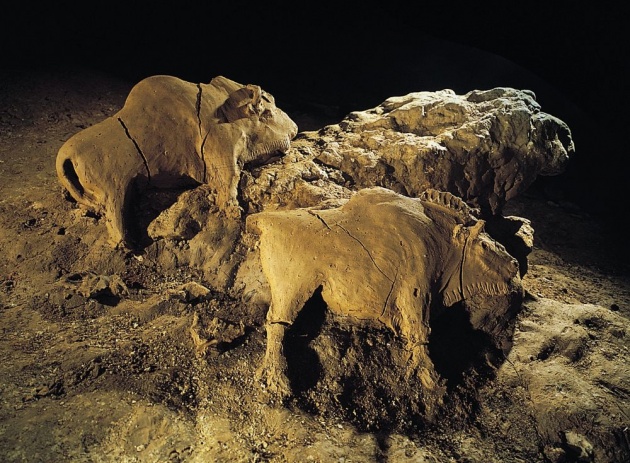 Other sculptor show animals like those in the paintings. A group of bison modeled in clay was found in a cave at Tuc d'Audobert in France. This bison seem to be asleep or resting so that they could be caught easily.

Image powered by Museum of Artifacts

Stones and clay were not the only materials that the earliest sculptors used. Some figures were carved in reindeer hone of from the tusks of mammoths.

Aniconism remained restricted to Judaism, which did not accept figurative sculpture until the 19th century,[18] before expanding to Early Christianity, which initially accepted large sculptures. In Christianity and Buddhism, sculpture became very significant. Christian Eastern Orthodoxy has never accepted monumental sculpture, and Islam has consistently rejected nearly all figurative sculpture, except for very small figures in reliefs and some animal figures that fulfill a useful function, like the famous lions supporting a fountain in the Alhambra. Many forms of Protestantism also do not approve of religious sculpture. There has been much iconoclasm of sculpture from religious motives, from the Early Christians, the Beeldenstorm of the Protestant Reformation to the 2001 destruction of the Buddhas of Bamyan by the Taliban.

THE CAVE AT LASCAUX

We have learned many interesting facts about the life of the early earth-dwellers from their paintings and carvings. We recognized peace and slumber as well as fear and violence in the works of these first artists.

The greatest discovery since Altamira was the cave of Lascaux in France. In 1940, four boys playing on the hillside of the little village of Lascaux crawled through a narrow slit into a dark cave. Some rubble slipped away from under them and they came to a long passage, which contains some of the best paintings ever seen. Gigantic oxen, and horses, painted in grey, black and yellow, are still there in all their original freshness.

Other caves have been discovered, at Combarelles, Font-de-Gaume and Trois Freres in France, and Castille, Novalis, and Pileta in Spain. These have also added a great deal to our knowledge. In the  video above is the cave in Pileta Spain.

There is a good reason to expect that more caves will be found in future years. With these discoveries will come a greater understanding of our ancestors' customs and beliefs. In the meantime, we can think of the earliest artists as men who did an important job for their tribe. They were a source of peace of mind and of hope. This power links them with all great first artists throughout history. 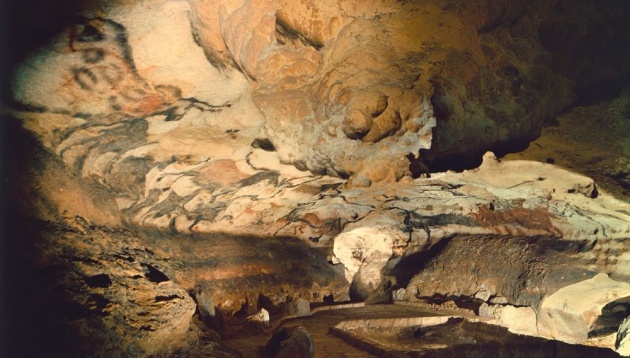 The cave at Lascaux was closed in sixties era and until now, it can only be seen on book of Art Museum. The book has thousands of stories and illustration of the cave that can also bring us to their times. 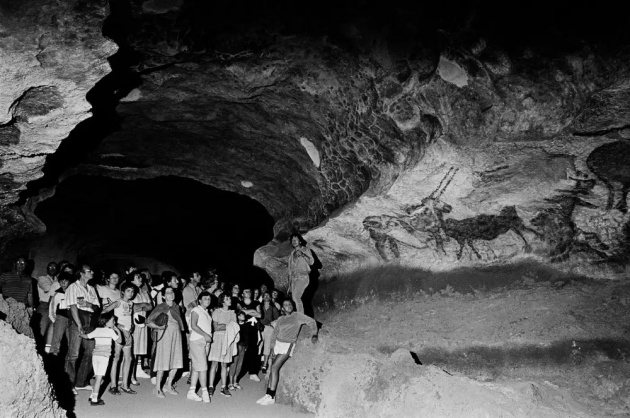 The tourists amazed to see what is inside the cave and they're lucky it was open when they came in. The government prohibits Lascaux cave to be visited today due to the organisms lived inside that can transmit diseases.

All rights reserved. No part of this

article may be reproduced without special

credits in writing from the publishers of Wikipedia, National Geographic Magazine, Uiowa.