Far, far back in some parts of the world, man discovered that a floating log would support his body. After he had become used of the idea of venturing upon the water, he tried lashing two or more logs together to form a raft. This did not turn over as easily as the single log and it could be used to carry cargo. 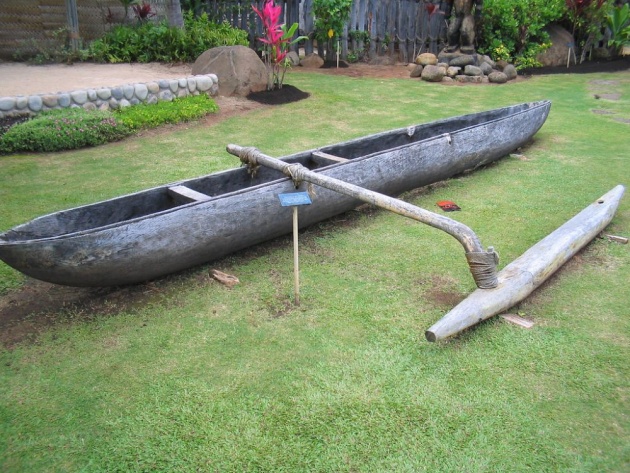 These early crafts were not really boats as we know them. The first proper boat was the canoe. The earliest kind of the canoe was the dug-out, which Stone Age manmade by hollowing out a single log. These boats were propelled by paddles. Later, canoes were made of a wooden framework covered with hiding, bark or a watertight woven material. These were followed by the canoes made by thin slabs of wood tied or stitched together or fastened to an inner frame by wooden pegs. 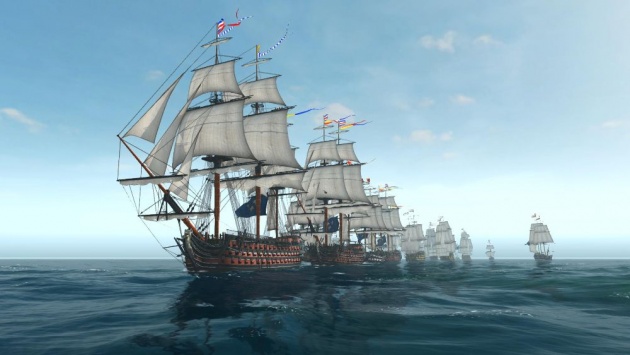 Two developments caused a revolution of the ship design. They were the adoption of steam for propulsion and the use of iron for building the ships, instead of woods. By 1860 steam-driven ships were metal hulls had begun to replace wooden sailing-ships. 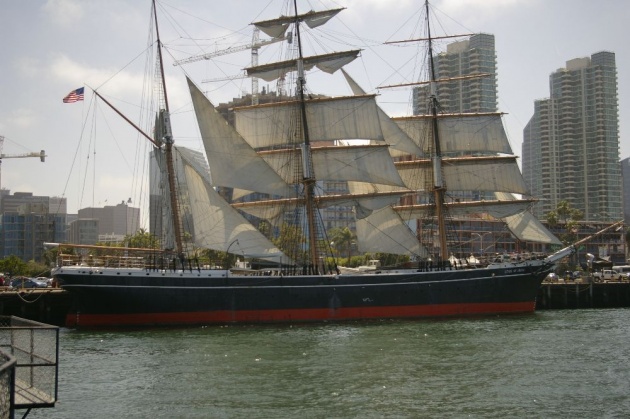 As early as 1777, shipbuilder had experienced the iron hulls. But some people insisted that irons would not float. Other complained about its effect on the navigator's magnetic compass. These were some sense of this, for the iron's magnetism turned the needle of the compass away from the true north. This difficulty was overcome in the 1830s when navigators worked out a way to correct the error of the compass.

Hull materials and vessel size play a large part in determining the method of construction. The hull of a mass-produced fiberglass sailboat is constructed from a mold, while the steel hull of a cargo ship is made from large sections welded together as they are built 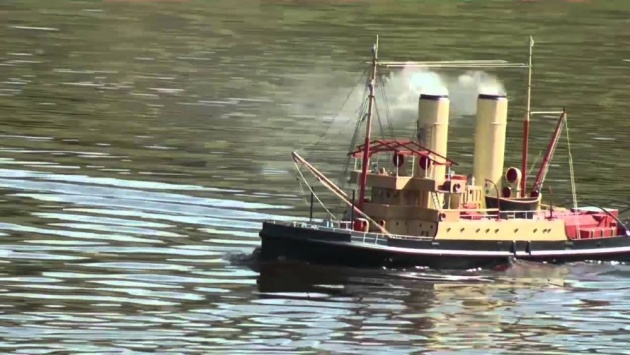 Towards the end of the 18th century, the Scottish inventor James Watt showed the world how to harness the power of steam. One of the first men used this force to propel a boat was the Marquis de Jouffroy, a Frenchman who build several steamboats before 1785. At about the same time, John Fitch was building paddle driving steamboats. One of these carried passengers up and down the Delaware River between Philadelphia and Trenton. Another pioneer of steam-powered vessels was William Symington, a Scottish engineer. IN 1802, one of his steamboats successfully towed barges on the Forth and Clyde Canal in Scotland.

It was an American, Robert Fulton, who made the steamboat a practical commercially successful means of water travel. Fulton began his career as a portrait painter but later turned his creative mind to the invention. He thought out various industrious devices and also drew out plans for the submarine.

With Robert Livingstone, the American MInister to France, Fulton built the Clermont in New York. When the boat was being built, people jeeringly called her 'Fulton's Folly' and predicted that she would be a failure. Their prophecies proved false, however. The long, slim vessel was launched in August 1807. Trailing behind her a plume of black smoke, the Clermont steamed up the Hudson River to Albany- a distance of 150 miles (240 kilometers)-in the unheard-of time of 32 hours. 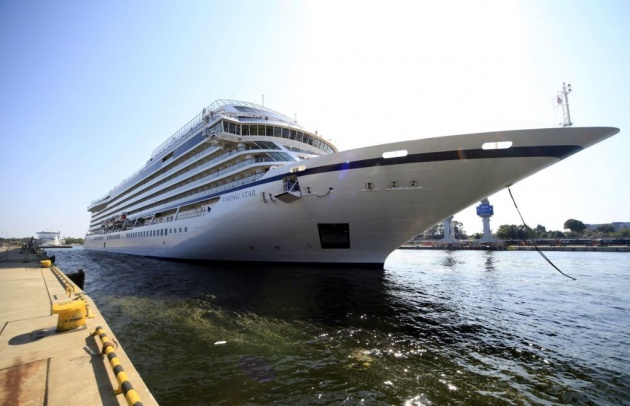 People were at least ready to accept the steamboat. Within a few years of Fulton's success, steamers were sailing the coastal waters and rivers of both Europe and America. Britain was at the forefront of these developments. In 1812, The Comet began a passenger in Europe. The Clyde Shipyards began to turn out more and more steamships. Services started between London and Gravesend, London and Margate, and Holyhead and Dublin. In 1881, The Rob Roy began regular sailings between Dover and Calais. America, as many people moved Westward, steamboats appeared on the Great Lakes. Side-wheel steamers with towering smoke-stocked churned the muddy waters of the Missouri, Mississippi and Ohio rivers, carrying a constant flow of passengers and freight.

Passenger ships are subject to two major International Maritime Organization requirements : to perform musters of the passengers within 24 hours after their embarkation and to be able to perform full abandonment within a period of 30 minutes from the time the abandon-ship signal is given. 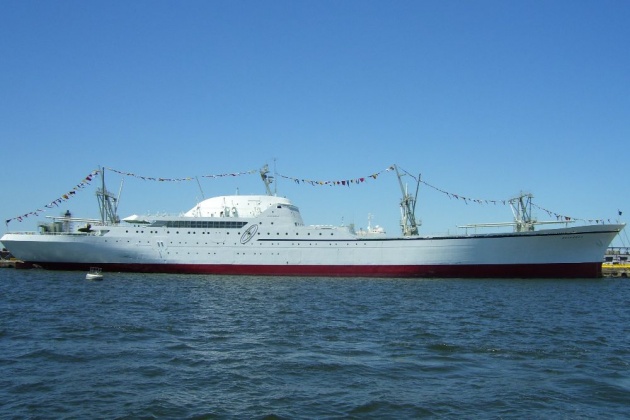 The first steamship to cross at the Atlantic was the Savanna, in 1819. Equipped with an engine and side-paddled wheels, as well as the usual sails, it sailed from Savannah, Georgia, to Liverpool in 27 days. However, most of the voyage was made under the sail.

In 1825, the British ship Enterprise sailed from England to India by the way of the Cape of Good Hope (The Suez Canal had not been yet built) in 113 days. Steam power drove the ship for 64 days of the run; 29 days were spent under the sail, and 10 days were required for taking on more coal. A few more years later, the Enterprise crossed to the Indian Ocean and steamed up the Red Sea to the Istanbul of Suez in 54 days. This voyage showed that there was a short route for England to India by the way of the Mediterranean and the Red Sea. Ships that followed the enterprise saved a month's time even though their cargoes had to be transported overland between these two seas. 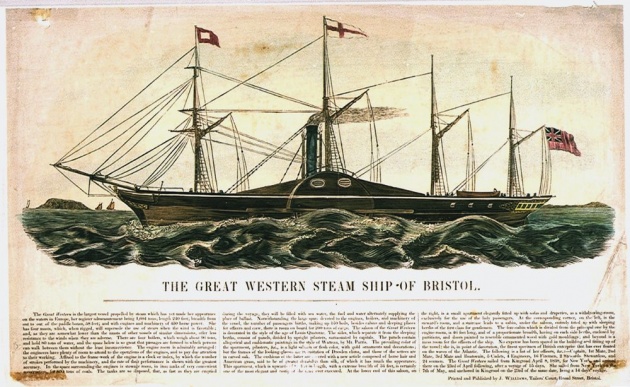 The ocean-going vessels mentioned so far were really sailing ships to which engines had been added. It was not long, however, before a true steamship was built.

The keel of this vessel- the Great Western (above image), a wooden paddle-steamer 216 feet (66 meters) long- was laid in England in the late 1830s.

The ship's designer was Isambard K. Brunel, an engineer. Before turning to ship designing, he had built tunnels, bridges, and docks and had been chief engineer on the construction of the Great Western Railway.