The Ghost of The White Woman 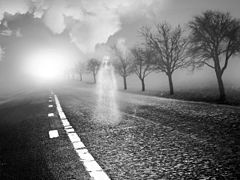 I think most of us enjoy a good  ghost story but how many of us actually believe they exist?

I erred on the sceptical side for many years but having experienced something strange back in the 1980's I'm a little more believing.

This experience combined with two tales that I was told by two down to earth people, has definitely changed my opinion.

This tale came from great aunt who was a wily old bird.  She lived to be 104, had been born in the 1880's in London and, having reached the age of 16 became a nursery nurse.  She then progressed to the position of nanny.   During her time as a nanny the family she worked for had to move back to  their home county of Norfolk due to the death of the gentleman's father.  Auntie Nell was always an adventurous soul so she made the big decision to move to Norfolk with her employers.

She loved working for the family and remained in touch with them until the day she died.

She hadn't been in Norfolk long when the two children decided one August day that they wanted a picnic tea.  Auntie Nell got permission to take out the pony and trap, packed up some sandwiches, cake and lemonade, loaded them into the trap along with the children and they set off.

A couple of miles down the road the children decided it was about time to start their picnic so Auntie Nell steered the pony and trap into a dusty track which led to the next main road.  They hadn't gone far when the pony stopped and refused to move further.  Auntie Nell happened to see a mist coming towards them from a field of wheat on her left.  There was no reason why there should have been mist as the sun was shining down brightly and the sky was clear blue.  The mist drifted in front of the pony and disappeared when it got halfway across the field to the right.  The pony then carried on quite happily.

On their return back to the house following the picnic, Auntie Nell asked some of the household staff who lived locally if they knew why a mist would form on such a bright sunny day.  Not having much experience of country life she wondered whether it was normal.  They told her that there was a tale of a woman dressed in her white wedding dress wandering around the dusty track looking for her lover.  Apparently he'd arranged to whisk her away and marry her as her father had made arrangements for a marriage to a cruel and heartless man and he wouldn't take no for an answer.

For whatever reason, the lover didn't turn up.  Many say that the fiance had discovered his wife to be had a lover.  He'd challenged the lover to a duel and unfortunately the lover paid the ultimate price.  We'll probably never know but there must be something to the story as that dirt track is now a minor road with houses either side and is named White Woman Lane.

I have no reason to doubt Auntie Nell.  She was plain speaking and didn't suffer fools gladly.  She smoked like a chimney, worked as a telephone exchange operator from her front sitting room for around 30 years, being forced into retirement at the age of 80 as exchange operators were no longer required.  She had a tot of whisky in her morning coffee and finished off her evening meal with a bottle of Guinness.

I can't believe she would have made this up and, bearing in mind the road is now named White Woman Lane, it tends to bear out the story. 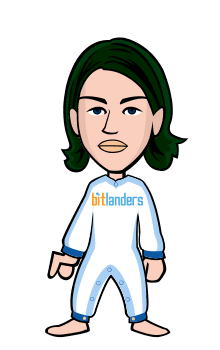 The Truth About Halloween Traditions That You Didn't Know About

Image Credit:PBS / Edited via Photoshop As the year turns, Halloween is now once again coming for us…

The Price Tag of Getting Married

Today's blog is just a thought which I badly want to get into typing or writing, whatever it is call…

Lithuanian Wedding Customs and Traditions Photo credit:letter2uu.blogspot Edition by Amber255 via B…