The Greatest Batman Movie You Have Never Seen: Batman: Mask of The Phantasm

When it comes to screen adaptations, Batman has seen his share of ups and downs. There was the good (Tim Burton’s 1989 movie adaptation), the bad (Joel Schumacher’s 1997 travesty, Batman and Robin), and the hilarious (the 1966 movie starring Adam West). Then came Christopher Nolan’s Dark Knight Trilogy (2005-2012) (Batman Begins, The Dark Knight, and The Dark Knight Rises), which has arguably become the gold standard for comic book movie adaptations.

But before Nolan graced movie audiences with his magnificent vision of Batman, another movie, with modest production values and awe-inspiring ambitions, set the bar. That movie is Batman: Mask of The Phantasm (1993).

Originally intended as a two-part episode of the animated series (a brilliant adaptation of the comics in its own right), Warner Bros. suddenly decided to turn it into a feature film to be released in theaters Christmas of 1993. Rushed into production, and with a budget of only $6 million, the resulting movie, Batman: Mask of The Phantasm, was nothing less than the best Batman feature film produced up to that point.

With a brilliant screenplay (influenced by the seminal graphic novels Batman: Year One and Batman: Year Two), energetic direction by Eric Radomski and Bruce Timm, and top notch voice work by Kevin Conroy as Batman and Mark Hamill as The Joker, it was the movie die-hard Batman fans had been dreaming of for decades.

Alas, poor publicity, combined with the film’s dark tone (it is an animated film after all), doomed the film at the box-office, despite praise from esteemed critics Siskel and Ebert, and Richard Corliss.

Now, more than twenty years later, Batman: Mask of The Phantasm has aged very well, thanks to the sheer force of the storytelling and its reverence for the source material. A must-see for fans of The Batman and DC comics. 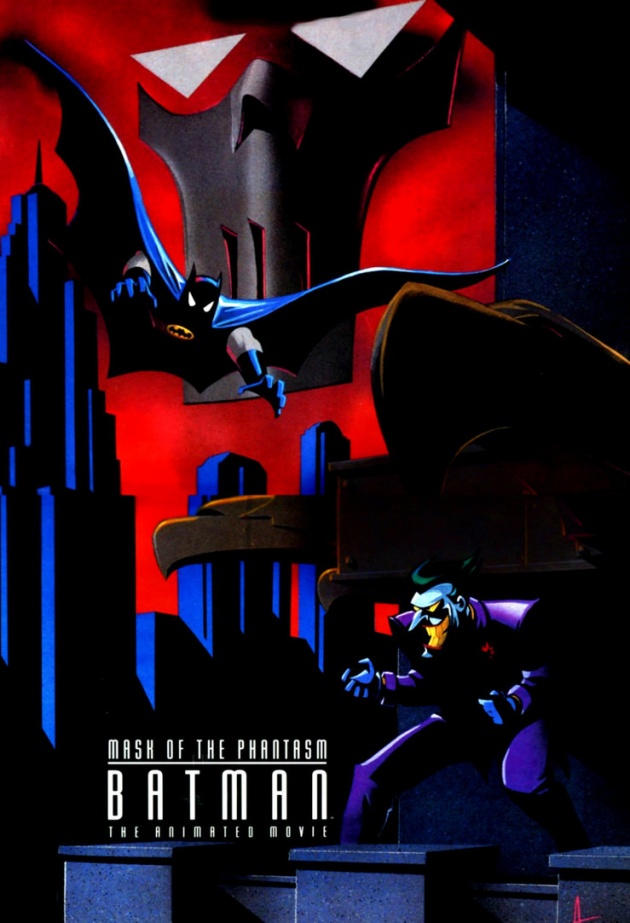